In Light Of COVID-Era Revenue Revelations, Is A Rush Of Online Casino Legalization Coming?

Early 2021 action in Indiana and Connecticut is encouraging, but iCasino faces its share of obstacles 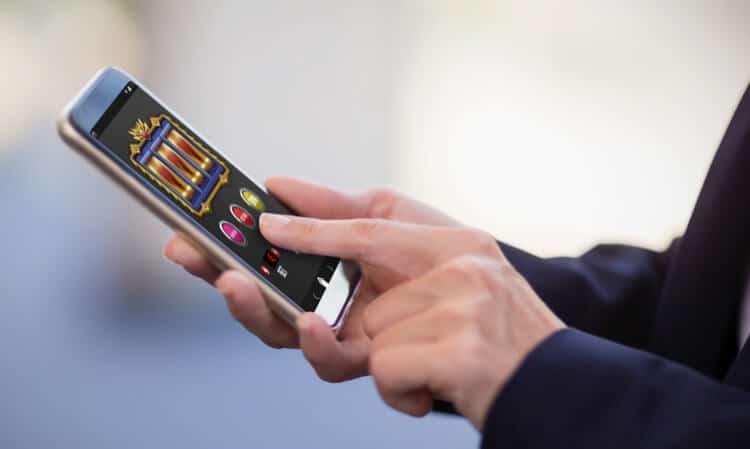 Less than two weeks into the new year, Indiana legislators filed House Bill No. 1406, a proposal to legalize and regulate online casino gaming in the Hoosier State.

A week later, Connecticut introduced SB 146, which seeks to legalize online casino along with online sports betting in the state.

Ever since May 14, 2018, the sports betting legalization rush has been on, leaving the former darling of virtual gaming — online poker —in the dust, and mostly shoving aside online casino as well.

But a little more than 2½ years into the sports betting boom, 2021 is showing signs of perhaps marking the beginning of online casino gaming’s moment.

For some, iCasino is a harder sell than sports gambling, and it’s impossible to imagine it progressing as quickly. In the last 32 months, 19 states have taken legal single-game, Las Vegas-style sports wagers for the first time, and five more have legalized some form of the activity and are awaiting launch. That’s not going to happen with online casino.

Still, due to some combination of predictable inevitability and unpredictable circumstance, a few iCasino dominoes are undoubtedly beginning to wobble, setting up 2021 and 2022 to be pivotal years on that front.

Casino and sports ‘go together’

Michigan sits in a central position at the moment, having just launched sports betting last week while online casino and online poker are legal and awaiting the “go” date. When those first hands of virtual blackjack are dealt and those first mobile slots reels are spun, Michigan will join Delaware, New Jersey, Pennsylvania, and West Virginia as the fifth state to offer iCasino.

Brandt Iden served in the Michigan House of Representatives from 2015 until the end of 2020 and was a sponsor and driving force behind the gaming expansion bills that Gov. Gretchen Whitmer signed in December 2019. Interestingly, he notes that his push to regulate this activity began before sports betting was even a glimmer in most legislators’ eyes.

“At the start, it was just an iGaming bill,” Iden, who is now the U.S. head of government affairs for Sportradar, told US Bets. “Slightly before I got my first veto, PASPA was repealed, and then we added the secondary piece, sports betting. So the conversation in Michigan really was led by iGaming. And, as I’ve always said, these two go together in a lot of ways. In my opinion, if you’re going to take a product to market, you might as well go for the whole enchilada.”

Legislators and gaming interests in most states have, to this point, not shared Iden’s views on giving the gambling verticals equal consideration, leaving us with about five times as many states that have passed sports betting bills as have signed off on iCasino.

Sara Slane, a former executive with the American Gaming Association who now runs the gaming consulting firm Slane Advisory, stated on the Gamble On podcast last week that she remains “skeptical about online casino being enacted” on a large scale despite encouraging signs early in 2021.

“It’s just a harder sell,” Slane said. “When there’s a vision of being able to play slot machines on your phone, or blackjack, it just is a higher hurdle, I think, for legislators to adopt. [Also] it’s a lot harder, I think, to get existing casino operators, parimutuels, lotteries, tribal interests, all on the same page when it comes to legalizing online gaming.

“Online sports betting has been different because, for states outside Nevada … it’s not like it was something that they viewed as competing with something that they already had. So, if you have slot machines and table games and card rooms and poker … now you’re saying, ‘Well, I’m giving you a more convenient way to do that, And you don’t necessarily now need to come into my casino.’ Versus sports betting, which was, ‘I don’t even have it in my existing casino, and so I don’t really view that as a threat.’

“I’m not saying I agree with that,” Slane noted, “but I do think that [online casino] is a much harder piece of legislation to get passed.”

The question for many is how the events of 2020 might change that equation. With COVID-19 forcing at least temporary closures of every casino in the U.S., and with most reopening to capacity restrictions and diminished revenue, online gaming took on unforeseen added value.

Nationwide, commercial casino gaming revenue dropped 78% in the second quarter of 2020 compared to the previous year. While Q3 and Q4 saw less drastic declines, there were still massive decreases in revenue — except in the states that allowed online casino gaming.

In New Jersey, total gaming revenue dropped by slightly over a half-billion dollars from 2019 to 2020, a modest 16.9% decline, with online gaming win doubling to $970.3 million. That’s the difference between a down year and a disastrous year.

In Pennsylvania, total gaming revenue declined by 22.2%. But the $1.4 billion drop in brick-and-mortar revenue was partially offset by $565.8 million in online casino profits in the first full year of the activity.

For gaming operators and tax collectors alike, the message should be clear: If land-based casinos have to close their doors for days, weeks, or months in the future for whatever reason, iCasino acts as a lifeline.

“States are talking right now a lot about revenue, and that’s important,” Iden said. “Consumer protection, I think, is paramount. I believe legislation that is passed, like we did in Michigan, has to have a problem gaming component. That has to be a critical part of the discussion. But if we’re looking at a revenue piece, you’re going to be able to gain more revenue out of the iGaming piece than you probably are the sports.”

So will the lessons learned during COVID translate to online casino legislation?

“That remains to be seen,” Iden said. “I think it’s a little early to see what plays out on that front. Obviously, as these legislatures return back to their work, their primary focus is protecting folks, keeping people safe, and dealing with the pressing issues before them as it relates to COVID. However, in amongst all of that conversation is the revenue piece. And because of that, these bills are going to start to pop up, they’re going to become more prevalent, and more conversations are going to happen.”

Slane suspects that a state like Indiana, should it pass its iCasino bill, will be more an outlier than a trendsetter, at least for now.

“Indiana already has existing online sports betting, and casino properties, and has started moving down that path. But [without that framework], I think it’s a pretty tough sell,” Slane said. “I think everyone sort of held out hope [that] maybe because of COVID and there being so many terrible budget shortfalls … I think that that helps, but I don’t think it’s going to be the reason why now all of these states are going to enact it.”

Iden, who notes that even before the pandemic fears of online casino cannibalizing B&M casino play were proving unfounded, is more hopeful about what might happen in 2021.

“I think it’s going to be an active year,” he said. “This is, for the most part, a non-political year, in so much as it’s a non-election year, which is better for more policy getting done, typically.