Take a look at the most interesting pieces of news from the past week in the world of gambling, brought to you by US Bets. 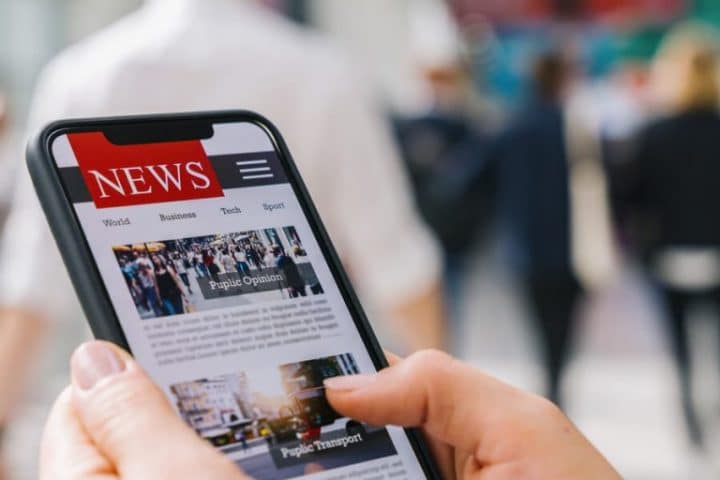 In this installment of a weekly roundup from US Bets, we’re giving you a rundown of some of the more interesting new nuggets from the world of sports betting and beyond.

On Monday, the betting favorites across the three major pro sports had a great day. That was bad news for sportsbooks, as parlays involving many of the teams cashed. Sportsbooks love parlays because they are especially negative EV (expected value) for the gambler. Through the first seven months of 2020 in New Jersey, sportsbooks held onto a whopping 17% of the parlay handle.

One longtime Nevada bookmaker commented to ESPN about the favorites having nearly a perfect day for bettors: “The 20-1 mark is something. I can’t remember something that bad.”

Another bookmaker said that it was the worst day for the industry in 2020.

The bad day is just one day, as sportsbooks are still very unlikely to have a losing August.

Australia is apparently getting much tougher on underage gambling. It’s not that surprising considering that Australia has one of — if not the — highest per capita gambling spends in the world.

This week, The Star Sydney casino was hit with a relatively large fine for allowing a 12-year-old onto its gaming floor to gamble, in addition to two instances of teenagers doing the same. The casino was fined $43,000 in U.S. dollars for the 12-year-old alone, and $64,500 in total. While that fine might seem relatively small, CNN reported that the largest fine previously for minors on casino premises in the country was $5,000 USD.

That’s more than an eight-fold increase for the penalty.

Mike McDonald, a poker pro from Canada, stands to win a rumored $200,000 if he’s able to make 90 out of 100 free throws by the end of the year. McDonald this week got extremely close, hitting 89 in a live-streamed session. There’s no official number on what he stands to win or who he bet against. It could have been a collection of individuals betting against him, or it could have been a single wealthy individual.

The prop bet came together this spring, and McDonald reportedly has been working hard on his shooting. He has no professional basketball experience, so his progress does appear to be impressive.

Many people are speculating that him winning the prop bet is inevitable at this point.

Here's a video of the end of my 89/100 choke pic.twitter.com/KJ4SPcoGcB

Barkley with the gambling itch

Former NBA star Charles Barkley loves gambling, and he’s been very open about his penchant for the activity. According to Barkley himself, he’s down about $20 million lifetime from gambling, the result of high-stakes trips to Las Vegas. Who knows if the admission of $20 million in losses is the truth (those with problematic gambling behavior are known to under-represent losses), as Barkley admits he doesn’t recall all of his gambling sessions, but his candor on the risks with gambling can be viewed as a breath of fresh air.

This week, on an NBA broadcast, Barkley apparently made a tongue-in-cheek public plea to have FanDuel Sportsbook let him wager. If Barkley is unable to bet, it’s most likely because he’s an NBA insider and not because he’s self-excluded from gambling via the online book. Fellow analyst Shaquille O’Neal had a witty reply.

Charles Barkley: "C'mon, FanDuel, give me a special exemption [to bet]."

The sole winner of a 2018 Mega Millions drawing worth more than $1.5 billion was the victim of a massive fraud, federal authorities in New York alleged earlier this week. The anonymous South Carolina resident claimed a nearly $880 million cash option in the spring of 2019, but he or she was quickly the victim of a $107-million fraud scheme that also included a pair of other lottery winners.

After paying taxes and being the victim of the alleged fraud, the South Carolinian should still have around $400 million in prize money. That should be more than enough for a lifetime.

A South Carolina winner of a $1.53 billion Mega Millions jackpot drawing was defrauded out of tens of millions of dollars, federal authorities announced this week. @brianpempus on the alleged scheme by a self-proclaimed "lottery lawyer": https://t.co/RH02pzUNqh pic.twitter.com/Y5APB1gImG

The November election is barreling toward us and there’s a lot of wagering overseas on the outcome. No regulated U.S. sportsbook can take action on Trump vs. Biden, but people within the U.S. can place relatively low-stakes trades on the prediction exchange portal PredictIt. The site recently announced that it had record trading handle last week ahead of Joe Biden’s VP announcement.

As Biden sits as a roughly 60-40 favorite to win on PredictIt, the website this week decided the timing was right to open up a market on the 2024 election. It might seem very premature, but Ladbrokes, a leading sportsbook in Europe, actually released 2024 odds months ago.

As of Friday, more than 8,500 shares on PredictIt have been traded, with Democrats sitting as a slight favorite. You can’t yet trade on any individuals for the 2024 election. It’s unclear when that will kick off.

New Market: Which party will win the 2024 U.S. presidential election?https://t.co/WgdrBAhDit

Massive potential payday on the Bengals

The Cincinnati Bengals aren’t expected to be very good this upcoming season, but BetMGM, one of Indiana’s legal and regulated online/mobile sportsbooks, took a $5,000 wager on the team at +25000 odds to be the No. 1 seed in the AFC playoffs. The bet would pay out a whopping $1.25 million.

It’s unclear where the bettor was located, but we’ll assume the bet was placed by a diehard Bengals fan living in or around Indiana. Downtown Cincinnati is only a short drive from the Indiana border.

BetMGM trails far behind DraftKings and FanDuel in the Hoosier State, so the sportsbook is of course looking to take as much NFL action as it can. The Bengals aren’t a popular betting pick, even at those odds.

Over the weekend, sportsbook @BetMGM reported taking a $5,000 bet on the Bengals to be the No. 1 seed in the AFC playoffs this season.

Australia attempts to clean up some online behavior

The gambling industry in Australia reportedly is taking proactive measures to curb online abuse directed at athletes, which has included death threats. According to The Sydney Morning Herald, sportsbooks announced that they “would cancel any accounts linked to people who are found to have engaged in such behaviour and will work with professional sporting codes and police to track down culprits.”

It’s reportedly a zero-tolerance policy. Could something similar happen one day in the U.S.?

"Australia's gambling giants will ban punters who threaten professional athletes on social media under a "no tolerance" policy to protect sports stars."