Why Isn’t Online Poker Getting Dealt Into The Gambling Expansion Game?

While sports betting explodes and iCasino rakes in the money, iPoker is spinning its wheels 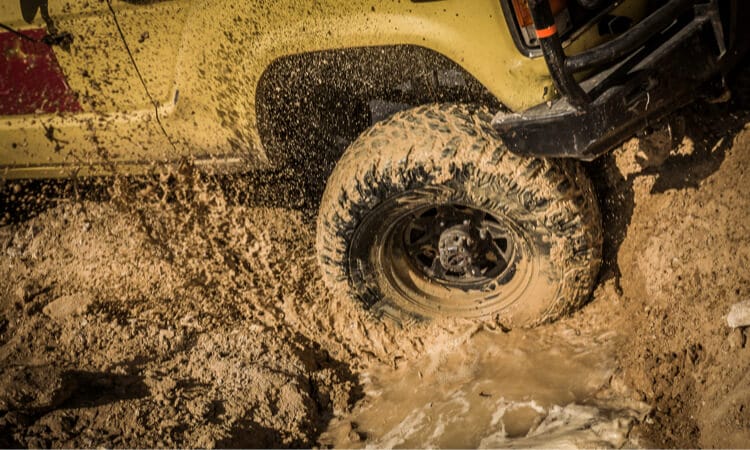 There was a time when online poker was the dominant form of online gambling. As far as many Americans knew — those who were unaware of offshore sports betting operators but who regularly saw TV commercials for PokerStars or Full Tilt Poker or PartyPoker — it was the only form of online gambling that existed throughout the first decade of the current millennium.

Back then, nothing was regulated in the U.S., although online poker wasn’t explicitly illegal to play either. Fast-forward to 2022, when online gambling in one form or another is fully legal and taxed in 22 states plus Washington, D.C., and online poker is an afterthought.

Sports betting is leading the way. Online casino is filling the coffers. And iPoker is stalled out.

In 2013, Delaware, New Jersey, and Nevada all launched regulated online poker. Pennsylvania passed legislation in 2017 and finally began dealing virtual hands in 2019. Michigan made it five states just shy of a year ago, on Jan. 29, 2021.

And that’s it for now. Twenty-two states allow online sports betting (21 of which added it since 2018), and only five of those same states are regulating online poker games. Connecticut also recently legalized it but hasn’t launched yet, whereas sports betting and iCasino launched promptly in the Nutmeg State last year. And in West Virginia, iPoker could have launched along with online casino in 2020, but it didn’t and still hasn’t. And there isn’t exactly a whirlwind of new online poker bills whipping through other state legislatures at the moment.

To some extent, it seems online poker expansion is a casualty of sports betting expansion.

Distracted by the ‘shiny object’

US Bets asked John Pappas, the founder and CEO of Corridor Consulting and the former executive director of the Poker Players Alliance, if legislators are so focused on sports betting these days that it’s distracting them from the online poker option.

“I think that’s fair,” Pappas said, “but I think that’s also driven by the gaming industry itself. In other words, the attention of lawmakers is where the industry wants to focus its attention. And I’m not only using ‘industry’ to mean the gaming industry, but the financial markets also. Sports betting is all anyone’s talking about. It’s a very shiny object that is certainly drawing a lot of attention, and it’s drawn attention away from poker — a still immensely popular activity, one just not as flashy as sports betting.”

Continued patience is recommended for those waiting for online poker to come to their state. Pappas thinks we’re at least two years away from meaningful movement on the iPoker expansion front.

“I think online poker is intrinsically going to be tied now to the future of online casino gaming, and what we’re looking at for expansion is a two- to five-year horizon from now,” Pappas said. “That’s when I think you’ll see the most significant growth in the opportunity for people to play online poker.

“If you ask a politician if they support poker, they’re probably going to tell you they do. But if you ask an online gaming company if they support poker, they’ll probably say, ‘Yeah, it’s nice, but we make a lot more money doing something else.’ So, poker, I think, can be the lead when you’re talking with politicians, but for the industry, I think they view poker as really an ancillary offering to the other casino-style games.”

Casino is where the jackpots are

What a change in attitudes that is from years past, especially around 2013, when poker was leading the charge and online casino was occasionally inserted into the conversation. And it’s plain to see why iCasino takes priority these days. One quick glance at the bottom line explains it all, from both a state tax revenue standpoint and an operator revenue perspective.

In 2021 in Pennsylvania, online poker generated $32.4 million for the state’s operators and online casino produced revenue of more than $1.08 billion — more than 33 times as much as iPoker.

In 2021 in New Jersey, online poker brought in $29.9 million for operators and online casino yielded a stunning $1.34 billion — nearly 45 times as much as poker.

Michigan doesn’t separate iPoker from iCasino in its reports, but given that only two poker sites, PokerStars and BetMGM Poker, launched in the first year and haven’t been followed yet by WSOP.com or PartyPoker, it’s reasonable to assume Michigan isn’t seeing any substantially different ratio in favor of poker.

Pappas describes online poker as “a great customer acquisition tool,” a vertical that can draw players to a site and open a door for the operator to lead them to sports betting or online casino play — especially because poker keeps them engaged on the app much longer than sports betting, which often attracts users to log in just long enough to place a bet and then log out.

It’s much like brick-and-mortar casino poker rooms in that sense. You come to play poker, you generate a modest rake for the house, and maybe you lose some money at the blackjack tables on the way out or you bring along a plus-one who feeds the slot machines and buys a sandwich while waiting for the poker session to end. What poker doesn’t do, in either the live or virtual setting, is generate money for the house comparable with the other forms of gambling offered.

It’s not just online poker expansion from state to state that’s stuck in the mud. That’s also the case with the prospect of online poker pooling among players across state lines to create increased liquidity.

Since shortly after they all legalized online poker nearly a decade ago, Nevada, New Jersey, and Delaware have allowed their players to compete in a mixed pool, with the 888/WSOP platform the lone network available in all three states. But no other states or sites have joined in. PokerStars could theoretically pool players in New Jersey, Pennsylvania, and Michigan to create larger prize pools and more active game options. WSOP.com could add Pennsylvania to that existing three-state compact.

Since PokerStars arrived in PA some 26 months ago, the expectation has been that interstate pooling is right around the corner. Hesitation was temporarily ascribed to uncertainty about the reach of the Wire Act, but that has been resolved. And still poker players wait.

On Tuesday, Doug Harbach, the communications director for the Pennsylvania Gaming Control Board, told US Bets of interstate poker pooling, simply, “There has been no movement on that matter.”

The “why” behind that stall-out is anyone’s guess.

By that, Pappas explained that those who operate in one state but not elsewhere could conceivably want to see interstate pooling frozen. But for the most part, the industry, and the players, should be in favor of more compacts across state lines, especially if we’re going to be waiting at least a couple more years for new states to enter the equation.

“I think obviously from a consumer standpoint, if you’re in one of those states, then you definitely want Pennsylvania and Michigan to be part of this larger compact, because it would create a much more dynamic environment to play poker,” Pappas said. “And the more that poker can be connected between states, it’s going to make it a much better sell for lawmakers from a revenue standpoint.”