The Illinois Supreme Court's ruling Friday that daily fantasy is not gambling could, in a roundabout way, bring online poker to the state. 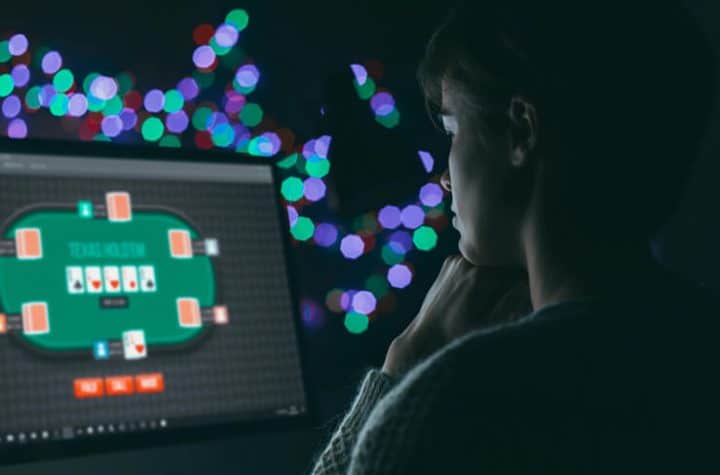 The Illinois Supreme Court’s ruling on Friday that daily fantasy sports is not gambling — which will be news to Nevada regulators, who ruled the opposite five years ago — didn’t just muddy the DFS waters even further.

The ruling also opens the door for online poker in Illinois, according to Justice Lloyd Karmeier, the lone dissenter in the 5-1 decision. And while other state courts are, of course, not bound by what Illinois decides, those with similar gambling laws conceivably could follow the reasoning here to similar conclusions.

Karmeier objected to the majority’s reliance on a series of studies demonstrating how dominant the best DFS players are compared to a casual competitor, thus ruling in favor of defendant Andrew Wu.

The plaintiff, Colin Dew-Becker, lost a $100 head-to-head NBA fantasy game on FanDuel in 2016.

The dissenting judge conceded that “skill can improve or maximize the potential for winning in such contests,” before adding that such edges “cannot determine the outcome.”

A “simple human footrace,” Karmeier says, is a contest of skill because “runners can train for severe weather, divert their routes to avoid competitors, or increase their speed to make up for lost time. But a person who places a wager on the race lacks any ability to control the outcome of the race.”

Setting aside the curious “route diversion” clause, Karmeier set up a distinction that led him to his conclusion.

Where poker comes in

“One example is poker. Our courts, like many other courts, have determined poker and other card games to be games of chance despite statistical evidence that skill dominates.

“Under the majority’s opinion, because studies show skill dominates in poker, these cases are effectively overturned, and poker is now legal. This absurd result could not have been intended by the legislature.”

Now, this argument came on the losing side — and it is even one not welcomed by that justice. But the logic within his argument could lead to a legal quandary for subsequent judges.

How, indeed, can one say that DFS is not gambling because of the amount of skill involved, but reject that logic when it comes to poker?

“There are fundamental differences between poker and DFS in terms of the draw of cards in poker is random, but this certainly opens the door for another poker challenge and perhaps a different ruling,” said Marc Edelman, a tenured sports and gaming law professor at Baruch College (and recent Gamble On podcast guest).

“If I were a company that wanted to do online, unlicensed poker, this decision certainly opens the door to bring another test case,” Edelman added.

But that’s not the only quirk of this ruling.

Here come the experts — out of nowhere in the case

Karmeier also makes another noteworthy point: “From the outset, I must highlight the impropriety of the majority’s reliance on scientific studies — that are not found in the record or in either party’s briefs — to make the factual determination that skill is a predominate factor in a contest,” the judge wrote in dissent.

Karmeier contended that the majority served as an “advocate” for the defense by “hastily accepting the validity of studies that it searched for outside the record” without undertaking any analysis of the validity of the studies.

Making things worse, the judge said, is that the actual evidence in the case “proved that the contest here is clearly a game of chance.”

There is further murkiness in this ruling, which probably should prompt the Illinois legislature into action — once such relatively trivial matters can be put into focus.

Dew-Becker and Wu entered into their head-to-head NBA contest on April 1, 2016, and Wu won handily, 221.1 fantasy points to 96.3. Three days later, Dew-Becker filed a complaint with a lower circuit court.

The plaintiff argued that DFS constituted illegal gambling under state law, so under those same laws, he could seek recovery of his $100.

While the court ruled in favor of Wu, it did so for a few curious reasons. For instance, it claimed that the state’s gambling laws don’t apply when there is “a middle man” such as FanDuel.

The relevant state law says that anyone who gambles and loses $50 or more may recover such losses by going to court.

The appellate court found that even if DFS is gambling, it was not relevant because the plaintiff could not prevail due to the presence of FanDuel eliminating a supposedly required “direct connection” between the bettors.

The state Supreme Court majority rejected that reasoning, however, saying that “the only ‘direct’ connection required [under the gambling law] is that one person lose at gambling to another.

“If a gambling winner’s liability could be avoided simply by having an agent assist with the gambling transaction in some way, the enforcement mechanism of the statute would essentially be negated.”

The Supreme Court justices — though ultimately also siding with the defendant, as the two lower courts did — also rejected another rationale offered by the appellate court.

The latter court claimed that “the [gambling losses recovery] statute cannot work when a DFS contest takes place on the Internet.”

The logic, such as it is, was that FanDuel’s permission to contestants to use anonymous screen names means that “a loser cannot sue a winner when the winner’s identity is known only through a screen name.”

The state’s top court noted that in this very case the loser knew the winner’s name, even though Wu — the winner — had used a screen name in the contest. Further, the Supreme Court noted, nothing in the state’s gambling laws “excludes Internet contests from the statute’s reach.”

Remarkably, there was a third rationale by the appellate court that the Supreme Court rejected.

This one was that siding with the plaintiff would “open the floodgates of litigation” to thousands of DFS losers in Illinois. It would be “absurd,” the lower court claimed, to conclude that the legislature sought such a result.

But the top court found such an argument “speculative,” while noting that the same court that was so worried about the difficulty of uncovering the real names of DFS players in its next breath claimed a decision for the plaintiffs would open the door for thousands of lawsuits.

“Further, and most important, [the state gambling law provision] is meant to encourage the filing of lawsuits as a means of deterring illegal gambling. Any increase in litigation is therefore not an absurd result, but rather the explicit purpose of the statute.”

A fourth — and, mercifully, final — error by the appellate court was noted. This is the claim that the fact that Illinois has been tending toward relaxing gambling prohibitions in general — such as the state passing a sports betting bill last year — means that those prohibitions shouldn’t apply to DFS contests.

Not so fast, the Supreme Court said. The law is the law.

“In the absence of any constitutional infirmity, it is not the role of the judiciary to declare the statute may not be enforced.”

In the very next sentence after the suggestion of the wisdom of judicial restraint, the top court affirmed that DFS is indeed not gambling — a conclusion reached by review of those expert reports that were not even part of the case.

The state gambling law clause in question exempts certain activities from being described as gambling if participants are engaged in “a bona fide contest for the determination of skill.”

The court concedes that “the outcome of every [DFS] contest depends, at least to some degree, on chance.” It then chronicles the three general tests on gambling used across the U.S. court system, citing a paper on the topic by Edelman:

Unfortunately, the Illinois Supreme Court had never chosen its path before, which seems to have played a role in leading the court to look beyond the record of the case to make its decision. In this ruling, “predominate factor” won the day.

Four studies are then cited, specifically showing that “skill is always the dominant factor” in head-to-head NBA DFS contests, such as in the legal dispute at hand. (The court also took note of the fact that skill plays so large a role in DFS that the operators have faced challenges in finding new players once they keep losing out to expert players.)

Based on those studies, Illinois residents — and new potential DFS operators — now know that DFS is legal in the state.

Edelman told US Bets that he “respects the decision” because of that clarity. Edelman said that operators who may have been more cautious — compared to what he calls “gun jumpers” such as DFS giants FanDuel and DraftKings already operating in the state — no longer have to wonder if their platforms could be shut down by an adverse court ruling.

Dissenting judge Karmeier agreed with the majority that facts that there was a “third party intermediary” and that the contest was played on the internet were irrelevant.

Karmeier added that he also agreed with his colleagues’ initial explanation of the “predominate factor” reasoning. But he differed on the meaning of the language.

Citing nearly a dozen legal rulings, Karmeier asserted that “to be a contest of skill, the participant’s efforts or skill must control the final result.” Hence his “footrace” analogy — basically, anyone betting on the results of someone’s else performance is gambling, in his eyes.

Finally, Karmeier and the majority could not even agree whether the sports betting law passed in Illinois last year applies to DFS.

Karmeier insisted that it does — though that issue “has no bearing on the case.” The majority wrote that “the determination of the legislature” will prevail in whether state lawmakers wish to regulate DFS.

The issue of the legality of DFS is liable to continue to pop up in courtrooms around the country.

In New York state in February, a second court agreed with a lower court that DFS violates that state’s gambling laws, invalidating a new state law in 2016 that declared that DFS is not gambling.

“[DFS] contests are not excluded from the constitutional meaning of ‘gambling’ merely because the Legislature now says that it is so,” a New York State Appellate Division Court panel ruled.

The New York Court of Appeals will be the final arbiter in the case, which has not to this point prevented FanDuel and DraftKings from continuing to operate DFS contests in the state.