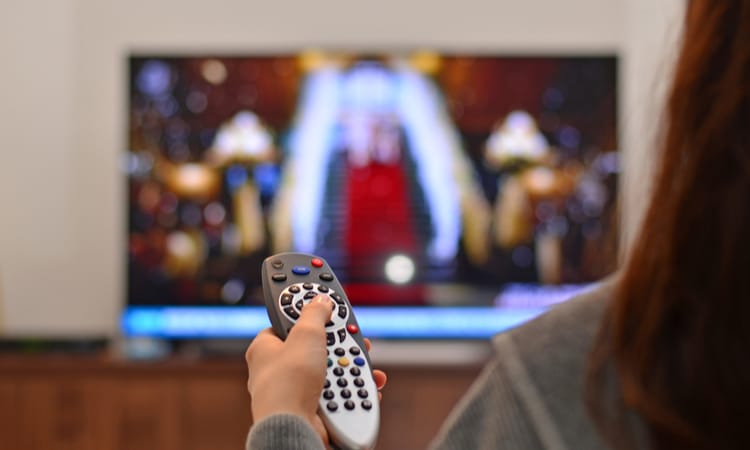 If it seems you’ve been seeing a lot of ads for sports betting operators this year, you’re not mistaken. That’s dependent in large part, of course, on whether you’re in one of the states now with legal sports betting.

If you are, and if you watch television, you would have put eyeballs on a share of the total $153.7 million spent by sportsbook-connected companies on local TV ads in the first quarter of 2021. That’s up from “a mere $10.7 million at the start of 2019,”  Nielsen Co. reported recently as a tracker of such data.

The recent surge in such marketing places online gambling 11th for its local TV spending from among hundreds of different product categories that are analyzed by Nielsen. The ads by FanDuel, DraftKings, and their peers total 2% of local TV ad dollars. (Legal services represent the top category, at 7%.)

An article on the Nielsen website referred to online sports betting as a new “golden goose” for the local TV industry, and one expected to only grow bigger as additional states sanction the activity.

“According to BIA Advisory Services, online gambling has the potential to drive more than $587 million into the local spot TV market by 2024,” the Nielsen article reported. “The company maintains this as a likely forecast, given current trends and the expected addition of sports betting in a handful of states where legislation is pending. This is good news for the local TV market, which accounts for just under 80% of online gambling ads.”

Both the Super Bowl and the NCAA’s men’s basketball tournament — the two biggest betting events on the sports calendar — took place in the first quarter to help drive the onslaught of ads, along with the arrival of legal wagering in states such as Michigan and Virginia.

As might be expected, FanDuel and DraftKings led the charge in terms of advertising, combining with BetMGM to total some 82% of what the sportsbook brands spent on local TV ads. Here’s the breakdown presented by Nielsen:

None of the market leaders cared to discuss their advertising decision-making when contacted by US Bets. It’s possible to surmise some of their thinking, however.

Interestingly, while one would think that sports programming would be the biggest host of such ads, newscasts actually lead the sports genre by 31% to 19% in terms of where such ads are placed, according to Nielsen.

“One reason attributable to this fact is that local news stations have much more control over their total ad inventory (versus sports programming which typically occurs in primetime), and as a result, there is more flexibility to place ads in news,” the Nielsen article noted. It added that “news offers significant reach and an opportunity to engage new spenders, growing the consumer base.”

In Europe, they restrict such things

It wasn’t long ago that FanDuel and DraftKings raised hackles with what was viewed as excessive national TV advertising during the heights of their daily fantasy sports war. In reporting on the new Nielsen data, Sportico noted the two industry giants combined to spend $305.5 million in 2015, arousing scrutiny of their operations by federal authorities and a reduction in such ad spending to $24.3 million the following year.

In Europe, the level of advertising by operators has created a backlash in some countries where concerns arose about problem gambling and exposure to minors watching sporting events. Italy has an all-encompassing ban on gambling-related broadcast advertising, while the United Kingdom bars such ads during game telecasts, known as a “whistle-to-whistle” ban.

No one is yet suggesting the volume or nature of such ads is at the point of causing any similar crackdowns in the U.S., but the potential for it was covered in a recent paper by academics at the UNLV International Gaming Institute, The Marketing Moment: Sports, Wagering and Advertising in the United States.

“There are many lessons to be learned from England,” the report stated. “For one: unchecked growth can lead to a backlash and/or a pumping of brakes — either by the government, or by the industry itself. And second, in the U.S., advertising is due for a critical evaluation now, before backlash emerges.”