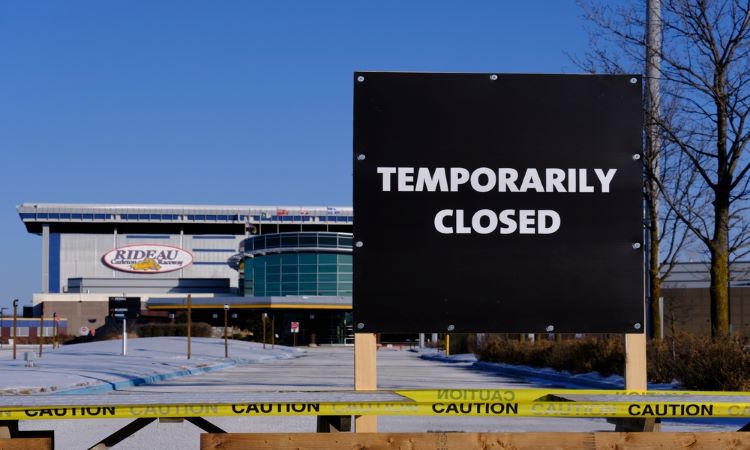 With COVID-19 now in its sixth wave in Ontario and hopefully reaching endemic status shortly, researchers have been studying how the pandemic has led to increased online gambling by residents of the province.

The Responsible Gambling Council’s Centre for the Advancement of Best Practices has collaborated with the Ontario Gambling Research Society on a provincial survey study examining how gambling behaviors, financial stability, and mental health and well-being have been affected. The study, which was released this month, included surveys that were administered in three different waves to over 2,000 Ontarian gamblers 18 years of age or older between April and December of 2020.

“We found that a sizeable percentage of individuals increased their online gambling involvement during this period, spending more time and money and playing on more sites,” said RGC CEO Shelley White. “Those who were at highest risk of moderate to high risk for problem gambling were individuals with severe anxiety or depression, loss of income, gambling while intoxicated, gambling to earn income or to cope with their mental health issues. Young adults, 18-35 years, especially males, and individuals from East Asian and South Asian backgrounds were at the highest risk.”

Ontario’s government declared emergency measures in the province beginning in March 2020, which were followed by a series of rolling public lockdowns in an attempt to help curb the spread of COVID-19. Those forced the closure of many businesses in the province, including land-based casinos.

A number of high-risk motives for gambling online were identified in the study, which included coping to help with negative feelings and financial motives to earn income. Many limitations on social gatherings at the time forced residents into complete isolation, or isolation with their immediate family members for several weeks or even months, depending on where they resided.

Today, RGC met with @ONFinance and @ONTHealth to discuss our timely research report on the impact of COVID-19 on online gambling behaviour and the importance of consumer safeguards in Ontario. #ResponsibleGambling
Read the report here: https://t.co/buxrnsxkv0 pic.twitter.com/ECRfRZeAxV

Another key finding of the study was that Ontarians are using and seeking out responsible gaming strategies and tools. Almost 90% of gamblers said they’ve used spending limit features on online gambling sites. Many also reported using time limit features to avoid losing money too quickly. Gamblers rated the most important responsible gambling site feature as the credibility of the website (78%), followed by information on how the games work or the odds of winning (72%).

“Using the evidence as a guide, programs were developed to provide high priority groups with greater access to key information about the importance of setting time and money limits, avoid gambling online when intoxicated or while anxious or depressed,” White reported. “We also developed digital versions of our prevention education programs for youth to increase our reach for this priority group.”

How do you know you have a gambling problem? Jill Dorson explores the angles, with a heavy assist from @fongster98 https://t.co/7VZsxpV66x

The Responsible Gambling Council, which was founded in 1983 and is based in Toronto, also made some internal policy changes to assist its own employees with their challenges throughout the pandemic.

“Over the past year, we focused on increasing the mental health supports that we offered to our own staff, to provide them with more care and support,” White said. “With everyone working from home, we were concerned that some of our employees would be struggling with isolation, as well as increased anxiety or depression due to the stress of the situation.”

With the launch of Ontario’s regulated iGaming and sports betting market on April 4, Ontarians now have a plethora of online gambling options. The three-wave provincial study spearheaded by the RGC is the first of its kind that examined the impact of COVID-19 on gambling in Ontario.

Keith Whyte, the executive director of the National Council on Problem Gambling in the U.S., spoke during a conference in British Columbia in March about his concerns regarding a “tsunami of gambling advertising coming to Canada.” His major concern was that an advertising boom similar to what has already happened in the U.S. could lead to a wave of problem gambling issues north of the border.

Whyte’s data indicated 25 million U.S. residents went from never gambling online in 2018 to actively betting online by 2021, as more and more states legalized sports betting. A survey conducted by the NCPG in 2018 revealed problematic play was especially prevalent among two at-risk groups: sports bettors, including those who play daily fantasy sports, and younger gamblers ages 18 to 44.