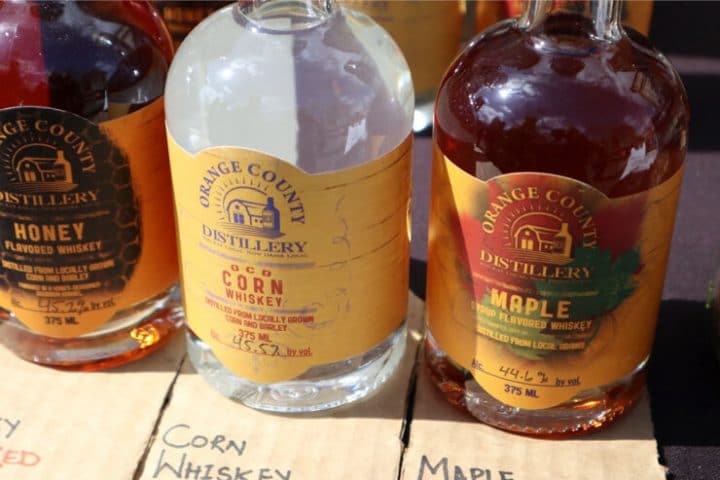 As New York State legislators frantically wound down their session for the year late last week, the U.S. gaming community had its eyes on whether the Assembly would even vote on a bill previously approved by the state Senate to allow for statewide mobile sports betting. (It didn’t.)

But one gambling bill did slip through, with the tacit approval of Gov. Andrew Cuomo. As a result, it appears Genting now will get a gaming facility in New York’s Orange County.

But rather than the massive $1.5 billion, 238-ace mega-casino near Sterling Forest State Park — and importantly, near the affluent North Jersey market that still has no casino alternatives nearly as close — that Genting proposed in 2014, the consolation prize will be a much more modest $100 million video lottery terminal parlor relatively close to the Woodbury Common tourist-heavy mega-mall.

Still, there are benefits, and complications, to the deal.

While Genting’s Sterling Forest project — or another one pitched practically next door by Caesars five years ago — would have dramatically harmed business at Genting’s Resorts World Catskills, in this case the new VLT parlor (basically, slot machines) complements its larger casino partner about an hour’s drive away.

Some NY horsemen stand to benefit

There is a horse racing angle as well. Venerable Monticello Raceway, the Genting-owned track that shut down all 1,100 of its VLTs in April, will get a reported 8.75% portion of the proceeds from the new gambling property — as well as Genting’s promise to keep track operations going and to maintain jobs for almost 1,500 employees.

Those VLTs basically just shift from Monticello to the new property.

Another 1.25% goes to the state’s horse breeding fund, while Genting’s Empire Resorts would get 59%.The local communities and the state keep the rest.

Yonkers Raceway in Westchester County also gets an unspecified slice of the new gambling opportunities to offset any potential losses from the added competitor.

So where exactly is this new Genting site? Well, it sure seems at first like it’s in Maybrook, if you listen to the U.S. Environmental Protection Agency. But the EPA also says the site is in Hamptonburgh (or so it appeared, at first). And AbandonedHudsonValley.com has it in Harriman.

No road number. But Route 4 didn’t look very big on the map — and it’s not like I’m looking for just a two-bedroom house. More like a 29-acre site. So I decided to make the one-hour trek after seeing that Google Earth couldn’t find the property.

(Well, one hour doesn’t count the bumper-to-bumper traffic thanks to construction on the New York State Thruway. Still, I got close, and a nice couple in the local pizzeria helped me find Route 4 — but only after disagreeing over which town the property in question is in).

Wait, I should have mentioned by now a little background on the site. Per the EPA:

“The Nepera Chemical Company site is located in Hamptonburgh, New York. The site is a 29-acre former industrial waste disposal facility. Between 1953 and 1967, lagoons at the site received about 50,000 gallons of wastewater per day from the Nepera chemical plant in Harriman, New York. Nepera Chemical made a variety of pharmaceutical and industrial chemicals. State inspectors detected leaks from the lagoons in 1958 and 1960, and disposal operations ended in December 1967. The company’s disposal operations contaminated soils and groundwater with hazardous chemicals. Actions have been taken to protect human health and the environment, contaminated soils have been excavated and removed from the Site, and groundwater monitoring is ongoing.

“The Nepera Chemical Company was a producer of bulk pharmaceutical chemicals, hydrogels and pyridine-based industrial chemical intermediate compounds at its facility, located in Harriman, New York, about 25 miles away from the site.”

State Senator James Skoufis, a Democrat from Woodbury — so he should know — referenced the chemical plant as having been in Harriman, a neighboring town to Woodbury (they even share a school district).

This appears to be good news for everyone involved, since the stretch of Route 4 in Maybrook — or is it Hamptonborough? — is rather … rural. As in, so rural it makes those winding roads on the way to the baseball Hall of Fame in Cooperstown seem like the Autobahn in Germany.

But wherever the Nepera Chemical Company used to be on Route 4 — it closed a half-century ago — Mother Nature long ago reclaimed whatever wasn’t already demolished with lush vegetation.

More good news: While the Nepera Chemical Company is a Superfund EPA cleanup site, the plant in Harriman does not appear to be.

Still, Skoufis called the latter property “a contaminated blight in our community for years.”

While the property was demolished in 2015, sometimes “what lies beneath” is the next problem. While Skoufis says Resorts World will clean up the site and not get a tax break, the development could stall if unexpected problems bubble up.

To sum up, the plant site would offer good access to major highways, including the New York State Thruway and Route 17. It will be interesting to see if Genting markets the VLT parlor to New Jerseyans and nearby New Yorkers, or keeps the focus on Resorts World Catskills (which aired a commercial during my Monday trip on New York City-based WFAN sports talk radio).

As long as Atlantic City keeps its statewide casino monopoly, Genting may be tempted to do both. Yonkers’ 5,000-VLT racino is closer for many Bergen County residents, but a good number of those, especially seniors, may prefer to drive to Harriman rather than crossing the George Washington Bridge by car or taking a bus to Yonkers.