Even without Mario Cristobal, expectations are high in Oregon entering the 2022 season 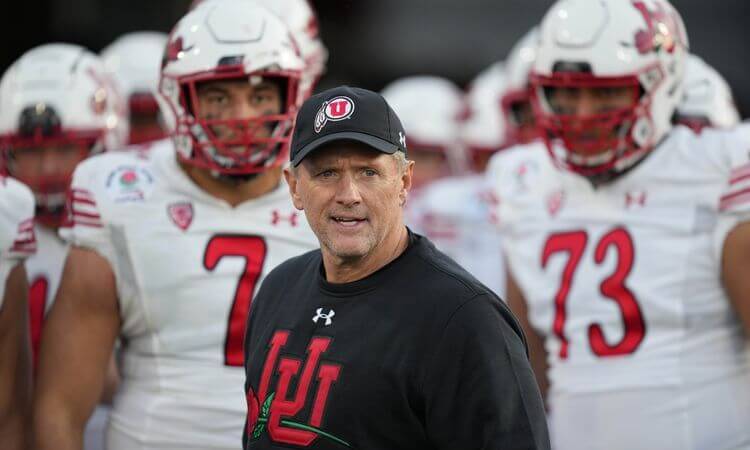 The Pac-12 hasn’t put a team in the College Football Playoff since 2016-17, when Washington grabbed the No. 4 seed. Could this be the year the league finally puts itself on the same level as the SEC and Big Ten?

OK, stop laughing. The Pac-12 isn’t in the same world as those conferences, which is part of why USC and UCLA are joining the Big Ten, but competing with the ACC and Big 12 for a spot in the playoff field is a realistic goal in 2022. Sports betting odds track with that logic, as the Pac-12 isn’t expected to be home to this year’s national champion, but a couple of programs figure to be in the national mix into November.

Is USC primed to return to national prominence? With Lincoln Riley at head coach and Caleb Williams at quarterback, the Trojans will garner national attention at the very least. That’s a plus for the Pac-12 in the immediate future.

“I like the additions USC made through the portal on both sides of the ball, think Riley is the offseason’s best hire, and expect this program to be the most improved team in the nation this fall,” Steven Lassan, a college football writer for Athlon Sports, told US Bets in an email interview.

While the offense, which added Williams and former Pitt wide receiver transfer Jordan Addison in the offseason, figures to put up points, the defense is a major concern. ESPN’s defensive efficiency metric ranked the Trojans 107th in the FBS last season, and the group ranked 103rd in points allowed per game (31.8).

FWIW, I had USC at No. 22. Very possible for this team to outperform this ranking, but I still have questions about the defense after last season. The reviews from training camp for all the new additions have been positive, but I need to see it with my eyes first.

USC may develop into a consistent title threat under Riley, but reaching that level in Year 1 seems daunting. The Trojans should be solid, especially offensively with Williams and Addison, but the defense could cost USC wins.

“I just think the national title is too steep of an ask for this program in ’22 and a 10-2/9-3 final record seems more likely to me,” Lassan said. “Whatever happens with USC in 2022 will certainly be interesting.”

Despite minimal attention from the national media, Utah enters the season as one of the best teams in college football. The Utes are balanced, with good players along the offensive and defensive lines, an impressive secondary, and an underrated quarterback in Cameron Rising, who is +6000 to win the Heisman at Barstool Sportsbook. With a manageable schedule — Florida and San Diego State are the Utes’ toughest non-conference tests — Utah could earn a spot in the College Football Playoff with an undefeated or one-loss campaign.

BetMGM lists Utah as a 2.5-point road favorite for its Sept. 3 showdown with Florida.

.@Utah_Football is ready to make some noise in the Swamp. 😤🙌 pic.twitter.com/w6Bz9nEWst

Utah is +240 on DraftKings to win the Pac-12, and the Utes face USC at home during the regular season. PointsBet has Utah at +5000 to win the national championship.

“I think the first thing that jumps out to me about Utah is this team simply doesn’t have many flaws,” Lassan said. “It’s a solid all-around team with key pieces returning from a squad that won 10 games and the Pac-12 title last year. Also, when you are looking for sure things in the Pac-12 and potentially in the playoff race, it’s really hard to pick against Kyle Whittingham and his staff.”

Oddsmakers expect Oregon to factor into the mix atop the league, even with head coach Mario Cristobal leaving for Miami. DraftKings has the Ducks at +280 to win the league. The Ducks have plenty of talent, including stud linebacker Noah Sewell, who’s anticipated to have a future in the NFL. Dan Lanning becomes the team’s head coach after a successful stint as Georgia’s defensive coordinator.

At quarterback, Auburn transfer Bo Nix gives the team experience at the most important position on the field. Five returning starting offensive linemen should help pave the way for a strong attack.

“Another factor working in Oregon’s favor is a favorable schedule,” Lassan said. “The Ducks are a heavy underdog for the matchup against Georgia in the opener but most of their projected toughest games — BYU, Washington, and Utah — take place in Eugene. I think Oregon is a step behind Utah once again this year but still among the top 10-15 teams in the nation.”

Barstool Sportsbook lists Oregon as a 17.5-point underdog against Georgia on Sept. 3, which may quickly take the program out of the national title hunt, but winnable games remain the rest of the way.

Lassan pegs UCLA as his darkhorse contender, as the program returns quarterback Dorian Thompson-Robinson and running back Zach Charbonnet. ESPN’s SP+ projections have UCLA as the eighth-best offense entering the fall, although the defense checks in at No. 80, an area of concern. The Bruins are +900 to win the conference on DraftKings.

“I can’t see a team outside of USC, Utah, or Oregon winning the Pac-12 this year, but if the Bruins restock the receiving corps and offensive line, a potentially improving defense to go with one of the conference’s top quarterbacks is enough to keep things interesting in the Pac-12,” Lassan said.

Win totals in the desert

Outside of USC, Utah, Oregon, and UCLA, every other team has odds of +1000 or longer on DraftKings to win the Pac-12. While taking a conference title bet on those other teams is a longshot, the win totals for some of the bottom dwellers could be intriguing.

College football analyst Josh Pate recently plugged Arizona’s win total, liking the Wildcats to win more than 2.5 or three games. DraftKings has over three wins at -120 odds. Pate doesn’t expect the Wildcats to make a bowl game, but he could see them securing four wins despite a challenging non-conference schedule that includes a difficult FCS matchup against North Dakota State.

“They stand a chance to be one of the most improved teams at multiple areas, multiple facets, as any team in America this year,” Pate said on his YouTube show.

Rival Arizona State has its win total at six games on DraftKings, and head coach Herm Edwards is firmly on the hot seat. Monitoring results in Arizona may not captivate national audiences, but it should be a fun storyline for Pac-12 fans as the two programs battle for conference relevancy.