Combination of two companies with sportsbooks in U.S. and Canada presents a new force 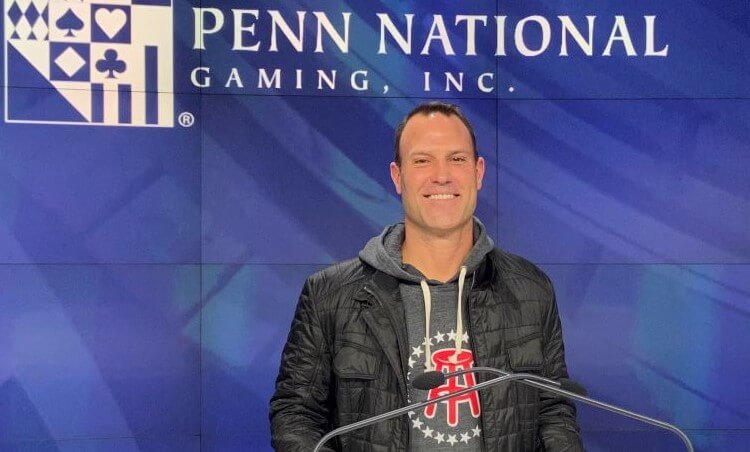 (This article has been updated from its original content.)

Penn National Gaming has vastly expanded upon its bold partnership with Barstool Sports in the North American betting space by announcing it will spend $2 billion to acquire theScore, a leading Canadian sports media and betting company.

Top executives of Penn National, Barstool, and theScore touted the deal on a Penn National quarterly investment call Thursday morning as one creating an unconventional, forward-thinking “triumvirate” that synergizes their strengths in gaming, media, marketing, and technology to become a force in both the U.S. and Canada.

The timing is closely tied to Canada’s recent legalization of single-event sports betting, which positions Toronto-based theScore to become a leader in that country’s new sportsbook industry when Ontario and other provinces open the door for it, possibly late this year or in early 2022.

Technically, theScore is part of Score Media and Gaming Inc., with an affiliated app, theScore Bet, already live in New Jersey, Iowa, Indiana, and Colorado. Officials from the companies indicated theScore will continue to be a stand-alone operation run out of its Canadian headquarters under the guidance of the Levy family, but it will work closely with executives of Penn National and Barstool Sports in future planning that benefits them all.

Penn National has its Barstool Sportsbook operational already in Pennsylvania, Michigan, Illinois, and Indiana, with plans to launch before or during the NFL season in Colorado, New Jersey, Virginia, Arizona, and Tennessee.

An alliance based on untraditional approaches

The top officials of Penn National, Barstool, and theScore said they have a natural alliance that, informally, has been in the works for years from discussions with one another and mutual respect for approaches that veer from traditional “legacy” gaming and media companies. More formally, Penn National signed an agreement with theScore in 2019 that opened “skin” access to sports betting for the latter in legal sports betting states where PNG operated.

Penn National President and CEO Jay Snowden said on the call with the investment community Thursday that he saw the same things in theScore that he liked in Barstool Sports, which he turned into a PNG partner in early 2020 through a $163 million investment to acquire a 36% stake in Barstool. He noted theScore has strong retention and engagement among a loyal customer base, which uses it both to gain sports information and place bets, and there’s no need for Penn National to interfere with that.

“We don’t want to come in and change what they are,” Snowden said, referring to the Canadian company’s “authentic voice, scrappy nature, and entrepreneurial spirit. … This is going to be a long-term partnership.”

Barstool Sports founder Dave Portnoy offered similarly effusive praise, saying he’s been a user and fan of theScore’s app for many years and is excited for the chance to collaborate with the company.

“It’s so super-synergistic what they do and what we do,” he said, “controlling the media and having the entire ecosystem where people get the score, they get the information, and they can also place their wager. … We just see the world the same way” in the convergence of media and sports gambling.

While theScore is well-known in Canada, Portnoy said he is “going to turn the faucet on” with the type of Barstool promotional tools that make sure its profile is further enhanced south of the border.

The new partnerships will enhance the status of all, said theScore CEO and Chairman John Levy, with a collective emphasis on non-traditional approaches to marketing and customer acquisition and retention. Those singular strategies will become still more feasible when theScore completes a transition, as is intended by mid-2022, to its own risk management and trading and player account services, instead of relying on third-party providers.

New technology is one of the keys

Snowden alluded to theScore’s technology capabilities as a big asset, noting Toronto is Canada’s technology hub and it is able to attract top innovators whose work will benefit Penn National, which has its own software development team in Philadelphia.

To that extent, Snowden expects that after theScore completes adoptions of its own future odds trading and player platform, Penn National will want to make use of it, most likely in 2023. The Pennsylvania-based company currently uses Kambi for risk management and odds, and White Hat Gaming for player account management, but gaining control over those internally will be advantageous. The officials noted their interest in creating bet promotions unique to the the Barstool and theScore sites.

In addition, eliminating reliance on outside suppliers of those services will reduce costs, something Penn National already emphasizes by avoiding the kind of large marketing spend employed by leading competitors FanDuel, DraftKings, and BetMGM. The company does not typically have as large a market share as those other sportsbooks in states where they all operate, but it says its income picture is brighter because it does not spend as much.

“We think that’s going to allow us to leapfrog the competition,” Snowden said of the in-house platform potential. “We just have to be in control of our tech stack. We went out looking for the right tech stack and ended up with not only the best-in-class tech stack but a great brand. … We think we got the best of all worlds here.”

A new force in North America

Originally, theScore was in the traditional cable broadcast business, but it transitioned to a digital media company in 2012 by the Levy family’s sale of the sports network to Rogers Communications. The company subsequently became a widely viewed online/mobile site for sports information and content. After the U.S. Supreme Court’s PASPA repeal in 2018, it became the first media company to become a licensed sports betting operator in multiple U.S. states.

With its prominence in Canada and the anticipated approval of sports betting in Ontario, the company is poised to become a top operator in what would be the biggest largest jurisdiction for mobile sports betting in North America — at least until New York gets underway sometime in 2022.

“We highly anticipate the upcoming rollout of commercial sports betting right here in our home turf,” Levy said. “We’re banking on having this amazing relationship with Penn and utilizing its resources and scale to really just blow [things] up in Canada and across North America. … I don’t think anyone else has the capabilities we have with this triumvirate.”

The stock market agreed, as CNBC reported that shares of Score Media and Gaming skyrocketed more than 60% Thursday morning as news of the pending transaction spread. Penn National’s shares were up nearly 10% by mid-day.

The boards of directors of Penn National and Score Media and Gaming have unanimously approved the transaction, which is expected to close in the first quarter of 2022. Upon its completion, current Penn National and theScore shareholders will hold approximately 93% and 7%, respectively, of the merged company’s outstanding shares. Penn National reported it will fund half of the transaction with $1 billion cash and the remainder from stock.