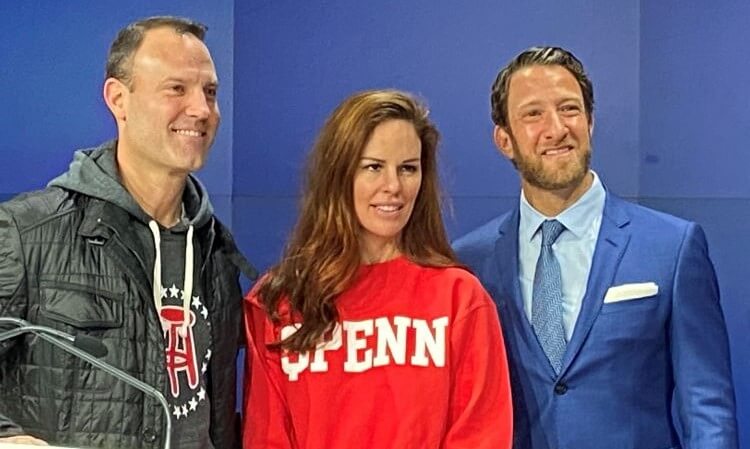 Unfazed by the latest sexual misconduct allegations against Barstool Sports founder Dave Portnoy, the head of Penn National Gaming affirmed in a quarterly investment call Thursday morning that the gaming company will proceed toward full ownership of Barstool.

Penn National acquired a 36% share of Barstool Sports for $163 million in January 2020 in a deal calling for additional investment of $62 million within three years to attain 50% ownership. Penn National also received the right to acquire full ownership afterward of the Boston-based sports media company then valued at $450 million.

Penn National uses the Barstool name as the brand of its digital sportsbook, which launched in Pennsylvania in September 2020 and now operates in 12 states. The company avoids huge marketing costs of competitors by using Portnoy and his Barstool Sports associates to heavily promote the sportsbook to millions of social media followers.

As might have been expected from the controversial, irreverent nature with which Portnoy built Barstool’s success, allegations against him have arisen in his time as a Penn National partner and sportsbook marketer. Business Insider last November reported women’s accusations against him of rough sexual treatment, and a followup report Wednesday contained allegations by anonymous women saying he without consent filmed their sexual activities with him.

NEW from @MelkorkaLicea and me (TW: sexual violence): Insider has now spoken with a total of seven women who described disturbing sexual experiences with Barstool Sports founder Dave Portnoy, ranging from sexual violence to filming without consent. https://t.co/UiGiXaMeS8

Portnoy quickly denied the allegations in a video blog and accused Business Insider of a hit job against him, while promising a lawsuit.

Without getting into details of the accusations, Penn National CEO Jay Snowden confirmed full support for the partnership with both Portnoy and Barstool, saying the sports media company is unusually profitable in its field and grew its social media reach 25% last year.

“We couldn’t be more excited about moving our ownership position up from the current 36 percent,” Snowden told investment analysts on a conference call. “We look forward to being owner of Barstool 100 percent. They have been a great partner for us.”

Both Snowden and Portnoy called attention to how the two Business Insider articles targeting Portnoy were published on the eve of Penn National quarterly investment reports. The accusations against Portnoy and the company’s backing of him did not appear to trouble Penn National investors, as the company’s stock was trading at 11 a.m. Thursday up about 2.5% from the $45.67 share price it closed at on Wednesday.

PNG expects to be a major player in Ontario

In non-Portnoy news, Snowden also reaffirmed his faith in the company’s ongoing and long-term strategy relating to its sports betting business as well as its online casino platform, which is live in four states. Penn National did not win a license in the hot new New York state market, which Snowden did not discuss, but he once more referenced the huge spend that competitors are making on customer acquisition costs compared to Penn National.

“We have not and will not at Penn jump into that fray,” he said, calling others’ spending “irrational” and “not sustainable.”

While Penn National does not expect to be profitable with its online gaming business in 2022 — which is also the case with other major operators — it is now projecting a loss of $50 million, which is less than its prior estimates. It expects to be able to make money from online sports and casino play in 2023.

PNG is counting on a recent acquisition, theScore Bet, becoming a major player in Ontario’s new iGaming business starting April 4. In addition, it expects to be able to launch digital sports betting in Maryland and Ohio subsequently this year.

Snowden touted the Barstool Sportsbook’s fourth quarter growth during football season, including how it “quickly became one of the leading operators in the crowded New Jersey market despite launching years after most of our peers.” He said the sportsbook is able to make use of the Barstool Sports marketing and Penn National’s own vast database of casino customers to attain “what we believe are the lowest customer acquisition costs and best return on investment timelines in the industry.”

All of that should only be reinforced soon in Canada, Snowden said, as a result of Ontario opening its private commercial market, where Penn National is well-positioned by last year’s $2 billion spend on theScore. Aside from offering a sports betting app, theScore has a strong reach on the media/entertainment side in Canada similar to what Barstool has in the U.S.

“We’re definitely going to make sure everyone in Canada and Ontario knows [in April] we are now live and it’s a legal market,” Snowden said, while stressing Penn National will be helped in the province by restrictions that exist on companies being able to advertise their customer promotion offers, which competitors have done heavily in the U.S.