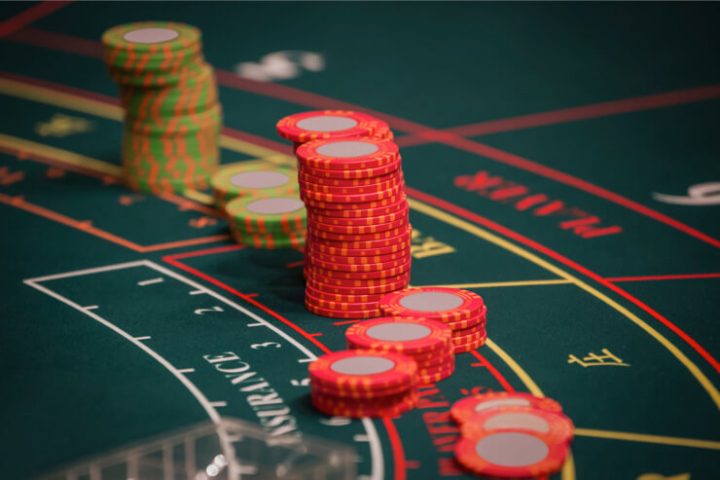 Imagine this as the plot of a movie:

The movie opens with the words, “Based on a true story.” Who wouldn’t go see that?

The poker player is Phil Ivey, the mystery woman is Cheung Yin Sun — who has her own history that would deeply enrich the plot of this movie — and the casinos are Borgata and Crockfords.

But the movie will have to figure out which details to cut in order to keep the running time under two hours, because we already are more than six years removed from the scheme and more than four years into the court battle, and this case still has a long way to go.

Bound to the bond?

The latest result in the case came just a couple of weeks ago, when U.S. District Court Judge Noel Hillman ruled on a dispute over whether Ivey and Sun had to put up a bond of $10.1 million — the amount they won over four spaced-out visits to Borgata across 2012 — pending the outcome of an appeal of Hillman’s December 2016 ruling in favor of Borgata.

As one can imagine, the poker player and the casino are not fond of each other. The amount of concessions that Borgata employees made for Ivey during play left them not only as unwitting dupes but also looking like, let’s face it, chumps. Ivey, meanwhile, feels as if he has gotten stiffed after beating Borgata at its own game.

Ivey, 41, tried to avoid having to post the bond for … well, reasons. One was the “likelihood of success” of the appeal — which would mean Hillman deciding that his own ruling was a mistake.

The other pitch was “irreparable harm” — with Ivey and Sun vaguely suggesting that posting the bond would have a “devastating impact” on a dominating poker player and the daughter of a Hong Kong mogul. The implication is that Ivey’s “business” would cease to have the funds to operate if ordered to comply. In this case, that seems a stretch — but just in case, Borgata went for the jugular:

(One aside: In what I remember as a “meow” moment, in one of the dozens of filings I have read on this saga over the years, Borgata attorneys took pains to note that while Ivey has nearly a dozen World Series of Poker bracelets, none are for the Main Event.)

Hillman made short work of Ivey’s argument, entering a final judgment against him on August 28.

From mid-2017 until mid-2018, the case had stalled because Hillman had left it in limbo pending a resolution of a lawsuit by Borgata against card manufacturer Gemaco. (If you were the casino, you’d sue them too, wouldn’t you?)

With the bond question now settled, the fun can really begin with a filing by Ivey’s attorneys to the U.S. Third Circuit Court of Appeals.

Much like the epic sports betting case that produced a pair of 2-1 panel rulings at this same Third Circuit, a rare “en banc” appeal to the full court, and finally an overturning in New Jersey’s favor by the U.S. Supreme Court in May 2018, this case is both complicated and “sexy.”

Judges in both London and Camden, N.J., struggled with the fact that for all of Ivey’s chicanery, neither he nor Sun ever touched — or is even accused of touching — a single playing card.

Can you “mark” a card that you didn’t touch? And didn’t Borgata have the option of refusing to obey Ivey and Sun’s elaborate set of commands?

No end in sight

Earlier in this article, we indicated this case will not end anytime soon. Facetiously (mostly), I would say that it is because I have spent decades covering sagas that have lasted years. My devotion to this one probably means it is similarly cursed.

More seriously, why do lengthy cases eventually settle? Usually it’s because one side or the other starts running out of money.

Ivey’s tepid protests aside, neither he nor Borgata are in jeopardy of that. This despite the fact that Ivey likely has massive swings in his total net worth, vaguely estimated by celebritynetworth.com (don’t laugh, the website was cited in Borgata’s filing) at $100 million.

So money is no object,  and both sides have stubbornly dug in.

One thing we won’t get — an element that added to the intrigue in the sports betting case — is having President Trump’s sister, Maryanne Trump Barry, serve as one of the judges at some point along the way. Trump Barry stopped hearing cases last year.

Maybe the movie’s writers will tweak the facts a little to work that angle into the script anyway. After all, the rest of the story is so amazing, it won’t even seem contrived.

The Chaotic Nature Of U.S. Sports Betting Expansion — How Did We Get Here?

Borgata Blunt On Bond’s Baccarat: The Latest In The Phil Ivey Saga