Pickleball Betting, Coming Soon To A Sportsbook Near You 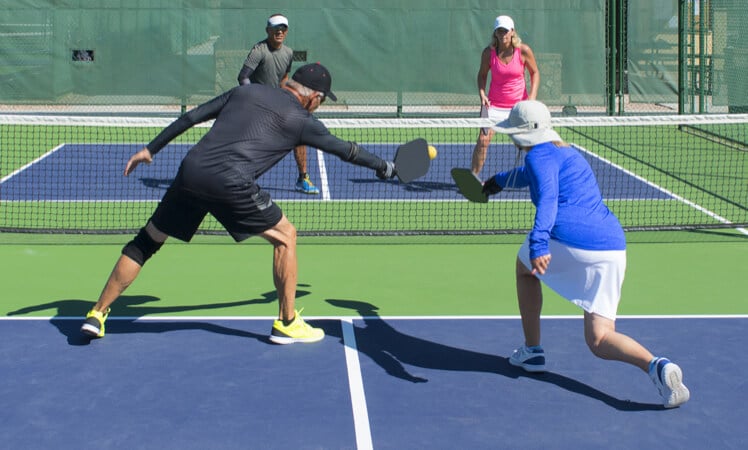 If you’ve driven by your local tennis courts in the last few years and noticed extra nets and/or lines on the surface, your question as to what that’s all about can be answered with one word: pickleball.

It’s like tennis, but played in a smaller area, with paddles instead of racquets, and with a ball similar to a wiffleball. In terms of court size, play style, and the amount of footwork involved, it exists at something of a midpoint between tennis and ping-pong.

And soon — probably by this fall, according to Harry Cicma, the executive producer of Professional Pickleball Association Tour broadcasts — it will join tennis and ping-pong among sports that people can legally bet on.

Cicma was a driving force behind the deal, announced on June 17, between the PPA and Genius Sports, giving the latter exclusive data rights to the upstart sports league. And as those in the gambling industry know, data rights and sports betting — particularly in-game betting — go hand in hand.

“Genius Sports, they believe in innovation, they believe in technology, and they really believe in niche sports. They know that this is the wave of the future,” Cicma told US Bets. “Tennis is one of the most heavily gambled-on sports in the world, and pickleball is going to be right up there in that regard.”

Invented in 1965 in Bainbridge Island, Wash., pickleball, after existing under the radar for about 50 years, is now said to be the fastest-growing sport in America, with BBC News reporting in March that participation grew by 21.3% in the U.S. in 2020.

Cicma, 39, is a former professional tennis player, and he says the tennis community is gravitating en masse toward this newer variant.

“I’m seeing the vast majority of my friends, many of them former professionals and former college tennis players, all picking up the pickleball paddle and really getting addicted to it,” Cicma said. “I’m seeing many of our tennis clubs transform their tennis courts into pickleball courts. It’s a major movement. People are catching the fever. It’s really an addictive sport, in a good way.”

Watch a few highlights, and it’s easy to understand where Cicma is coming from.

The PPA was founded in January 2019 and now has national television deals with CBS Sports, ESPN, and the streaming network ESPN3 — plus another major national network deal to be announced soon, Cicma revealed.

“Oftentimes I need to work really had to convince people to pick up niche sports programming. With pickleball, it hasn’t been like that, because everyone knows how fast this sport is growing,” Cicma said.

As of now, pickleball is not available for legal betting in any country, making it a “historic” development, Cicma said, when U.S. regulated sportsbooks start taking action on it a few months from now.

As with tennis, which still ranks as the second most bet-on sport globally, pickleball lends itself toward a heavy volume of in-game bets.

“Of course, sports betting is evolving, and the objective is to be able to do things such as live betting. Pickleball is a really great sport for that,” Cicma said. “I think Genius Sports realized that pickleball is going to be the next tennis, in many respects, in the world of gambling.”

Pickleball matches are shorter than tennis matches, but the points are longer — and the time in between points opens up a perfect opportunity to bet on something as granular as who will win the next point.

Cicma notes that, unlike tennis, doubles is more popular than singles in the world of pickleball. But both forms of pickleball will be available for betting when the sport gets the all-clear from various state gaming boards.

One thing we’ve learned in the past year or so is that there’s room in the gambling world for more than one sport featuring a ball hit across a net. Table tennis gained traction as a betting sport in the early months of the COVID-19 pandemic because, well, there wasn’t much else to bet on. But somewhat surprisingly, a year later, it remains the fourth most popular betting sport in Colorado, and continues to attract decent handle elsewhere as well.

“I would still say pickleball compares more closely to tennis,” Cicma said. “But, if anything, the popularity of ping-pong betting solidifies our belief that pickleball is going to be successful as a betting sport.”