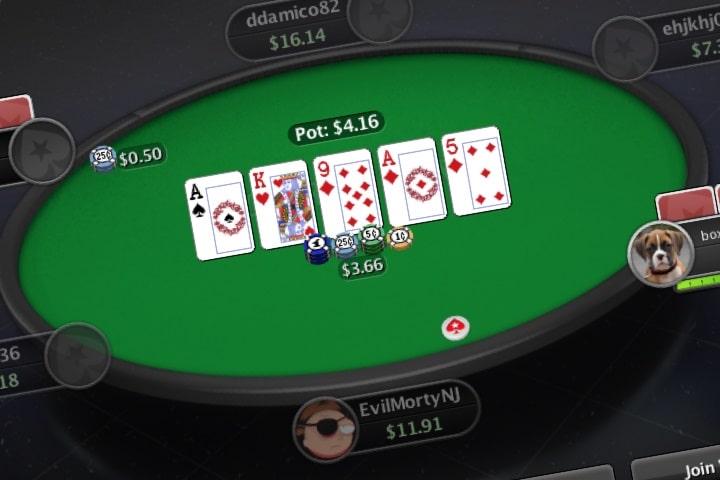 Success in poker is built upon numerous factors. Skill. Luck. Determination and persistence. The bankroll or chip stack to take risks. The ability to develop a reputation and play off of it.

Over the last 17 years, PokerStars utilized a little something from every column to become far and away the world’s leading poker site, shoring up control of approximately 70 percent of the online poker market.

There have been brilliant and skillful people in charge along the way, starting with original majority owner Isai Scheinberg. There have been lucky breaks, like Chris Moneymaker winning the 2003 WSOP Main Event, the first televised in depth by ESPN, as a PokerStars qualifier wearing a PokerStars patch. Right or wrong, PokerStars persisted in offering its product to American players after the UIGEA passed in 2006. The company always seemed to have the funds to enact the “you have to spend money to make money” strategy.

In the last few years, however, that reputation has changed. Maybe PokerStars is still the best place to play. Globally, it’s still the most popular. But the rep has been taking hits, and the ongoing legal battle with Gordon Vayo could represent a tipping point.

Vayo goes for the kayo

You may remember Vayo as the runner-up in the 2016 World Series of Poker Main Event, the guy who won more than $4.6 million for coming up just short against Qui Nguyen and his Rocket Raccoon hat.

In May, Vayo, 30, filed a civil complaint against PokerStars, alleging that the company was withholding payment of about $692,000 he won in a tournament a year earlier. PokerStars claimed Vayo played the tournament illegally from inside the United States (California, specifically), while he insisted he was playing legally in Canada. Vayo claimed that other players share similar stories of being denied substantial wins, and his lawyer said a class-action suit was possible.

PokerStars filed a motion to dismiss the lawsuit, and a hearing slated for last week was pushed back to November 6.

In the meantime, this one is being litigated in the most unruly court of public opinion there is: the internet. Some hear a ring of truth in PokerStars’ claim that Vayo “used a Canadian mobile internet provider to spoof a Canadian IP address,” and think the company’s request for proof that he was in Canada on the date in question is reasonable. Others see this as PokerStars playing the bully, presuming Vayo guilty until proven innocent.

It’s all he said/they said, and any external pronouncement of who’s right here is purely speculation. We’ll have to let it play out and see how the courts rule.

But in terms of PokerStars’ rep, no good can come of this. Either the online poker behemoth is trying to stiff a player who did nothing wrong, or, in the preferable scenario, PokerStars is in the right but still engaging in public fights with its customers.

A series of suckouts

This $700k spat with Vayo is the culmination of a series of chinks in the PokerStars armor. Taken individually, none seem like a huge deal. Collectively, we’re nearing the point where there are enough question marks to add up to an exclamation point.

The criticism started in 2015, when PokerStars pulled the rug out from under some of its most loyal players by ending the SuperNova Elite program prematurely. Soon after, complaints about higher rake surfaced in various corners of the Web.

Then David Baazov, the CEO of parent company Amaya (which became The Stars Group), started finding trouble. Once positioned as the white knight opposing evil anti-online-gaming ogre Sheldon Adelson, Baazov, whose company bought PokerStars from the Scheinbergs for $4.9 billion on August 1, 2014, was hit with insider trading charges. Baazov stepped down as CEO, and the charges were dismissed this June — on a legal technicality.

In February, Baazov and Stars Group got served an $8 million lawsuit alleging that the company reneged on payment due to consultant and strategic advisor Gideon Van Kessler.

Then there are all the high-profile Team PokerStars Pros who’ve left in the past year: Vanessa Selbst, Bertrand “ElkY” Grospellier, Jason Mercier, Victor Ramdin. There’s not necessarily anything untoward that should be read into any of these departures. Some of them were presented as entirely amicable. But when it’s this many poker pros in a condensed time frame, you can’t help but wonder if something significant is happening.

It must be noted, however, that the news is not all negative. Not even close. PokerStars still boasts some of the most recognizable and respected ambassadors in the game, including Daniel Negreanu and Moneymaker. The site is getting plenty of positive buzz for its Moneymaker PSPC Tour that runs through the end of this month. And PokerStars is still claiming positive financials, including growth of 4 percent in 2017 and 12 percent in the first quarter of 2018.

Those positive numbers, however, predate a key moment that arrived in the second quarter of the year: PokerStars lost its pole position in New Jersey, thanks to competitor WSOP.com kicking off shared liquidity with Nevada. As of now, New Jersey remains the only state in the U.S. in which players can access PokerStars legally.

But that’s going to change soon. Pennsylvania is coming aboard, and The Stars Group has partnered up and ponied up appropriately.

And that makes this a particularly important moment for PokerStars’ brand to remain as strong as possible. Insider trading accusations, lawsuits from angry players, sponsored pros departing — they could add up to damaged public perception of a name synonymous with online poker for countless potential customers.

PokerStars once bailed out an industry. This would be an inopportune time for reputation damage to cause that industry to bail on ’Stars.

No Matter How Well He’s Playing, Tiger Woods Is Always The Worst Bet In Golf