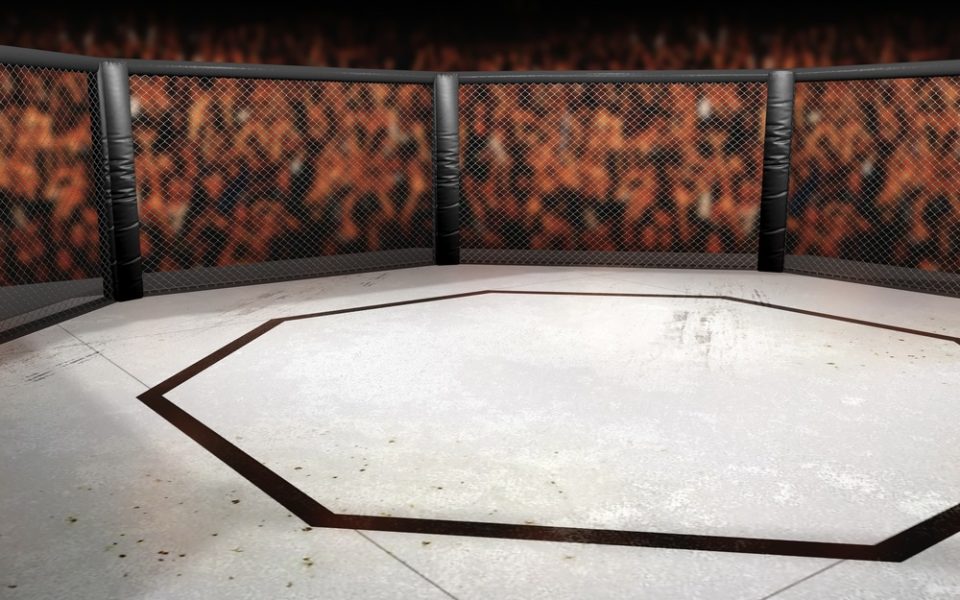 It’s round 2 for online poker and mixed martial arts, but this time the American consumer isn’t the prize.

The UFC and PokerStars’ parent company on Friday announced a new partnership aimed at global markets. The UFC is headquartered in Las Vegas, where PokerStars can’t operate.

Under the deal, PokerStars is said to become the UFC’s first-ever “official poker partner.” It’s a little misleading, as previous UFC owners were behind America’s first legal online poker site, Ultimate Poker, branded to create synergy with the UFC during MMA’s boom years. That platform, which launched in 2013, ended up folding. Before that operation, the UFC had a partnership with Full Tilt Poker.

The presser says nothing of a presence in emerging U.S. online poker markets. TSG has been approved for online gambling in New Jersey and Pennsylvania, where the UFC doesn’t host major events.

Deal not relevant for U.S. poker players, yet

Who cares? Let me know when it's legal in the US and not a few states where nobody lives.

UFC and PokerStars are powerhouse global brands in their respective industries. PokerStars controls around 70% of the global online poker market, according to company statements.

“UFC is the world’s leading MMA promoter with millions of fans and followers around the globe, while PokerStars is the heavyweight of online poker,” said Christopher Coyne, Chief Marketing Officer of Stars Interactive, a division of The Stars Group. “It’s a classic combination.”

According to the presser, PokerStars will benefit from having “the potential to reach” 1.1 billion households in more than 160 countries. Brazil is an especially attractive market for both the UFC and TSG.

The partnership comes as the U.S. booms for MMA and poker have long been over. The UFC is facing increased competition domestically, thanks in part to the spread of legal sports gambling.

Sports betting in the mix?

PokerStars’ parent company has the BetStars brand for sports wagering. Buried at the end of a PokerStars version of the announcement was a mention about betting on UFC fights, with a link to the BetStars UK-facing site. So is the deal really about poker, which is struggling globally relative to online casino/sports?

The partnership kicks off with UFC 232 pay-per-view on Dec. 29 in Las Vegas, according to the announcement. The partnership was announced only eight days before the high-profile event.

The event will be held at T-Mobile Arena, partially owned by MGM, one of the largest rivals to The Stars Group in the expanding regulated U.S. online gaming market.

“Additional partnership activations for the event will include the integration of PokerStars branding during UFC’s telecasts, as well as digital and social media, and other promotional opportunities,” said the presser.

“We’re excited that PokerStars has joined our roster of global partners and has helped us create a new sponsorship category for our final event of 2018,” said Paul Asencio, UFC Senior Vice President, Global Partnerships. “This agreement lays the foundation to work together with PokerStars in the future to grow our respective customer bases in key markets.”

In terms of DFS, the UFC partnered with DraftKings in 2015, but the pair haven’t extended that relationship to include sports wagering. DraftKings has emerged as a top U.S. online sportsbook.

Could the poker partnership be a prelude to a deal with BetStars? Did TSG want a sports betting partnership with the UFC but decided to settle on poker?

The UFC issued the following statement following the mid-May overturning of PASPA.

“UFC supports legalized, regulated sports betting, as we have seen firsthand in Nevada the success of well-regulated gaming. We look forward to working with Congress and state legislatures to support policy that ensures the integrity of our sport and makes the best sense for our fans and our business.

What about the WSOP?

The UFC could have linked up with the Nevada-based World Series of Poker, a Caesars offshoot. The WSOP, along with its technology partner 888, is the only platform authorized in all three online active poker states: Nevada, New Jersey and Delaware.

If the UFC was looking at the American market, the WSOP would have made more sense. PokerStars is still a lightweight in the United States.