At least one Virginia sports betting bill will be considered in 2019, and a new survey shows that the issue has the backing of 63% of voters 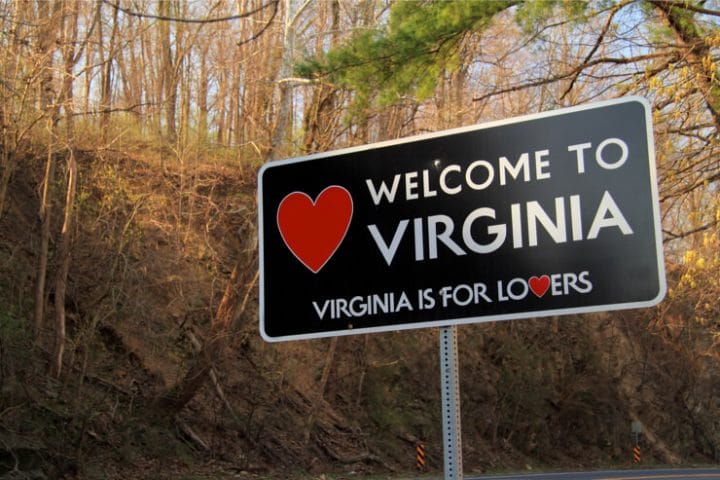 Virginia lawmakers are already considering sports betting ahead of 2019, and a new survey has provided even more momentum for the state.

As the District of Columbia races towards sports wagering, neighboring Virginia, which doesn’t have any casinos, has indicated it doesn’t want to be left out of the rapidly growing market.

According to a poll published December 5 by the Wason Center for Public Policy at Christopher Newport University, a strong 63% of Virginia voters agree that sports betting should be legalized. Back in May of this year, a statewide poll in New Jersey, which launched sports betting in June, found that an all-time high 62% of Garden State adults supported legalization.

Considering that New Jersey is home to Atlantic City and was the state to challenge PASPA, it is noteworthy that voter support for legal and regulated sports betting is on equal footing in those two states. With that said, it seems likely that support for legal sports betting in New Jersey has only grown in recent months as the industry has developed without any hiccups.

The Virginia survey also found that 77% believe sports betting will benefit the state in the form of taxes.

“Virginia voters are ready for legalized sports betting and casinos, just like they were ready for the lottery 30 years ago,” said Rachel Bitecofer, assistant director of the Wason Center. “And just as education funding was a justification to open the door to gambling then, directing gambling taxes to education seems to appeal to voters today.”

A measure from Del. Mark Sickles, a Democrat from Fairfax, was pre-filed in November.

“This legislation provides a framework for an open, transparent, and responsible market for legal sports betting,” Sickles said in a statement. “It will protect consumers while generating revenue to allow Virginia to compete for major research projects that create jobs and help to diversify our economy away from over-reliance on federal spending.”

The bill would direct the state lottery to regulate internet-based sports betting platforms.

“To me, sport is entertainment, and gambling should be a form of entertainment. If people are going to bet on games just like a bet on horses, I’d rather they … go to a bar or go to a pub or go to a game but be in an establishment where they can eat, drink, socialize, and meet other people,“ Petersen told Fox 5 DC.

While Virginians support regulation, many appear to remain skeptical regarding unsavory actors. The survey found that voters are split on whether legalizing sports betting will “keep criminals out of the business,” with 51% supporting the notion that it will and 43% disagreeing.

Virginia officials may want to craft strict regulations in order to shore up public confidence in that area.

The sports betting discussion is occurring alongside the Pamunkey Indian Tribe working toward a casino in Virginia after securing federal recognition. The tribal casino, which would be regulated by the federal government, would more than likely have sports wagering. The polling found that 64% of voters support the tribe’s casino plan.

Virginia hopes to join eight other states (currently) nationwide with an active sports betting industry. Many more are set to consider legislation in 2019, with the likes of New York, Ohio, and Michigan among the frontrunners.

Under a 15% tax rate and online/mobile adoption, Virginia is projected to see $5.2 billion in annual handle and $380 million in revenue, according to a study. That could result in nearly $60 million to state coffers.