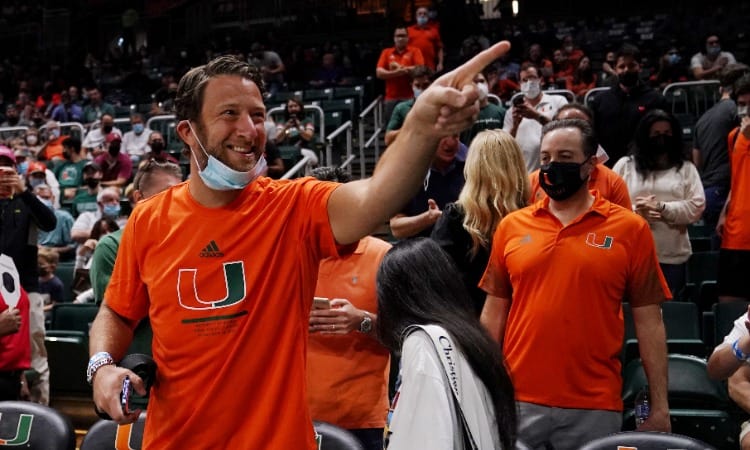 There has been a lot of chatter about consolidation in the sportsbook industry, but the “chatter” just put forward by Dave Portnoy, the face of Barstool Sportsbook  … well, it would shake the foundations of American sports betting.

“Like from — and I’m not involved in this — I don’t think there can be a more obvious synergy than between us and DraftKings,” Portnoy said Tuesday on the latest edition of The Dave Portnoy Show with Eddie & Co. “I think it’s game over if we merged. Honestly. I think that.

“I’m not involved in that, but if I looked around and my brain’s going, DraftKings, Barstool … they have very good tech, they have the market share, they have to spend a ton, and they’re spending all this on marketing — we could just erase that. All right, combine, we’re your marketing. … I think it’s a total game changer. Who knows? That’s just me with no knowledge, no nothing, but to me it’s like, ‘Oh my god, they have what we need, we have what they need, bang.’ Who knows?”

Portnoy’s comments came during discussion of the gambling industry on his podcast with his co-host, Chicago Eddie.

It all started when Eddie asked Portnoy about DraftKings’ recent quarterly earnings report, a report that Wall Street didn’t take kindly to.

“You can’t spend the money in this industry that is being spent on advertising and not get your f***ing ass kicked,” Portnoy said. “We don’t do it, it’s a different model. DraftKings is saying, ‘This is expected and just wait, because eventually companies will disappear and we’ll have market share’ — that is what they’re saying. They keep pushing the dates back [for achieving profitability].

Notable: Before signing a deal to partner with Penn National, Portnoy had negotiations to team up with DraftKings, which he discussed during a Twitter Spaces conversation with Roundhill Investments last year. He did note, however, that Penn National was the only company to come forward with a solid offer.

DraftKings declined comment Wednesday on Portnoy’s comment/trial balloon/outrageous word salad, and emails to Penn National were not returned as of publication.