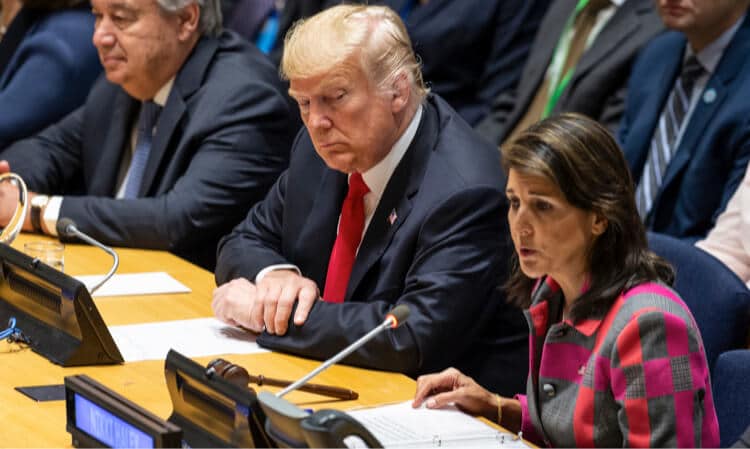 The 2020 election is over — finally. We suspect even those people who were continuing to bet on Donald Trump deep into December and January have stopped throwing their money away at this point.

But before we know it, midterm elections will be here, and not long after that, we’ll be talking about the Republican primaries and, with a by-then-octogenarian in the nation’s highest office, maybe Democratic primaries too.

Election betting is not legal at U.S. sportsbooks the way it is at some European and offshore books, although British gambling/politics insider Paul Krishnamurty told the Gamble On podcast last March that he thinks “2024’s going to have a chance” at regulated election betting in the States.

For now, though, prediction markets like PredictIt, which has modest limits, are the only way to legally risk money on the elections ahead.

And it’s already possible to risk that money on 2024, where the race to become the next president — or to bet on President Joe Biden to continue on for a second term — is shaping up to be fascinating.

The way odds work at PredictIt is different than the “-110” or “+200” type numbers you see at a typical U.S. sportsbook.

PredictIt lists each candidate/outcome with the number of cents it costs to purchase that outcome in order to receive a return of $1. So if Candidate X is priced at 50 cents, that means you’re risking 50 cents to return $1, which is the same as +100 (even money) sportsbook odds. Anything above 50 cents means the outcome is a better-than-even-money favorite. Anything below 50 cents means you’re getting a plus-money price.

Let’s look first at the market for the GOP nominee, as we know there will be primaries to determine that presidential-challenger role and the field is fairly wide open nearly four years out.

Former President Trump has the shortest odds, at 19 cents. That’s equivalent to +426, but he’s an extremely complicated candidate to bet on. While he escaped a conviction in the Senate after being twice impeached in the House, meaning he’s not currently barred from taking public office again, he is still facing possible criminal charges as a citizen in New York and Georgia and could potentially be in prison in 2024. He’s also 74 years old and has faced questions surrounding both his physical and mental health. Add in the talk of him abandoning the GOP to form his own party, and you’re looking at a significant parlay of obstacles you’d need to avoid for Trump to be the nominee in 2024.

Nikki Haley, a former UN ambassador and South Carolina governor, isn’t far behind Trump in the odds as she seeks to become the first female Republican presidential nominee. Haley is priced at 15 cents — or +567.

We don’t want to sound like election-betting touts, but 24/1 on Fox News pundit Carlson, who could follow the 2016 Trump blueprint as a prominent right-wing celebrity without a background in government, seems like a juicy price.

Biden and Harris neck and neck

On the Democratic side, the early odds suggest a fascinating two-horse race. The incumbent, Biden, is priced at 34 cents, or +194, to be the Democratic nominee. Under normal circumstances, you’d expect the current president in his first term to be something like a -1000 favorite. But these aren’t normal circumstances. Many believe that due to his age, Biden — even if he finishes his first term in good health — will want to retire and hand the reins to his vice president.

There’s not much else to choose from among the Democrats, since in 2024 there’s a chance there won’t be any contested primaries. But there are a few notable names available at a high return:

The other 2024 election market of note that is currently available concerns the matter of which party will prevail that November.

The Democratic Party is the favorite, with a 55-cent investment returning $1, the equivalent of a -122 bet, while the GOP candidate, whoever it might be, is a 45-cent (+122) underdog.

Both the Libertarian and Green parties are priced at 2 cents, for anyone banking on the two-party system crumbling in the next four years.

Sound crazy? Hey, if the last four-plus years in American politics have taught us anything, it’s that nothing should be taken for granted and no scenario is too absurd to become reality.