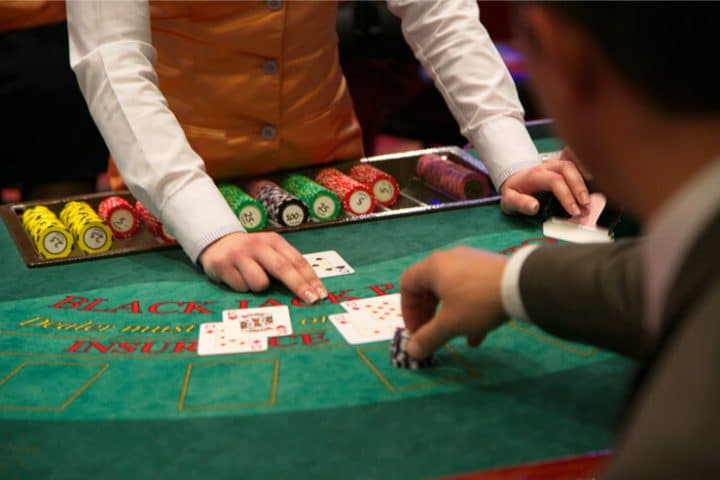 What does a loudmouth sports radio “shock jock” getting a 3½-year prison sentence for running a Ponzi scheme based around concert tickets have to do with compulsive gambling?

Everything, if we can take Craig Carton at his word about how and why he got himself into this mess.

The former WFAN personality, best known for hosting Boomer and Carton with Boomer Esiason, was handed his sentence last Friday by Judge Colleen McMahon. He’s one of three men heading to prison for his role in the scheme, joining Joseph Meli, who got 6½ years, and Michael Wright, who was sentenced to 21 months. For Carton, 50, the decision to “borrow” money from an individual investor as well as a hedge fund, purportedly to buy concert tickets in bulk, grew out of his need to pay off massive gambling debts.

And those debts were the result of a years-long addiction to blackjack, which got deeper and deeper as more casinos threw more perks his way.

Before he heads off to jail, Carton is on a media tour. He sat with The New Yorker for a profile, and he did a full hour, commercial-free appearance on Michael Kay’s ESPN Radio show on Monday.

There aren’t many silver linings when a man, especially a father of four, gets into this kind of trouble. But there is one here: Carton’s story is bringing awareness to compulsive gambling, a problem that mostly tends to exist in the shadows.

“Obviously, it’s unfortunate. You never want to see anyone go through this. But between Boomer and his team addressing it on the radio show, the hour with Michael Kay, and all of the other coverage, it’s been invaluable exposure,” Jamie Salsburg, the founder of the After Gambling blog and podcast and a recovering compulsive gambler, tells US Bets. “Those shows have a massive audience, and it’s going to bring awareness to the situation. It’s hard to put a number on the market value of a full hour in a prime slot on the radio in New York City.”

Many thanks to @TMKSESPN for having me on yesterday and for allowing me to bring some more awareness to my battle with gambling addiction and childhood assault. There is help out there for u. Talk to someone before it’s too late. 1 call, 1 text, 1 email it could save your life

The exposure has an additional likelihood of hitting home because popular radio personalities like Carton develop a connection with their audiences, so his listeners feel like they know him and are that much more likely to spend time contemplating the serious nature of his addiction.

“It becomes personal,” Salsburg notes. “It’s easy to say that those people playing blackjack at 3 a.m., or the people that are scratching off lottery tickets that can’t afford them, they’re the people that have problems. But all of a sudden when it’s somebody that you know — I think that’s the real value with Craig. There are a lot of people that knew him personally or, through the radio, felt like they knew him. So that’s going to be the place where he can really do a lot of good, going forward, is using that connection to bring awareness to gambling as an addiction.”

To some extent, Craig Carton might not be a big enough name to wake people up, to make more legislators and more citizens recognize and address a problem. If Michael Jordan was the one headed off to jail for crimes associated with a gambling addiction, the impact would be much more far reaching. But Carton’s example can be more impactful in other ways.

“Certainly, his media cycle’s going to spin out much faster than if it was a Jordan, a Barkley, someone along those lines,” Salsburg says. “But he’s more relatable to the everyman than those other people.

“It’s like any other addiction: It affects everyone. And that’s one of the things this shows. It doesn’t matter how much money you make, your level of fame; addiction doesn’t discriminate. There are probably larger stars that at some point will come out. But each story is going to help that next person. We’ve seen it with mental health, and I think we’ll continue to see it with gambling.”

It’s not about the money

Carton’s story is one of escalation and excess. What started as a five-figure blackjack challenge, essentially him acting on a dare from Esiason and their listeners to turn $10k into $25k back before Carton necessarily had a gambling problem, turned into multimillion-dollar swings and, not surprisingly, multimillion-dollar debts.

When Carton turned that $10k into not just $25k but a whopping $80k in a single night, it gave him a taste of something hard to duplicate. Many compulsive gamblers’ stories start with a situation like that.

What those who have never suffered from this addiction fail to grasp is that it’s rarely about the money. It’s not necessarily about a desire to win or a love of the game you’re playing, as Carton explained to The New Yorker’s Nick Paumgarten.

Did that quote ring true to Salsburg, who is closing in on nine years since the last time he gambled?

“Every word,” he says. “That was the quote that stuck out to me the most, that I connected with the most. It rings true on every level. You’re not playing to play the game. You’re playing to escape and to numb. At that point, it just takes more, higher levels, to get that same level of escapism and numbness.

“The other part, obviously, is you go up in the size of your bets because you’re trying to get yourself out of a hole. Gambling, it’s the only addiction where you think, I’m going to do this a whole lot more and that’s going to be my path out. An alcoholic would never say, ‘I’m going to drink myself sober.’ You have that past experience of winning. You’ve done it once, there’s always that belief that you can escape out of it. But along the way, the process is the numbing. That payback isn’t cash, it’s escape.”

Why legalization can help

One detail of Carton’s story that might cause a double-take for industry insiders is his personal relationship with former New Jersey Governor Chris Christie — a man who played a vital role in the current expansion of legal sports betting.

How, you might wonder, does someone like Christie reconcile being pro-gambling with having friends who have suffered because of gambling?

Salsburg wrote a blog post in March titled “A Case for Education — Not Prohibition — In Addressing Addiction,” in which he writes, “there are many cases to be made that prohibition actually makes things worse as it shoves the activity into the black market where it becomes even more dangerous.”

If you subscribe to that way of thinking — that gambling will take place no matter what, so we may as well regulate it and establish safeguards — then there’s really no hypocrisy whatsoever to having an awareness of compulsive gambling while supporting legal gambling.

“The important thing is not to sweep it under the rug, not to try and push it away,” Salsburg tells US Bets. “In the end, it all comes out. I mean, if you’re pumping sewage into the canal behind your plant, eventually the EPA finds out.

“So, I don’t think there’s something Christie needs to reconcile, aside from the fact that maybe this should make addressing problem gambling, and creating even better responsible gambling campaigns, more of a priority for legislators.”

To hear Jamie Salsburg go deeper on the topic of compulsive gambling and what’s being done to address it, listen to his February appearance on the Gamble On podcast.