Professional Sports Bettor Cruising On Jeopardy: ‘I’ll Bet On Anything’

Sports betting is going mainstream, and there's currently a pro sports bettor lighting up the buzzer on the popular Jeopardy game show. 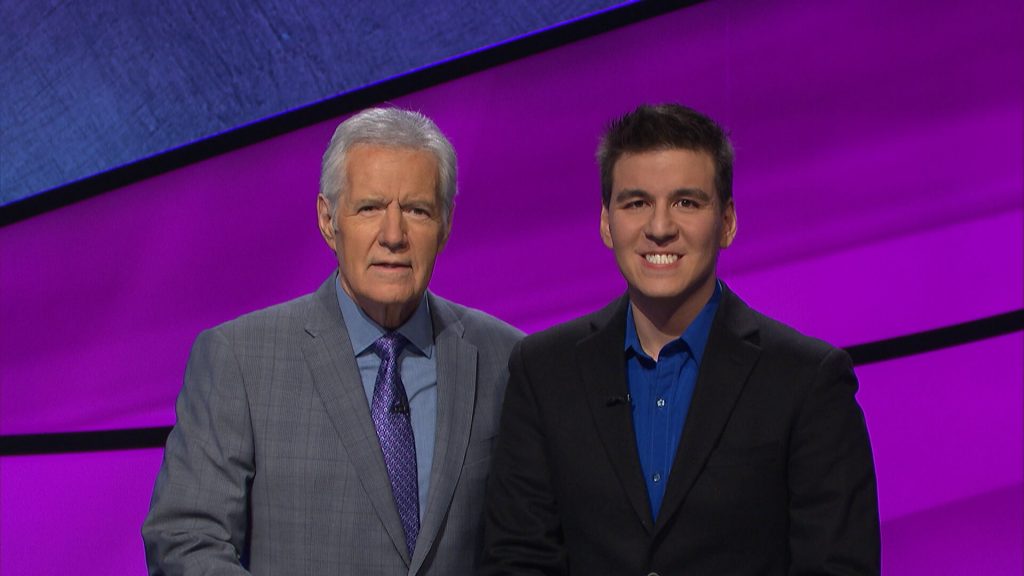 James Holzhauer, a pro sports bettor from Las Vegas, came into this week as the Jeopardy! champion, having won an impressive $82,606 in total between his first two appearances on the game show last week.

Holzhauer was actually on pace to set a new single-day record for the show in his debut, but he ran away with the game and didn’t need to risk a large amount on the Final Jeopardy question. The current record of $77k was set in 2010.

“I wish on yesterday’s program, James, you had not turned that into a runaway,” host Alex Trebek stated on Friday’s episode. “Because if it had been a close game, you’d have been forced to wager a lot more money, and you could have set the new one-day record.”

On Thursday’s episode, Holzhauer dominated a veterinarian from Illinois and a lawyer from Colorado. On Friday’s show, he convincingly beat a medical student from Florida and a computer programmer from California.

US Bets was able to score an exclusive interview with Holzhauer on Monday.

Holzhauer’s appearance on the popular game show comes as most states in the country consider legalizing sports betting in the wake of a May 2018 Supreme Court ruling that struck down the federal prohibition. With that said, Holzhauer resides in Las Vegas, where sports betting has been kosher for many years. When asked if he considered concealing his profession from the show, and thus the public, Holzhauer said the thought never crossed his mind.

“Not at all, I’m very proud of my work,” said Holzhauer, who has been betting on sports since 2006. “Every sportsbook in town already knows my name, so I doubt I’m burning any bridges.”

As for the unfolding sports betting boom, Holzhauer sees it as a positive for the industry he has called home for over a decade. “I think it’s overdue but a welcome shift,” he told US Bets. “I can’t see why there should be any stigma attached to sports betting in this day and age.”

Should Holzhauer manage to go on an extended Jeopardy! run, he might play a small (but still notable) role in helping legal sports betting continue its push into the mainstream consciousness.

‘I’ll bet on anything’

During his introduction on the show, Trebek needled him with a question about his profession.

“James Holzhauer is from Las Vegas. He is a professional sports gambler. What does that mean, exactly?” Trebek said.

“Oh, I’ll bet on anything,” Holzhauer replied. “Why, are you looking for a little action on the [Stanley] Cup this year? I like the [Tampa Bay] Lightning.”

“Oh, really? No, I’m not looking for any action whatsoever,” Trebek said. “I go to Vegas for the shows, not the gambling.”

FYI, Alex, there are eight states you can place a legal sports bet in, if you are visiting any of them.

Holzhauer isn’t the first professional gambler to succeed on the show. Former poker pro Alex Jacob went on a week-long run in April 2015, winning more than $150k. Jacob also won the show’s Tournament of Champions that year for $250k.

Sports betting going mainstream is overdue, and actually so is Holzhauer’s appearance on Jeopardy!

“I’ve dreamed of being on the show since childhood, so it feels great to finally be on that stage,” Holzhauer said. “I feel that I prepared for Jeopardy! as well as I could have, but I also know that one bad bounce is all it takes to lose a great bet. I felt very good about my chances, but so much of the game comes down to buzzer timing, luck, and the ‘home-field advantage’ of being the defending champ. I would have made myself -200 to win game 1, but a heavier favorite with each successive win.”

He hasn’t run hot enough to see a sports category on the show, but there was a “ballpark cuisine” category on his first game. Holzhauer answered every one one of those correctly.

“It didn’t hurt,” he said of his sports betting knowledge’s relevance for the ballpark cuisine clues, “but it turned out that junk food knowledge was actually much more helpful. Luckily I have plenty of experience in that realm as well.”

While he obviously knows sports through and through, it might be the experience of simply being a gambler that has so far given him an edge against the competition.

“I think that proper strategy calls for aggressive wagering on Daily Doubles,” he said. “I had no hesitation betting big when I needed to — and felt no extra pressure knowing how much was at stake — because I gamble all the time.”

Holzhauer appeared on the British gameshow The Chase in 2014, and turned in an impressive performance. One observer called him a “living Wikipedia.” Another commenter remarked, “If in a hypothetical scenario, aliens attacked Earth and the future of Earth hinged on James’ ability to win a quiz, we would all be partying.”

He also appeared on the first season of ABC’s 500 Questions in 2015. Holzhauer wasn’t victorious in his appearance there, according to sites that track show results.