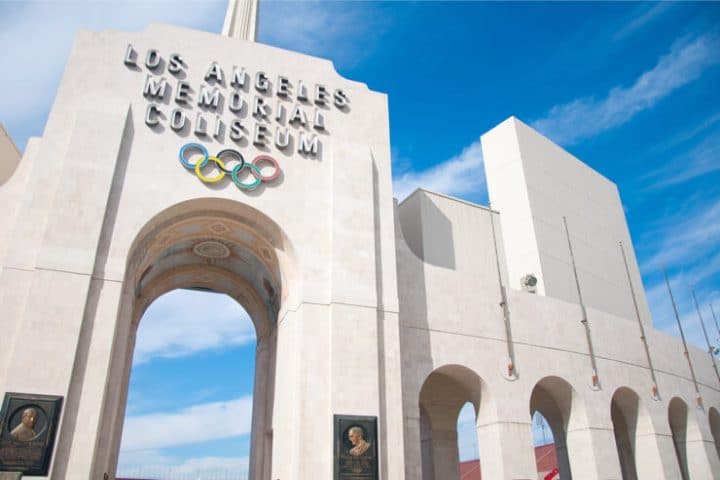 Is tonight’s Monday Night Football game between the L.A. Rams and the Kansas City Chiefs a Super Bowl preview? Maybe. Maybe not. Come playoff time, the Saints, Steelers, Patriots, etc., might have something to say about that.

But at the very least, it’s as close as we’ll come to a Super Bowl-level of sports betting excitement for a single game during the regular season.

No, you can’t find a line at the legit U.S. sportsbooks on the coin toss or the length of the national anthem. But in terms of the game itself, the 9-1 Rams vs. the 9-1 Chiefs is almost impossible to resist for bettors.

The October 29, 2000 game between the “Greatest Show on Turf” St. Louis Rams and the San Francisco 49ers had a closing over-under total of 62 points. That was the record for an NFL game according to data going back to 1986.

Unless there’s an 11th hour downward adjustment, Rams-Chiefs will close above 62. It opened at 64 points at the SuperBook at Westgate Las Vegas, but it’s come down a tiny bit over the past week. If you look around the New Jersey online sports betting scene, you’ll see that DraftKings Sportsbook and Play Sugarhouse both have the total at 63 as of Monday morning, and it’s 62½ at FanDuel Sportsbook.

So what’s the smart bet on the total?

The Chiefs are averaging 35.3 points per game, while the Rams allow 23.1. This is a simple calculation that obviously fails to account for an assortment of influencing factors, but those straight-forward numbers project to 29.2 points scored by the Chiefs.

The Rams, meanwhile, put 33.5 points on the board each game, and the Kansas City defense allows 24.0. That leaves us with an expectation of 28.75 points for L.A.

Both numbers round to 29, making 58 a reasonable total to expect here. Of course, if it’s actually tied 29-29 after 60 minutes, we’re going to overtime and probably hitting the over. But the rational play, nerve-wracking and soul-sucking as it can be to bet unders, is under, especially if the line is 63 or 63½ where you’re looking.

For what it’s worth, in that 2000 Rams-Niners game, 58 points were scored, meaning “under” bettors cashed.

Tonight’s game was originally supposed to be played on neutral turf in Mexico City, but the field last week at Estadio Azteca looked like 30-year-old carpeting in a frat house’s flooded basement:

So the game got moved to the L.A. Coliseum, making it a home game for the Rams, and the line moved with it.

The Rams opened at 1-point favorites at the SuperBook, but now that the game is in L.A., Todd Gurley and company are 3-point faves at DK Sportsbook and 3½ points at FanDuel and Play Sugarhouse.

The majority of the early money, before the site move, was on the Rams; since the spread widened, the Chiefs have been the more popular pick.

The number of game props and player props available to bettors on this game (and really any NFL game nowadays) is mind-blowing. At just about any location, you can move the line in any direction you like, parlay the moneyline with the over or under, bet on the first half or the first quarter, and even bet on the distance of the longest field goal.

And if you’re confident that the game won’t go to overtime, you can risk your ’roll at -3335 odds that it won’t. If you think it will, the payout is a much more modest +1050. In other words, the sportsbooks are holding up a neon sign that says, “Suckers welcome.”

Here are some of the more interesting options among the countless Rams-Chiefs props: