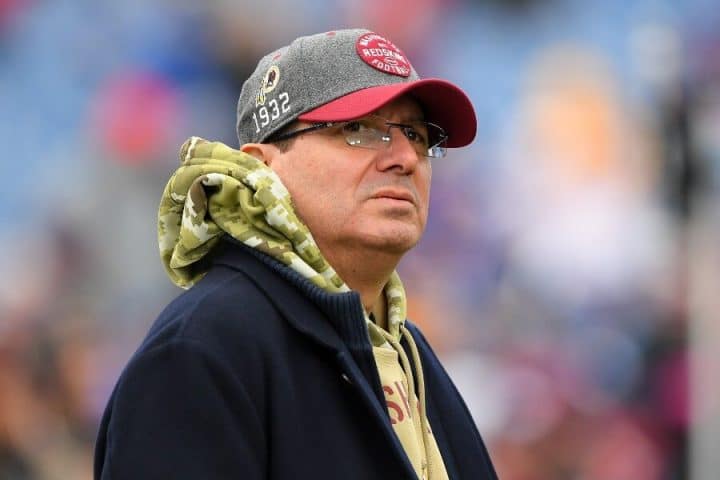 Maryland casinos have varying views on legal sports wagering, but it appears they are basically in alignment that there shouldn’t be a sportsbook at the current or future Redskins NFL stadium in the state.

A Maryland House committee on Tuesday held a hearing on a handful of legislative proposals up for consideration, including a plan to legalize and regulate sports wagering, both retail and over the internet.

The hearing featured substantial conversation from many industry stakeholders.

During the middle of the discussion, Maryland Del. Eric Ebersole, author of legislation for Maryland sports betting, asked several casino representatives on a panel about a recent report from the Washington Post that stated Redskins owner Dan Snyder is asking state policymakers to allow him to have a license for a sportsbook at a potential new stadium in Maryland. The team currently plays at FedExField in Landover, Maryland, and Synder could decide to build a new venue in Maryland later this decade.

Snyder reportedly dangled the idea of leaving the state if he can’t get a sportsbook license for a stadium. He reportedly could relocate the team to D.C. or Virginia, depending on access to sports betting.

“I can’t ignore the fact that there has been a visit from the owner of a NFL team, suggesting that he also have sports wagering at a facility,” Ebersole said Tuesday. “I wonder if anyone has an opinion on that.”

A representative for Rocky Gap Casino didn’t answer the question from Ebersole directly, but said that the casino only supports retail wagering at the casinos and racetracks.

Kerry Watson, VP of Government Affairs for MGM National Harbor, said that his company has a “nuanced” position regarding the conversation about casinos, racetracks, and OTB locations. A Maryland lawmaker doubled down on the stadium question, asking MGM to comment on that directly.

“I think the question was about a stadium having it,” the policymaker said. “I don’t know if the last answer addressed that.” Watson also appeared non-committal to taking a firm position and followed up by saying that the “opportunity also exists at a stadium if the legislature were to chose to go that route.”

Bill Rickman of Ocean Downs said a stadium shouldn’t have a sportsbook.

A representative for the Maryland Live! Casino said “casinos only” is its view on how the state should issue licenses to conduct sports wagering.

Representatives for Hollywood Casino Perryville and Horseshoe Casino Baltimore were not present to answer the question about sports venues and/or teams having licenses to offering sports wagering.

Later in the hearing, Justin Ross, representing the Snyder’s Washington Redskins, appeared before the committee. Ross advocated for the Redskins to have access to the industry, citing other jurisdictions in the U.S. that have looked at allowing retail betting at sports venues.

“We’re asking that FedExField be included into this legislation and be treated as any of the other licensees would be treated,” Ross said. “We would commit to a year-round [sportsbook] facility. There’s already a year-round retail store where you can get your Redskins gear. This is really about an amenity. This is the future. We would humbly ask to be included in the legislation.”

The Redskins are proposing an amendment to the bill. The team said it would find a sports wagering partner, rather than running sports betting itself, for both retail and mobile wagering.