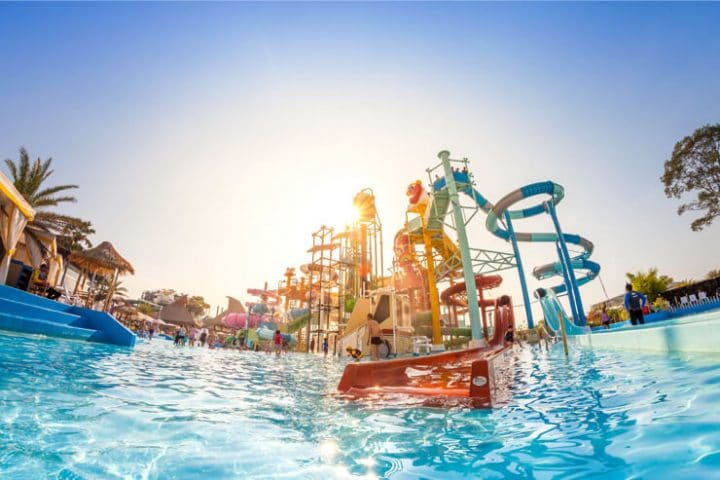 Resorts World Catskills casino has kicked off its first full year of operations in upstate New York, and the good news is that a series of new developments bode well for better returns than in 2018.

Then again, a lack of upturn would bring to the table serious questions about whether the $1 billion casino can survive.

The first bit of good news is that legal sports betting was projected last week by New York Gov. Andrew Cuomo to be coming to Resorts World in the next 100 days.

The NCAA men’s basketball “March Madness” tournament starts in less than 60 days, so having sports betting in time for that may not be a realistic goal. In fact, the 100th day would come in the last week of April, well past the excitement of opening day of the Yankees’ and Mets’ seasons.

In addition to the promise brought by sports, things are looking up at Resorts World in terms of entertainment.

The Kartrite Resort & Indoor Water Park, featuring a hotel with 324 suites, is scheduled to open in March next door to the casino. No specific date has been given, and on the company website you can’t make a reservation yet for a date before June 1. Rates in that month start at $179 in midweek and climb to $449 on Friday-Saturday, June 14-15.

The 15 water slides and coasters plus a wave pool, lazy river, indoor beach, arcade, spa, and eight restaurants and bars — coupled with the casino games — should attract more tourists to an area not overloaded with options. It will be the largest such water park in New York State.

(Note to those who come looking for Dirty Dancing landmarks: The Kellerman’s of the movie was modeled after Grossinger’s, which closed in 1986. Plus it was up the road in Liberty. Plus demolition on the site began last summer. Oh, and the movie was filmed at resorts in North Carolina and Virginia.)

The casino site also is getting a boost from the opening last month of The Alder, a 101-room boutique hotel on the grounds of the casino complex. It’s part of what casino officials call a 124,000-square-foot, six-story “entertainment village” at the site.

Within the Alder hotel is a TopGolf center, a 350-square-foot “suite and high-tech private space with comfortable bar seating, HDTVs, full catering, and top-shelf bar service,” as the casino describes it. TopGolf centers (there’s also a big one at Ocean Resort in Atlantic City) have proven popular for parties and corporate events, with simulators that allow you to whack a golf ball at a giant screen that registers how far your shot travels in a virtual sense.

The fabled Monster Golf Course in nearby Kiamesha Lake is undergoing extensive upgrades and is scheduled to reopen this summer as part of the Resorts World entertainment and sporting mix.

Not all the new developments are encouraging.

Empire Resorts, the owner of Resorts World Catskills and Monticello Casino and Raceway, this week announced that the 1,000 or so slot machines at Monticello would be removed come April.

The fabled 61-year-old track, which has been running about 200 racing dates a year, is not impacted — yet. When Empire Resorts CEO Ryan Eller tells the local press, ““For the foreseeable future we have no plans to close it” — well, it doesn’t instill complete confidence.

And there’s more bad news for Empire Resorts. The latest quarterly report to the Securities and Exchange Commission, which came in November, showed a loss of $33.7 million for the third quarter. This comes on top of losses of $37.2 million in the second quarter.

A substantial amount of the losses is due to the high level of debt on the Resorts World Catskills site — think Revel Atlantic City, alas.

So far the struggling new casino is being propped up by the family trust of Malaysian billionaire K.T. Lim, who so far has had limited luck in attracting enough Asian tourists to make the nearly 100-mile trip north from New York City.

The casino climbed from earning $111 per slot machine per day in July to $134 in September, but both figures fall far short of the casino’s $200 target. Lim, whose trust fund has pumped hundreds of millions into the operations, presumably will give the casino the spring and summer to see how much the water park, new hotel, golf course, and other amenities boost the bottom line.

But if Lim wants to see how being able to offer online sports betting in New York can help the finances, he is likely looking at a several-year wait. For now, he can settle for knowing that Yonkers Raceway’s racino, located on the way from Manhattan to the Catskills, can offer neither live-dealer casino games nor sports betting.

Coincidentally, the Meadowlands Sports Complex, talked up as a site for a casino someday, has its own water park opening this fall at American Dream Meadowlands.

Most of the 3-million-square-foot project is scheduled to open this spring, with the water park — quite the complex bit of construction — slated to dampen its first feet a few months later.

The new owners of Sands Bethlehem, meanwhile, are looking to jazz up the casino property with some sort of added entertainment such as — you guessed it — perhaps a water park.

Four years ago, Glenn Straub, then the owner of the Revel in Atlantic City, pitched a $108 million water park for the site. The park was to be both indoor and outdoor. Also proposed: high-speed ferry service from Manhattan to Atlantic City. (Various land masses about halfway through the trip would have provided some buffer from the winds, but after that, well, theoretical travelers would have wanted to put a sturdy chin strap on that bonnet.)

It’s not quite clear why everyone is trying to connect gambling with water-sliding, but Resorts World Catskills will prove an interesting test case for whether one attraction can help the other.

Catskills Casino: Poker, Sports Betting On The Rise — Amid Cloud Of Bankruptcy

The Search For The Site Of The VLT Parlor Coming To Orange County, NY