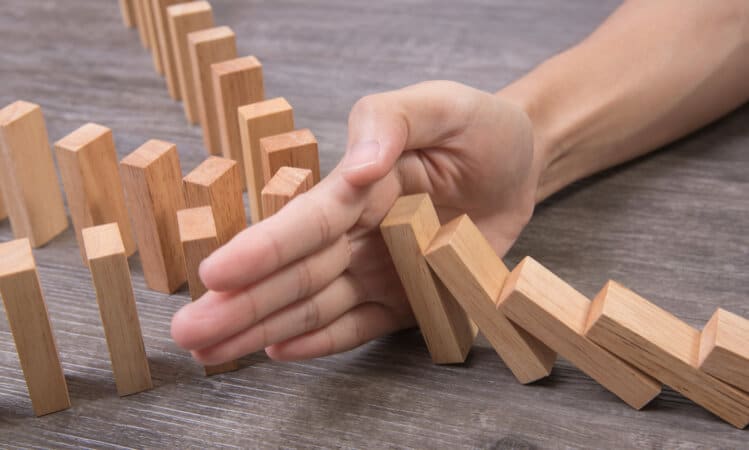 Keith Whyte, the executive director of the National Council on Problem Gambling, hosted a virtual panel for SBC Digital North America last week that focused on something a bit different.

Whyte explained that the industry’s “responsible gaming” initiatives too often are seen as solely being attempts to address gamblers already in serious financial and/or emotional trouble.

“These are prevention programs,” said Jen Shatley, a research assistant at the UNLV International Gaming Institute who previously was a longtime Caesars Entertainment executive. “We are trying to identify at-risk behaviors before those problems develop. It’s an important distinction that sometimes get lost.”

“We need to focus on measures that help people take a break and stop [gambling],” Catania said, adding that RG needs to be fully integrated into a gaming company’s operations.

Caesars as an early intervenor

Shatley said that Caesars‘ “Ambassador” program was created back in 2003 as an attempt to better engage its customer base — and part of that was offering RG material.

“Even if a customer had no issue there, they would say, ‘I appreciate that you cared enough to come to me and say this, and express that concern,'” Shatley said. “‘It makes me feel that you care about me as a person, not just a customer or as a profit center.'”

In other cases, Shatley said customers would say, “You made me think about what I was doing, and maybe take a break and reassess and then come back fresh.”

Catania noted that “there is a business case for responsible gambling. If you just want to go for a quick win, then RG is not your game.”

Shatley added that a sense of connection with a gambling company builds brand loyalty — and that savvy companies prefer to have a lifetime customer over one who might quickly burn through their available funds.

Helping gaming employees along with customers

Another aspect of RG often overlooked is that customer service employees who got to know customers also might come to learn about behavior that made a customer at risk for negative outcomes.

“Employees didn’t know how to deal with it, and it caused a lot of frustration. Do I ignore it? What should I do?” Shatley said. “When you give them a process, it relieves a lot of stress and makes them enjoy their job to know that they reported this [to the RG department], and someone is going to handle it.”

“Many gamblers don’t know if what they are doing is normal or not,” Shatley said. “They can get a message that says, ‘Did you know that people typically play “X” hours on average, or that they spend “X” money on average?’ They might say, ‘Oh, I’m outside the norm — maybe I shouldn’t gamble as much.’ They can be in their own bubble, and once they are aware, they may change that behavior.”

“Senior management has to be completely committed to this. It has to be driven from the top,” Shatley said.

Europe as a guide for U.S.

On another panel, Martin Lycka — a senior vice president for American regulatory affairs and responsible gambling at Entain Group — stressed that concerns about compulsive gambling in Europe are a warning for the expanding legal gaming industry in the U.S.

“If there is anything to learn from the [United Kingdom] and the wider European experience, it is that sitting on the fence and waiting for any storms to blow over does not pay off,” Lycka said. “I strongly believe that the North American industry is best advised to actively engage with responsible gambling matters, and tackle them head-on with both enthusiasm and determination.

“In other words, we might want to get on the front foot right here, right now, in order to prevent the simmering problem gambling concerns from boiling over,” Lycka added. “Let’s not forget the old sports saying that defense win championships. Shoring up our consumer protection defenses will give us an even stronger momentum for further economic development in the North American markets.

“Here is our challenge: Can we have an attractive product offering while protecting our customers from the scourge of gambling addiction? The answer is a resounding yes. Yes we can — and yes we must.”