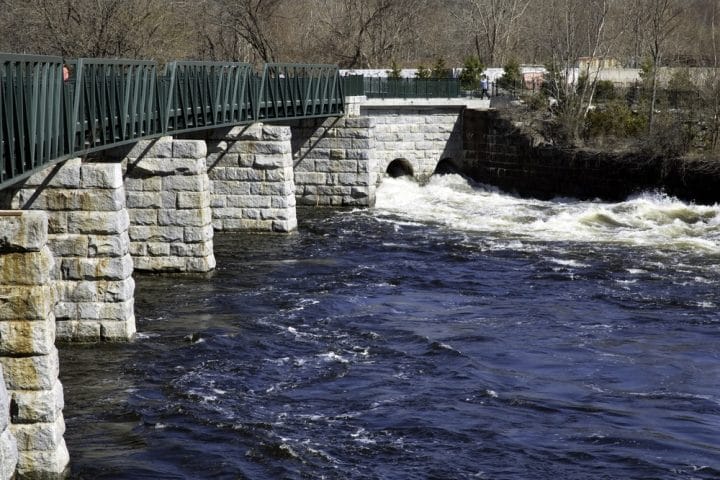 Rhode Island became the eighth state nationwide, and first in New England, with sports wagering with the launch of a brick-and-mortar sportsbook at the Twin River Casino in Lincoln at 3 p.m. local time on Monday. The state originally planned to launch earlier this fall, so the opening of the sportsbook was a little overdue.

The state’s other casino, Twin River’s location in Tiverton, is projected to go live with a sportsbook sometime next month.

Like some sportsbooks in other states, Twin River’s initial foray into sports betting comes through a temporary sportsbook, which it’s calling “Phase 1.” Basically, the casino wanted to launch ASAP and it didn’t want to wait to finish constructing its permanent sportsbook. The Phase 1 sportsbook is located on the third floor of the property in the simulcast wagering area.

We are less than 30 minutes away from legalized sports betting in New England as @twinrivercasino in Rhode Island prepares to accept its first bets at 3 p.m. ET. pic.twitter.com/Oyup2iUHSa

Rhode Island lawmakers legalized the activity in June, which followed a May U.S. Supreme Court ruling that struck down the 1992 federal ban.

No internet bets, for now

The bill that sailed through the Rhode Island General Assembly in June was H 8350. Two other sports betting proposals failed, according to state records.

The law the governor signed didn’t authorize online or mobile sports betting. A separate piece of legislation, H 8320, would have allowed the Rhode Island to have a state-of-the-art industry. Instead, lawmakers took the conservative route and will allow the black market in the state to control the online show.

“We wanted to start small and make sure we have the operational system down pat in the casinos before we explore online or mobile,” Paul Grimaldi, spokesman for the state’s Department of Revenue, told Reuters.

Rhode Island will be poised to go online whenever lawmakers are ready. IGT and William Hill power Rhode Island sports wagering. IGT is behind the computer technology, while William Hill is setting the lines.

Given the state’s small size and lack of internet wagering, Rhode Island’s launch would have received considerably less fanfare if its New England neighbors had beat it to the punch. Thanks to being the only game in town for many in the region (especially those in Massachusetts), the Twin River Lincoln temporary sportsbook will have to do.

Speaker of the House Nicholas Mattiello, Senate President Dominic Ruggerio and John Taylor, executive chairman of Twin River Worldwide Holdings Inc., placed the ceremonial first wagers, which marked the opening of the sportsbook to the general public. A sizeable line had formed prior to the first bets.

It’s appropriate that state lawmakers made the first bets, especially considering that Ruggerio, who spearheaded the legislative efforts, was frustrated it took so long to launch.

When sports betting was legalized, the state was eyeing $23.5 million of new revenue from the activity for fiscal year 2019, assuming an Oct. 1 launch. That projection has been slashed to less than $12 million. The launch delay was thanks to complex negotiations between the state and its partners.

Missing most of the 2018-19 NFL season sure hurt Rhode Island.

There’s no reliable projection for how large Rhode Island’s sports betting market will become with 51% going to the state and no online bets. If anything, it remains to be seen if the state’s industry could survive in the long run if all other states in the region have retail and internet-based sports wagering.

A $2.4 billion casino is slated to open outside Boston in mid-2019. The fate of Rhode Island sportsbooks will depend heavily on betting interest for Boston sports teams. Massachusetts will consider sports betting next year. Boston and Twin River Lincoln are about 50 miles apart.

Earlier this year, after progress in the legislature with regard to sports betting, Ruggerio boasted that “Rhode Island taxpayers will be receiving the highest percentage of revenue in the nation from sports wagering.”

Senate President Dominic Ruggerio at @twinrivercasino sportsbook opening in Rhode Island says, “I’ve been waiting 40 years for this day … Let’s get it on.” #sportsbetting pic.twitter.com/5aE8TYdJSy

Pennsylvania’s 36% tax rate seems reasonable by comparison, although the dynamic is different in PA, as sportsbooks will be run by the casinos, and not the lottery.

Whether sports betting turns out to be a lucrative or not, it will increase visitation to the casinos and more than likely help other games on the casino floor, very much like a poker room did around a decade ago. Rhode Island’s casino gambling market of $624.8 million in 2017 was flat in a year-over-year comparison, according to the American Gaming Association

How does the sports betting tax compare with the tax on other gambling found at the state’s two casinos? It’s actually not that bad, relatively speaking. According to the American Gaming Association, Rhode Island’s gaming operators retain between 26–28.85% of their gaming machine revenue. But sports betting is a lower margin vertical than slots.