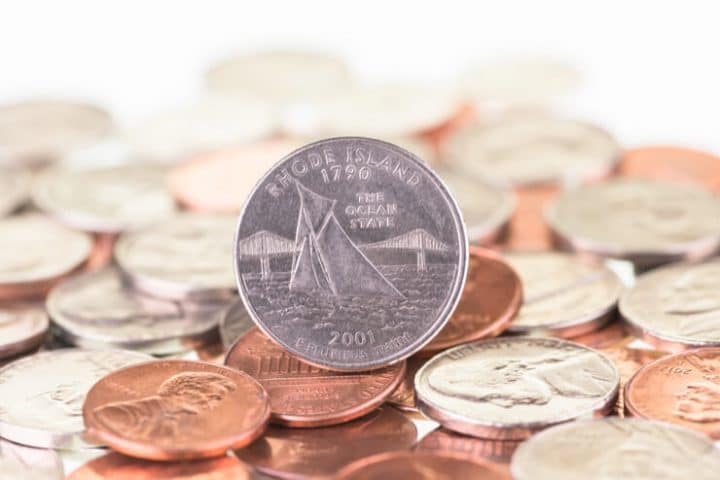 The nationwide rollout of legal sports betting will take years, not months, in the wake of the U.S. Supreme Court’s striking down in May of a 26-year-old federal law that had given Nevada a near-monopoly on such gambling.

Still, the march continues. Not only have five additional states launched sports betting in the past five months, but more are on their way.

And our pick for the seventh state is … Rhode Island.

State officials last week said that mid-November is still the target date, per The Providence Journal.

The two Twin River Casinos, in Lincoln and Tiverton, will host the sports betting under the authorization of the state lottery, in partnership with both IGT and William Hill.

Beasts of the East

Rhode Island is in the running along with Pennsylvania, New York, and Connecticut (notice a pattern yet?) as states that have gotten legislative approval for sports betting already. That would seem to put them many months ahead of any other contenders, but New Mexico was a surprise at the sixth slot a couple of weeks ago because while the legislature hasn’t acted yet, the state’s compact with the Native American tribes doesn’t forbid it.

Construction of a sportsbook already is underway at the Lincoln site adjacent to the wonderfully named “Wicked Good Bar and Grill.” The same goes for the Tiverton site, which just opened on September 1.

The new casino, in the southeast portion of the tiny state, is about 90 minutes from New London, Connecticut, but just a handful of miles from the Massachusetts border and about 75 minutes from Boston. Massachusetts is now in the casino game, but has no sports betting yet.

Twin River Casino in Lincoln — farther north than Tiverton but not as far east — is just over an hour from Boston.

The locations help explain why Connecticut and Massachusetts don’t seem to be feeling direct heat from Rhode Island on the sports betting front. If Rhode Island had a casino in its southwest section near Route 95 or Route 1, Connecticut might well already have worked things out with the Indian tribes regarding sports betting at Foxwoods and Mohegan Sun.

The sooner Rhode Island wraps up its process, the sooner residents will be throwing down money on the Patriots, Celtics, and Bruins. Those could produce some, well, wicked good revenues for the state (even if its projection of $23.5 million in tax revenue off a 51% tax rate by the June 30, 2019 end of the fiscal tax year seems a tad optimistic).

If not Rhode Island, then who?

What if there is a logistical hiccup in the Ocean State? Then look to Pennsylvania to claim the No. 7 spot. Parx Casino executive Matt Cullen told our sister site Penn Bets that the casino hopes to be offering betting at a temporary sportsbook there “the end of November, maybe the beginning of December.”

Finally, New York State seemed like a pioneer in 2013, when a comprehensive gambling bill gave the green light to construction of four casinos upstate — the southeastern-most one being in the Catskills — and approved sports betting at the casinos once federal law no longer prohibited it.

But first the state’s gaming commission has to formalize regulations, followed by a 60-day “vetting period.”

In other words, New York isn’t adding sports betting in 2019, and we’re waiting on laws allowing cash cows Yonkers and Aqueduct racetracks in on the action, as well as online sports betting legalization. Those bills aren’t due for a vote until next spring at the earliest.

Here’s a roll call of states currently offering legal sports betting, in the order in which they went live:

Monsters Of Mid-Way: The NFL’s Big Betting Trends Halfway Through The 2018 Season

Will Colorado Stay Ahead Of The Pack With Sports Betting Like It Did With Recreational Marijuana?