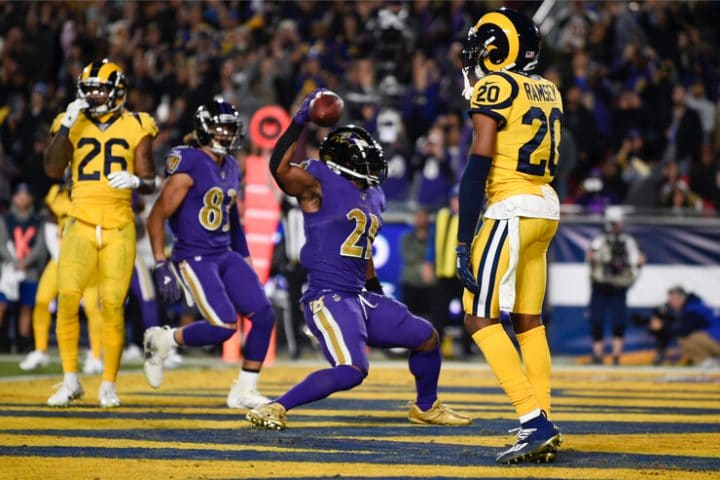 The Westgate Las Vegas SuperContest is, and might always be, the granddaddy of season-long NFL picks contests. The $1,500 buy-in handicapping challenge dates back to the 1980s and draws entrants from all over in search of the only seven-figure first-place prize available for legal competitions like this.

But the SuperContest has company this year. With sports betting regulation spreading from state to state, New Jersey and Pennsylvania both saw online sportsbooks announce SuperContest-inspired affairs for the 2019 NFL season.

The contests each take distinctive approaches. For the SuperContest, entrants pick five games each week against the spread. DraftKings’ Super Pool in Jersey had a $500 buy-in, didn’t start until Week 4 of the season, and requires that entrants pick 70 games against the spread over 14 weeks — but not exactly five each week. Rush Street’s Pennsylvania Pick ’Em is quite different, as spreads are irrelevant; entrants, after paying a $150 buy-in, are picking winners for every Sunday and Monday game.

One thing both the Super Pool and the PA Pick ’Em have in common: overlay. The New Jersey contest has a lot of it, as 2k entrants were needed to hit the million-dollar guarantee, and only 989 ponied up. The Pennsylvania picks competition needed approximately 4k entries (factoring in the discounts the hosts offered) to hit its $500k guarantee, and landed “around 3,500,” according to the organizers.

With five weeks to go in the NFL season, the leaderboards in all three contests are as tight as Vince Wilfork’s jersey.

It looked early on like the Vegas SuperContest might have a runaway winner, as “Tuco” (you have to love anyone who names his entry after a former Walter White adversary) got out to a 27-3 — yes, 90% against the spread — start. But Tuco has come back to the pack. He’s still in first place with 38 wins, 16 losses, and a push, good for 38.5 points, one full point ahead of “SchannonSportScience” in second place.

And the financial difference between first and second place is massive. The runner-up takes home $505,190, nearly a million dollars less than the winner.

Afloat in the Super Pool

If the SuperContest leaderboard is straightforward, figuring out who’s on top in the Super Pool is anything but.

Because some entrants have exhausted all 70 of their picks while other contenders still have half of theirs remaining, the current “leaders” in games picked correctly have no realistic chance of winning the $250k first-place prize and might not finish much better than a min-cash.

Officially, “JoeD0914” is in first place right now with 44 wins, 23 losses, and three games left to pick. But a 65.7% win rate would land the entry roughly 50 spots down the leaderboard at the moment.

Going by percentage, here’s the current top 10 (including a tie for 10th place) in the Super Pool:

It’s interesting to note that two participants each have two entries in the top 10 (presumably “Samslusher1’s” two entries have been identical so far). Also notable: In 24th place sits “mruane,” at 33-of-49 for 67.3%, which one suspects is Hoboken’s Michael Ruane, who finished fourth and 10th in back-to-back years in the World Series of Poker Main Event in 2016 and 2017.

On average, entrants have submitted 48.84 picks apiece and have 21.16 remaining, and they’re getting 25.42 of those 48.84 correct — meaning in the contest on the whole, 52.04% of games have been picked correctly against the spread.

The cutoff to finish in the top 150 and cash will likely be somewhere around 60%.

Shouldn’t it be easier without spreads?

Amazingly, even with point spreads taken out of the equation, the leaders in the Pennsylvania Pick ’Em aren’t doing any better, percentage-wise, than their counterparts in the SuperContest and Super Pool.

Five entrants — Gary, pitt5618, getsome, GNLLNG, and Anonymous3 — are tied at the top with 116 wins in 164 games picked so far. That’s a win rate of 70.7% — barely better than Tuco in the SuperContest, and trailing several Super Pool contestants.

It’s an indication of how many upsets there have been this season in the NFL, and also of how much variance rears its head when you’re picking every game, every week.

The difference between the PA Pick ’Em and the other two pools is that the mean score isn’t hovering near 50%. The vast majority of the field in the Rush Street contest sits between 55-70%. And 50th place is just four correct picks behind first place at the moment.