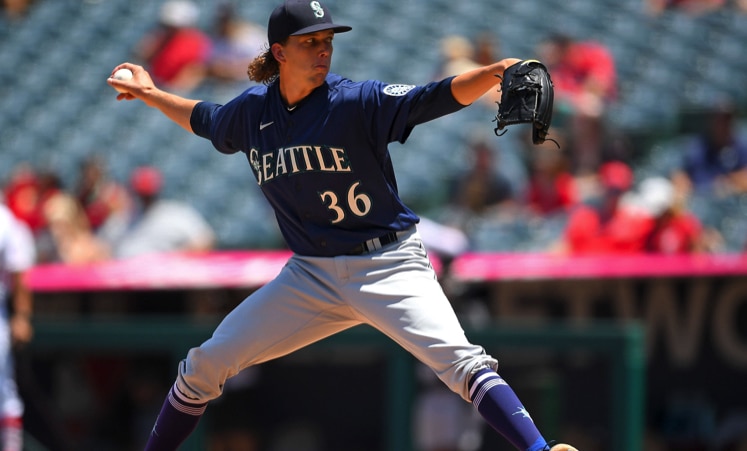 Despite tying a Major League Baseball record with 116 wins during Ichiro Suzuki’s rookie season, the Seattle Mariners failed to make the World Series that year, succumbing to the New York Yankees in the American League Championship Series shortly after the 9/11 terrorist attacks. In fact, the Mariners have never been to a World Series in their 45-year existence — the only remaining team never to have played for the sport’s title.

The Mariners also bear the dubious distinction of having endured the longest postseason drought in all of professional athletics, as they’ve missed the playoffs in every season since 2001.

Hence, it’s easy to understand why the Mariners don’t get a ton of respect from major sportsbooks. But this season, in spite of a run differential (-56 heading into Monday night’s win at Tampa Bay) that’s among the worst in baseball, Seattle is still in the race for a wild card berth with a record of 57-50. And according to StatFox, the Mariners have been the second most profitable (+20.5 units) team to wager on in all of MLB — behind the San Francisco Giants (+24.4), who boast baseball’s best record.

The Mariners post a winning record about as often as the Olympic Games are held. But when they do happen to win more games than they lose, they regularly do so while getting outscored by their opponents across the season. Since 2004, the team has posted a winning record five times, not counting the current season. In three of those five winning campaigns, the Mariners finished well above .500 while posting a negative run differential.

“The teams that have good bullpens have a better record than their run differential suggests,” said WynnBET baseball trader Matt Lindeman, who added that the last time (2018) the Mariners posted a winning record with a negative run differential, then-closer Edwin Diaz “had a career season.”

“With a good bullpen, they’re performing well in these close games,” Lindeman concluded.

But as FOX Sports betting analyst Sam Panayotovich points out, the Mariners’ bullpen hasn’t been that good. Heading into Monday night’s game, the M’s pen ranked smack in MLB’s midsection (15th) with a 4.10 ERA. Granted, that’s hardly the only metric by which to judge a relief corps, but it’s a significant one.

“They’ve been one of the bigger head-scratchers for oddsmakers this year,” said Dave Sharapan, a veteran oddsmaker who co-hosts Sports Handle’s “Get a Grip” podcast. “Throughout the season, it’s been a struggle to make the numbers. They give up a lot of runs. Teams like this used to give me fits because I watch the games and you can’t account for magic. Sometimes there are just things that happen with a team throughout a season — they get these come-from-behind wins and things like that and those don’t get factored into the numbers.”

‘One of the most overachieving teams’

John Murray, executive director of sportsbook operations for the Westgate Las Vegas SuperBook, called the Mariners “one of the most overachieving teams this year” after they dropped two of three games to the lowly Texas Rangers over the weekend — allowing both the Blue Jays and Yankees to catch them in the race to overtake Oakland for the final AL wild-card spot. “It’s a longshot that Seattle will make the playoffs at this point,” Murray said. (The Mariners will visit both New York and Toronto within the next two weeks, two series that should go a long way toward determining Seattle’s playoff viability.)

“When a team is consistently winning close games, it’s because they have a very good bullpen,” Murray explained. “But we would expect that variance to balance out over time. A team that’s consistently posting a negative run differential, we would expect them to have a losing record about three out of every four years, which is about where the Mariners are at.

“Next year, we’ll do the win totals and say, ‘This team totally overachieved or underachieved based on run differential,’” Murray added. “We would expect things to revert back to the norm and Seattle would start losing more of these close games and Toronto would start winning them.”

To put the Mariners’ overachievement in perspective, the 54-49 Blue Jays had a +107 run differential entering Monday’s loss to Cleveland, meaning they’ve been 163 runs better than the Mariners this season despite sporting a slightly worse record.

Barring a massive skid (it’s happened before!) or a sea change in oddsmaker mentality, one area in which the 2021 Seattle Mariners will have undoubtedly thrived is as a moneymaker for bettors who like taking underdogs.

“They were a dog 17 times in July,” said Panayotovich. “If you can find the right underdog that wins enough, you don’t need to be .500 [as a gambler]. You can go 14-20, but you’re making money on the plus side. They’ve been in that wheelhouse of +150, +165. You win a couple of those games, you can afford to lose as a sports bettor. It’s not like the Yankees or Dodgers, where you’re laying $2. You can swallow Seattle losses more than you can swallow most teams.”

Speaking of the Yankees and Dodgers, they fall on the other end of the StatFox spectrum in terms of bettor profitability, with each of those perennial contenders ranking in the bottom 10 at -13.4 and -6.5 units, respectively.

As for the Mariners’ ability to defy oddsmakers’ expectations, their success has largely come in games started by Logan Gilbert and Chris Flexen, who was on the mound for Monday’s Tampa tilt. The Mariners have won 11 of Gilbert’s 13 starts despite only being favored in three of those games, making him the most profitable starting pitcher (+12.4 units) in all of baseball, with Flexen (+9.8) ranking fourth.

“Bookmakers eventually catch on, but the market really hasn’t caught up to Gilbert,” said Panayotovich.

As for Flexen, his Mariners were at +180 at FOX Bet heading into his start against the Rays on Monday. Naturally, Flexen and the Mariners wound up winning. Rodney Dangerfield can relate.