Second Wave Of Casino Closures Hitting, But Pennsylvania Well Equipped To Weather It 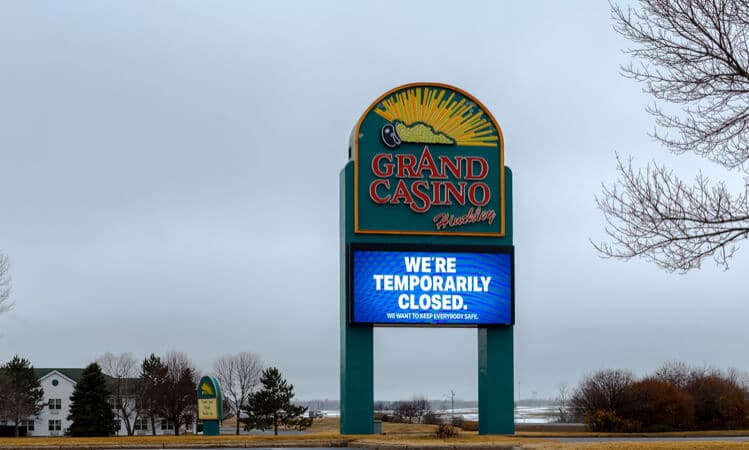 The light at the end of the COVID-19 tunnel is flickering into view. Vaccine distribution is underway in Europe and is beginning in the United States, offering optimism about a return to “normal” in 2021.

At the same time, however, new daily COVID cases and deaths in most states are at an all-time high.

This puts governors in perhaps the trickiest and most polarizing spot in which they’ve found themselves at any point in this pandemic. There are no easy mitigation decisions. It would be nice to save lives without sacrificing jobs and to save jobs without sacrificing lives, but the virus is hardly cooperative with those goals.

So for the second time this year, the brick-and-mortar casino industry is caught in the crossfire.

There was a stretch in April when every single casino in the country, tribal and commercial, was closed due to COVID. Such a scenario is highly unlikely to repeat itself, but after Pennsylvania Gov. Tom Wolf announced last Thursday that non-essential Keystone State indoor businesses — including casinos — would have to close for at least 23 days starting this past Saturday, the number of casinos open nationwide is the lowest it’s been since mid-summer.

Over the weekend, Pennsylvania went from one closed casino — Rivers Philadelphia, which had to play by city rules that didn’t affect the other properties in the state — to 13. That brings the tally, according to the American Gaming Association’s tracker, to 123 casinos closed out of 989 nationwide.

Among other states where governors have mandated closures:

Elsewhere, it’s been a mixed bag, as a quick scan of the AGA’s map illustrates.

The two most notable states that haven’t mandated casino closures are Nevada, home to more than 400 casinos, and New Jersey, which contains nine casinos in Atlantic City.

On Sunday, Nevada Gov. Steve Sisolak announced he would keep the Silver State’s casinos open for business for now while extending the additional restrictions he implemented three weeks ago. Any decision Sisolak makes will be controversial, as casinos are Nevada’s chief economic driver but the state currently has the highest rate of COVID-19 hospitalization per capita in the U.S.

New Jersey Gov. Phil Murphy is also soldiering on, even as nearby PA casinos close. He’s taking heat in some corners for continuing to allow indoor dining while Pennsylvania and New York are not. He is relying instead on capacity limits and a 10 p.m. curfew to try to avoid substantial COVID outbreaks.

If Atlantic City casinos do close in the weeks ahead, they will undoubtedly be better equipped to survive a short-term shutdown than is the case in most states. The reason: a legal and regulated NJ online casino industry that, at last count, produced $93.5 million in revenue in a single month.

Pennsylvania is the only other major gaming state able to fall back on that financial cushion. The state’s online casinos combined for a PA record $59.8 million in revenue in October, and with the land-based properties closed for more than half of December, there’s every reason to expect another significant uptick when this month’s figures are tallied.

That’s small consolation, though, to casino workers who are being kept home for at least the next three weeks. It remains to be seen whether other properties will follow Wind Creek Bethlehem’s lead and provide paychecks during this time for their employees.

Online casinos are expected to launch in Michigan in January, providing a jolt to those struggling Detroit gambling facilities. Mobile casino gaming is also available in the relatively small state of Delaware.

But in most of the country, casino closures mean no gaming revenue at all. Online sports betting is a help in 13 jurisdictions and counting, but its profits for the house pale in comparison to slots and table games.

Will the coming availability of vaccines incentivize more governors and casino operators to shut down for the winter, knowing a recovery is on the horizon? Or will it have the opposite effect, encouraging them to roll the proverbial dice because the death toll won’t rise for too much longer before science begins to flatten the curve?

At some point in 2021, the decisions should get easier. For now, there are no simple answers — especially in states where legislators haven’t provided their casino operators with an online safety net.