When could sports betting be allowed in the Sunshine State again? 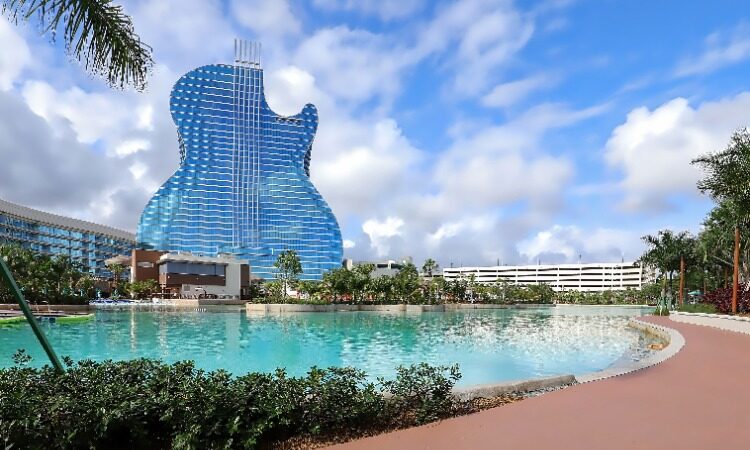 Sports betting was live in Florida for 33½ days — long enough to capture four NFL and college football weekends, get three court decisions, and create an unprecedented situation. A little more than a month after the Seminole Tribe launched digital wagering through its Hard Rock platform, the tribe on Saturday morning suspended operations after an appellate court denied its appeal for a stay to continue offer betting while a court case works its way through the system.

At issue is whether or not the Seminoles’ gaming compact with the state of Florida is legal, a concern that lawmakers had even when they approved it during a special session in May. The compact all but grants the Seminoles a monopoly and allows for wagering off tribal lands by deeming that any bet placed anywhere in the state be considered on tribal lands if it flows through a server on Seminole lands.

The Indian Gaming Regulatory Act allows for wagering on tribal lands, but not off. A U.S. District Court for the District of Columbia in early November called for the compact to be vacated because it violates IGRA. Wagering is not legal in the state of Florida, and IGRA doesn’t govern gaming off reservation.

Seminoles will continue to look for solution

The Seminoles say the suspension of sports betting will be temporary as the tribe will continue to fight for the opportunity to offer it. The tribe will offer refunds to all current players “as requested,” it said Saturday morning.

The decision to suspend wagering came before kickoff of Saturday’s slate of college football games, and it marked the first time since the Supreme Court made sports betting a states’ rights issue that a state had sports betting and then did not. Only two other times since that 2018 decision have digital platforms been taken down — in West Virginia in 2019 over a vendor dispute and in early 2021 in Tennessee when the regulator accused the operator of financial crimes. Live betting in that case was restored within a week. And in both West Virginia and Tennessee, bettors had other options.

In Florida, bettors can no longer place a legal sports bet in the state via a mobile device. The fate of retail wagering is also on hold, as U.S. District Court Judge Dabney Friedrich called for the 2021 tribal-state compact to be vacated. The tribe must now operate under its 2010 compact, which does not address sports betting. The case, however, is now in the U.S. Court of Appeals for the District of Columbia, and no date for oral arguments has been set.

Bettors none too happy

If Twitter is any indication, the Seminoles have angered bettors. How that will play out when the tribe and state finally sort out what legal sports betting will look like is unknown.

Hard Rock shuts down sports betting operations in Florida. That’s one way to get out of Georgia -4, Baylor +6.5, etc.

I get not taking more action, but to cancel all football bets for this weekend is beyond shitty. pic.twitter.com/bP9veNmLzr

I’m really disappointed that my 50-1 long shot bet I placed on the first weekend of legal sports betting in Florida was just voided by the @HardRockHolly. I bet on @GoBearcatsFB to win the college football national championship. $100 gets you $5100. pic.twitter.com/APyKTL27av

Four lawsuits related to Florida sports betting have been filed since the state legislature approved the compact. One has been thrown out. Last Wednesday, the Las Vegas Sands Corp. became the first to sue the Seminoles directly, accusing them of blocking Las Vegas Sands from being able to collect signatures to get its own gaming initiative on the ballot.

But the case that stakeholders are watching is West Flagler Associates and Bonita-Fort Myers Associates vs. U.S. Department of the Interior Secretary Deb Haaland. In that case, two parimutuels called the compact illegal, argued that giving the Seminoles a monopoly will “irreparably harm” their businesses, and requested an injunction against wagering.

Friedrich found in favor of the parimutuels just before Thanksgiving, but the Seminoles did not suspend wagering at that point. Friedrich then denied their appeal for a stay, and the Seminoles next filed for a stay at the appellate level. On Friday, the three-judge panel denied the stay request, 2-1. In theory, the tribe should have suspended wagering on or about Nov. 22, when Friedrich made her first ruling.

“Lastly, as for the wisdom of the Seminoles continuing to take sports bets after Judge Friedrich ruled, there was none. All it was doing was making Judge Friedrich angrier and angrier,” said Bob Jarvis, a professor specializing in gaming law at Nova Southeastern University’s Shepard Broad College of Law, via email. “It definitely was not a good look, and if I had been advising the tribe I would have told it to stop taking bets as soon as Judge Friedrich issued her ruling.

“Clearly, however, the Seminoles thought they would be able to convince the D.C. Circuit to grant a stay. Once that strategy failed, they really had no choice but to shut the app down.”

When bettors in Florida will be able to legally wager again is unclear. Legal experts say cases in appellate court often take six months from filing to decision, though it’s possible the case could be expedited. The tribe and state could renegotiate the compact and allow for a more open, competitive marketplace that stays within the bounds of IGRA, but that would likely require the Seminoles to agree to have other commercial sportsbooks — think Barstool, BetMGM, Caesars, DraftKings, PointsBet, and others — operating in the state.

Our ballot initiative is your ticket for competitive legal sports betting in the state of Florida. Request your petition TODAY! #FLEdChamps

Another option would be send the decision to the voters. In 2018, Amendment 3, which requires that any expansion of gaming be sent to the voters, was passed. The 2021 compact did not go to the voters, but both the Sands Corp. and a coalition of commercial operators are currently collecting signatures to get on the 2022 ballot.

The commercial operators, led by DraftKings and FanDuel, are proposing an open marketplace that would allow the Seminoles to operate, just not as a monopoly. Proponents of both proposals must collect 891,589 signatures by Feb. 1, 2022, to get on the ballot, and if approved, sports betting could likely start in 2023. A ballot initiative requires 60% of voters for approval.