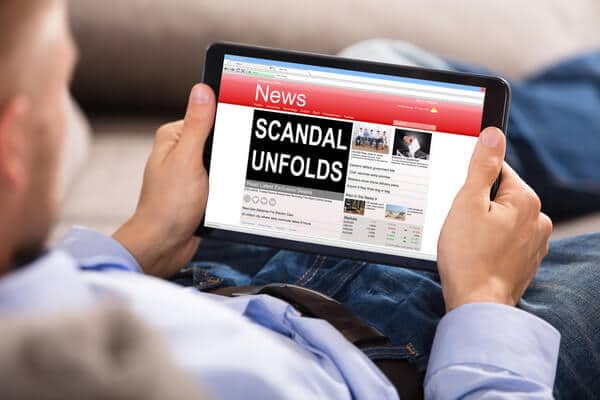 The “Gambling in Sports” panel at Seton Hall University’s Sports Business and Media Ethics symposium on Tuesday touched on a variety of topics.

But the two main takeaways, while already known, were sobering to hear laid out so sharply.

One is not only the dangers of betting scandals in college athletics, but the increased ease with which they can occur in the age of the internet.

Armen Keteyian, an investigative reporter and former 60 Minutes correspondent, ticked off Boston College, Tulane, North Carolina State, Arizona State, Bryant, and Columbia as being among those athletic programs that already have gone through such scandals. (There have been many more, including one involving Seton Hall way back in 1961 that Keteyian perhaps diplomatically did not mention.)

“To think that there’s not going to be another gambling scandal or point shaving scandal in college sports in the next two or three years – I [would] think you’ve got rocks in your head,” Keteyian said. “And the NCAA is completely overwhelmed at the moment.”

Insider info can come from anywhere

Keteyian pointed out the extensive access to athletes as the reason.

“Think about coaches and teammates, but think about roommates now who can be online – or even bus drivers who might be driving a team to a game, and so-and-so limps onto the bus and coach says, ‘So and so, you’re not going to go tonight,'” Keteyian said. “These are anonymous people with no ties to the school.”

Yet they could easily send a quick text to a big bettor, of course.

Charles Bennett, a sports business consultant and former FBI Special Agent, told Boland, “You’ve got a problem, based on my experience at the University of New Mexico. There are a million ways that a player, a coach, or a referee can be compromised. You have [athletes] basically living with their sponsors, who have total control over their minds.”

Bennett should know – he was part of the FBI investigation of that New Mexico program 40 years ago when a point-shaving scheme led to numerous indictments and decimated the school’s men’s basketball program.

Sports law attorney Daniel Wallach noted that the opportunities for such a scheme today are boundless.

“Social media is particularly ripe for exploitation,” Wallach said. “All these students and athletes communicate on Twitter and Instagram. Innocuous requests for information could provide inside information.”

I think the key is to educate the student body and the athletes about what’s permissible – educate them on dangers and risks. Forget about being paid for [information] – a student may not even realize they are being primed at the pump for some inside knowledge. Controlling the flow of information on a campus has to be a paramount consideration.”

“The NCAA has historically been nothing but reactive to gambling scandals,” Keteyian told Boland. “I would be proactive instead of reactive. If I was Penn State, I would take some of that money you make on a Saturday afternoon at Happy Valley, at Beaver Stadium, and put it into a robust and ambitious experienced staff of people whose only job is to protect the integrity of Penn State. That means getting to know the players, the coaches, and putting people on the streets.”

The other ticking time bomb that sometimes gets short shrift is compulsive gambling – which can tie back to point shaving.

“You have thousands of people on college campuses, and you combine that with the most vulnerable group for problem gambling being age 18 to 21,” Wallach said. “Plus you have unpaid athletes who may have too much time on their hands. There may be a temptation for college athletes to give out information [to gamblers].”

Keteyian wonders what’s next in the wake of the broadening of legal sports betting in states like New Jersey.

“I haven’t seen too much in this avalanche of [sports betting] ads I’ve been watching on TV about the social costs – divorce, domestic abuse, domestic violence, divorce, bankruptcy, failed marriages,” Keteyian said. “It’s not like this hasn’t happened before with gambling. But you take Pandora’s Box and grow [legal sports betting] like the size it’s going to grow – I mean, give it a year or two and see what happens in the state of New Jersey as far as the [societal] costs to the state. That will be a story that somebody’s doing.”

Indeed. A number of studies on the United Kingdom seem to suggest that the number of compulsive gamblers doesn’t necessarily rise with increased opportunities to legally gamble. But there’s no way to be sure that U.S. states with newfound legal gambling will experience that same result.

NBA Commissioner Adam Silver, who was a 1-on-1 guest at Seton Hall before the sports betting panel, was asked about the issue of daily fantasy sports players – and now legal sports bettors in New Jersey and other states – setting an NBA lineup at 7 p.m., for example, only perhaps to find out five minutes later that their star player is inactive. The NFL lists which player will dress and which will not more than an hour before the game.

“It’s a good question,” Silver said. “We’re still trying to find the right balance between the interests of the teams and coach – and, frankly, the betting public.

“On the one hand, coaches may be making decisions right before the opening tip, and you don’t want to interfere with the ability to be the best possible coach. Maybe a player warms up and says, ‘I feel like I can go, coach.’ Or coaches respond to a trainer having one more chance to look at a player and saying, ‘OK, he can go tonight.'”

“But your point is right. I said ‘the betting public,’ but it also goes to integrity as well. What we have to safeguard against is ensuring that there isn’t insider information. We are looking at what other leagues are doing. There are certain practices that the NFL has been doing for years. Maybe for us, some of those practices we will adopt next season.”

Two-time Pro Bowl offensive tackle Russell Okung of the Los Angeles Chargers, who also was on the panel, questioned the NFL’s policy on gambling.

“Looking back at every single team meeting, from the beginning of training camp, there’s a huge gambling policy process,” Okung said. “They tell us what’s going on, how we should act when it comes to sports betting overall. But it’s contradictory. It’s a high double standard.

Wallach said he was downgrading his previous prediction of 25 states having legal sports betting for the 2020 Super Bowl to “in the neighborhood of 15 or 16 states.” An informal poll of my colleagues shows we would “bang the under” if such a wager turned up in a legal sportsbook.

A Look At Why, For NBA Commissioner Adam Silver, “Integrity” Is Paramount