When it comes to opinions on legal sports betting, a new poll indicates there's a gender gap, an age gap, and a lot of ignorance. 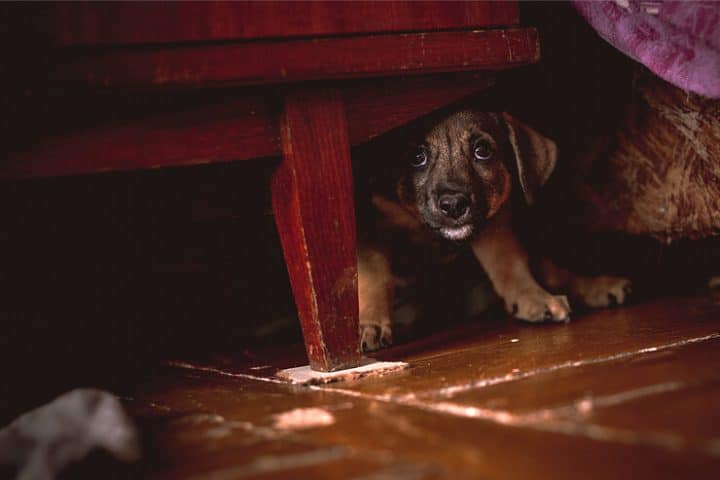 Wives of television sitcom characters who worry about their bumbling husbands blowing the rent money on gambling have been a classic stereotype for more than 60 years.

Times have changed, and now women are now much more likely to be sports fans themselves.

So does that translate into an equalizing of attitudes toward sports betting, now that a U.S. Supreme Court ruling in May paved the way for any state to offer it?

Not according to a Seton Hall Sports Poll of respondents across the U.S. that was released on Friday.

And there isn’t just a gender gap when it comes to acceptance of sports betting — there is an age gap as well.

Men are from Mars …

First the gender gap: The poll of 741 adults (a sample size resulting in an estimated +/- 3.7% margin of error) asked men and women if they approved of the Supreme Court’s ruling that struck down a 1992 federal law limiting sports betting, and while 52% of men approved of the ruling, only 28% of women did.

A significant gender split also was found on whether college sports should be included along with pro sports in legal betting offerings. Whereas 51% of men wanted both options, only 35% of women agreed.

(This is a particularly relevant question in New Jersey, where betting on games involving New Jersey universities or on college events held within the state is not allowed.)

Another question — one whose results lawmakers should digest — was on whether legalizing sports betting will create added compulsive gambling problems. Among those over age 60, 30% said it will. As respondents skewed younger and younger, the number diminished. In the 45-59 age group, 28% expressed that concern, and of those age 30-44, there was 21% agreement.

The drop-off got a lot less gradual with millennials aged 18-29, though; only 5% in that age group worried about problem gambling rising.

In terms of age-based trends, another telling one is that 88% of millennials said they would be more likely to watch a game if they had a bet on it. Overall, independent of age, that figure falls to 70%.

“Watching is the first step towards creating a paying fan,” Rick Gentile, the director of the poll, said in a statement. “In the 1980s, the leagues became aware that fantasy sports were heightening interest, and eventually, they embraced it. Now they appear to be ‘all in’ with something once impossible to imagine.”

The prevalence of ignorance

As happened with a previous Seton Hall poll on the topic six months ago, respondents expressed a sentiment that revealed a lack of big-picture understanding, with 61% of them saying that legal betting on sports leads to cheating or fixing of games. It can be assumed that most of them were unaware that $150 billion or more is bet on sports annually in the U.S., and until now more than 90% of it was wagered illegally.

Here’s an eye-opener that sheds a lot of light on other poll results: Asked if sports betting was legal in their state, 15% said yes, 33% said no, and 52% responded “don’t know.”

Asked if having the option of betting on their phone would make them more likely to bet than if they have to go to a casino or racetrack, only 40% answered in the affirmative. As you might guess, however, 64% of millennials said the smartphone option would increase the likelihood of their wagering.

As far as whether those polled would be more likely to make a sports bet if it was legal for them to do so, two-thirds said it would not. Still, the 32% who said “yes” stands out compared to the mere 3% who have said they have risked money on a daily fantasy sports site like FanDuel or DraftKings.

Ever wonder which is more popular in the office: March Madness college basketball pools or those Super Bowl box sheets? According to this poll, 39% have risked money on the latter, while only 17% have tried the former.

Almost two-thirds of respondents prefer the current setup of state regulation, as opposed to the NFL’s long-standing goal of federal oversight.

Finally, it’s helpful to learn just how few of those polled identify as sports fans. Only 20% said they “follow sports closely,” 39% went with “somewhat closely,” 16% said “not closely,” and 26% admitted “not at all.”

In a 1973 episode of the groundbreaking television comedy All in the Family, lead character Archie Bunker puts down $2 on a 40-to-1 shot on the advice of a pal — and the horse wins the race.

Bunker is thrilled, but his wife Edith is devastated because he had promised 20 years earlier never to gamble again. She describes his gambling as “a sickness” while recalling that he once lost the family car to a fellow gambler.

Whatever one thinks about the topic of compulsive gambling, it’s interesting to see in the script of that episode how the writers approached it lo those many years ago.

And those who’ve seen it can’t forget Edith’s anger when she tells Archie that the phone message she took for him (long before answering machines) was “Glow Worm in the 5th!”

Times have changed in the 45 years since that episode aired, but when it comes to the acceptance of sports betting, it seems the general public isn’t as far along as we in the industry might have believed.