The Seven Most Divisive Sports Betting Personalities In America

From Portnoy to Paige to Vegas Dave, these polarizing people sure keep things interesting 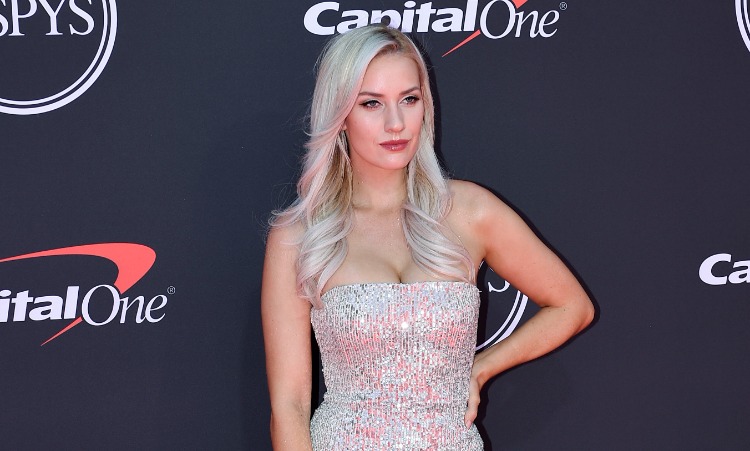 Politically, culturally, you name it — we’re divided here in America.

So let’s buck that trend, shall we? Let’s unite. Let’s all agree that the following sports betting personalities are … the seven most divisive out there.

OK, fine, maybe we’re not exactly bucking the trend here as much as leaning into it, but whaddya want? A list of the seven most unifying sports betting figures would be: A) boring and B) pretty much begin and end with Cooper Manning’s role in the Caesars commercials. I mean, we all agree he’s a national treasure, right?

So without further ado, here’s the inaugural Hard Seven: The Most Divisive Sports Betting Personalities in America.

Dave Oancea was dubbed by Forbes as the “most polarizing figure in sports gambling.”

So why is he bringing up the rear on our list? Well, it’s hard to be the “most polarizing” when the see-saw of polarization is so heavily tipped to one side. The dude is not exactly liked in the industry. He’s the toutiest of touts, is nearing the end of his three-year banishment from Vegas sportsbooks, and has a Twitter account “dedicated” to him. In short: No list of “most divisive sports betting personalities” would be complete without Vegas Dave, but ranking him any higher would probably please him. So the bottom of the list it is.

According to lore, Kelly Stewart’s rise to sports betting royalty happened because she won a bikini contest in Kansas; pocketed $1,000; and then used that money to take a trip to Sin City with her sister, whose name is – wait for it – Nevada. She eventually got a job as a cocktail waitress at the Bellagio, hit a +840 parlay on a $100 bet, posted it to Twitter, and, some 10 years later, ended up getting hired by ESPN to be a sports betting analyst.

And then she was promptly fired after anti-gay tweets of hers from 2012 resurfaced. She apologized for her youthful indiscretions, and many wound up thinking ESPN acted way too harshly.

Regardless, she was then promptly hired at Barstool Sports by some guy named Dave Portnoy (he might come up a bit later on this list).

Dave Portnoy @stoolpresidente continues to build his wagering media super team at the expense of "woke" sports networks, and continues to be one of the smartest businessmen in America.

The Michigan-based gambler tells it like it is – or at least how he sees it.

Without gambling, bowl season would be an absolute dumpster. I couldn’t imagine watching these games “for fun”, or as a neutral. The quality of play is ATROCIOUS.

And to say Knish leans into his role would be underselling things a bit. His Twitter bio pretty much sums it all up: “Gambling Twitter Degen. Grinding that rent money. As seen on @NBAonTNT. Once called ‘basically a card counter’ by Dave Portnoy. DM for betting partnership.”

Oh right. The Portnoy-Knish feud. That was a hot one.

You know, thinking about it more, Knish is the Scott Hall of the gambling world — the ultimate bad guy hype man. NWO for life, brutha.

The Action Network analyst (full disclosure: We’re all owned by the same company) and former ESPNer is no stranger to controversy, if you’ll pardon the cliche. He’s been called a “dipshit” by UFC honcho Dana White, got duped by a teenager while working for CNBC, and briefly caused Tom Brady to quit Twitter.

This is what happens when you don’t start a game until 9:20pm ET #oneshiningmoment pic.twitter.com/4uml9S3SjG

Oh, and he once got all pissy because a TV reporter broke the news of a new sandwich being offered by the Washington Nationals that Rovell claimed he had an exclusive on. Yes, an exclusive on … a sandwich.

Rovell gets as much ink as he spills, causing his “divisiveness rating” to probably be somewhat artificially inflated by other sports gambling industry hacks who would consider selling body parts if they could have even 1% of his 2 million Twitter followers.

Of course, he also basically gave every gambler the middle finger when he infamously said, “People who are doing this for profit are not the players we want.”

And while Robins gives off a little bit of a nebbishy vibe, the man is a stone-cold killer. Need proof? With DraftKings stock in a mild-to-severe free fall, he took to Twitter and basically wished harm on anyone guilty of jumping ship.

If you sold #DKNG today, just be aware that my team and I are on a mission to make you regret that decision more than any other decision you’ve ever made in your life

All of a sudden, there’s a little bit of a Hyman Roth vibe (in a good way) to Robins.

Was the following tweet by Laura Wagner of Defector directed directly at Spiranac? Impossible to say, but the PointsBet analyst certainly fits the mold here.

And here’s the deal: Spiranac, a former collegiate golfer, is objectively … hot. Let’s not even pretend. She looks like freakin’ Barbie come to life. She also gives out betting tips. She is a “brand ambassador.”

What a day! The beginning of March Madness and a new podcast episode is out! @AmandaGolf59 and I talk The Players, NFL QBs, Naomi Osaka drama, our brackets and so much more! Click the link to listen-https://t.co/GwbXVCVR5q pic.twitter.com/VOXQQPbpux

She also has long had enough of people slut-shaming her for her looks.

So funny how men can show off their bodies to receive praise for the work they put in but if a women does, she is slut shamed, said is seeking attention, and has not self respect and self esteem issues. So over this double standard.

These days, not only does lean into her hotness, she jokes about it.

I can’t believe Higgs would over sexualize himself for attention. I would NEVER pic.twitter.com/WwOzdQu2cq

Trying to break down Spiranac’s role in the betting industry is fraught with danger. Are there other women who have more sports betting knowledge than Spiranac? Undoubtedly. Would PointsBet – and PointsBet’s customers – be better served by them? Probably. Would they get the eyeballs she gets? No chance.

One thing is for certain, however: She is bound to be a thesis subject for a future sociology MFA paper – if she hasn’t already.

As if there was going to be someone else at the top (bottom?) of this list. If you like Portnoy, you love him. If you dislike Portnoy, you hate him. There is not one person in this world who is lukewarm about the guy.

And talk about leaning into it. Check out this tweet, from earlier this week, from the mouthpiece of Barstool Sportsbook:

Today is my birthday. I’m not a big birthday guy. Everybody gets born. It’s nothing to be proud of. So instead of birthday wishes I’d ask you to sent 1 negative tweet to any of my enemies. Do not threaten them. Just remind them that they stink. Thank you.

Portnoy is practically the inventor of “bro culture,” has been accused in a pair of Business Insider pieces of being – at best – a sexual predator (he’s suing the company for defamation), and threatened to fire his Barstool Sports employees if they unionized.

He also created the Barstool Fund, which has raised over $41 million to help save 443 businesses that were about to go belly-up due to COVID, and has a keen taste for outstanding pizza.

He’s loved, he’s loathed, and it certainly seems he wouldn’t have it any other way.