Kane's estranged wife has alleged he bet on hockey, including games he was involved in as a player San Jose Sharks forward Evander Kane came out on Sunday and firmly denied allegations by his estranged wife he placed bets on NHL games, including ones involving the team he was playing for.

Anna Kane made the allegations, arguably the most serious a person could level against an active player in any sport, on her Instagram feed Saturday evening. She tagged the National Hockey League in one post, saying, “Can someone ask [NHL Commissioner] Gary Bettman how they can let a player gamble on his own games? Bet and win with bookies on his own games?” 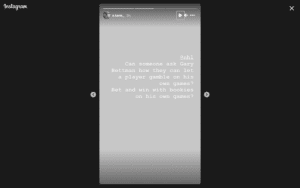 The league released its own statement Saturday night shortly after Anna Kane’s allegations began gaining traction on social media, saying it would conduct a full investigation.

“The integrity of our game is paramount and the League takes these allegations very seriously,” the statement read in part.

Kane’s team also put forth a statement Saturday that read:

“The Sharks have been in contact today with the [NHL] about the serious allegations made against Evander Kane. We support a full and transparent investigation into the situation to maintain the integrity of the game and consistency with our team values.”

Anna Kane did not offer a specific time frame for when the Sharks forward allegedly placed the wagers, and her claims came amid a series of heavy accusations on social media that Evander was neglecting her and their infant child in addition to the family’s house being foreclosed on while he was in Europe. 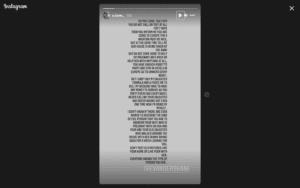 Kane, who turned 30 on Monday, is coming off arguably the best season of his 12-year NHL career, with 22 goals and a career high-tying 27 assists, leading San Jose in both offensive categories. He also did not have a pointless streak of more than three games at any point during the truncated 56-game season.

The Sharks, though, finished sixth in the reconfigured West Division and failed to make the playoffs for the second consecutive season.

He is a six-time 20-goal scorer who has tallied at least 22 goals in each of his three full seasons with San Jose after being acquired before the trade deadline in the 2017-18 season and has missed just 13 of a possible 208 games across the last three seasons.

The fourth overall pick in the 2009 draft, Kane is entering the fourth season of a seven-year, $49 million contract extension signed in May 2018. He has totaled 264 goals and 506 points in 769 regular-season games and has six goals and seven assists in 29 playoff contests spanning two postseasons with the Sharks.

NHL’s past and present with sports betting

There has never been a direct hockey-related betting scandal in NHL history. In 2006, though, then-Arizona Coyotes assistant coach Rick Tocchet and Janet Gretzky — the wife of all-time great Wayne Gretzky — were connected to “Operation Slap Shot,” in which New Jersey authorities investigated wagers being placed by NHL players and Gretzky’s wife on sports other than hockey.

Tocchet, who was accused in a criminal complaint in February 2006 of financing the gambling ring, pled guilty to conspiracy and promoting gambling in May 2007 and was sentenced to two years probation. He was reinstated by the league in 2008 exactly two years after taking a leave of absence, and in May 2021 left the Coyotes after guiding them to one playoff appearance in four seasons as coach.

The allegations against Kane come at a time when the NHL, like other professional sports leagues, is leaning into legalized sports betting. The league has four official betting partners — FanDuel, Caesars, MGM Resorts, which runs BetMGM, and most recently PointsBet.

The NHL can be considered an early adopter of post-PASPA attitudes considering it was the first of the four major sports to have a franchise in Las Vegas when the Golden Knights began play in 2017. The Golden Knights were also the first NHL team to partner with a sportsbook, signing an agreement with William Hill in September 2018.

The Golden Knights, though, received intense backlash for their partnership with Mexican-based tout service UPick Trade earlier this year and terminated the agreement just four days after announcing it. On the whole, though, the young franchise has raised the betting profile of hockey in Nevada, aided by a run to the Stanley Cup Finals in its first season and reaching the final four in three of its first four seasons.

The Nevada Gaming Control Board has reported hockey handle totaling more than $411 million since breaking out that category in its monthly revenue reports starting in January 2020. That includes more than $263 million wagered in the first six months of this year.