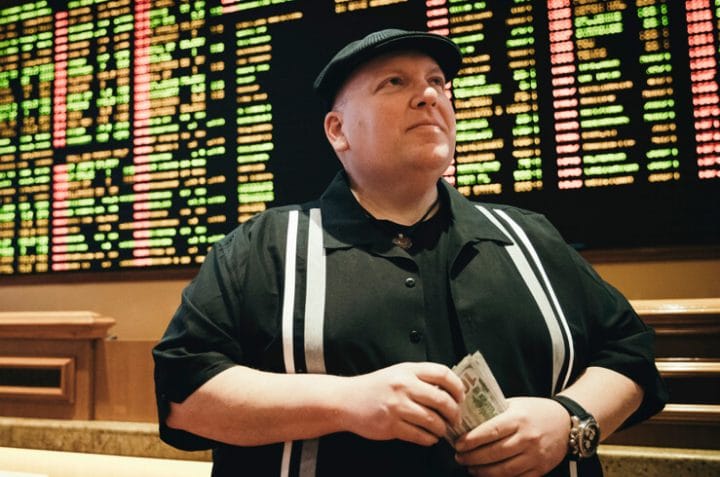 During the third episode of Showtime’s four-part sports betting documentary series Action, VSiN’s Gill Alexander tells the camera, “Gamblers are not rational. Gamblers are f—in’ crazy in the head.”

Depending on a viewer’s perspective, those two sentences can either sum up what they love or what they hate about gambling.

As Action director Luke Korem has said, the show was never meant to be a love letter to sports betting. It was designed to take an honest look at the phenomenon, exploring the industry from multiple angles, showing its beauty and its warts.

With the understanding that Showtime is a pay-cable network and thus can’t possibly reach the same audience as a free broadcast network (or even some basic-cable channels) — especially when the season finale on Sunday night fell into the TV black hole of running a few hours after Tiger Woods won the Masters and immediately before the season premiere of Game of Thrones — it’s worth exploring the docu-series’ potential impact, now that it’s over. Were the lights, the cameras, and the Action good for the sports betting business?

Tout in the open

Within moments of the first 30-second teaser for Action hitting the internet, the backlash from the sports betting community began, and the reason could be summed up in two words: Vegas Dave.

Dave Oancea, perhaps the most reviled practitioner of one of sports betting’s most detested sub-industries — selling your picks in conjunction with selling yourself as a gambling wizard — was front and center in the trailer. And it seemed from the brief clips as if Action was going to glorify the “tout” and help him sell himself. He’s heard uttering three sentences:

Based on that tiny glimpse, the hardcore gambling corner of the internet was somewhere between skeptical and apoplectic about this forthcoming series.

But if you stuck around past those 30 seconds and watched for four hours, you got to see the tables turn on “Vegas Dave.” In the premiere episode, he barks about his own greatness, but the producers balance it with others in the industry questioning his claims. The next episode, Oancea opens up about going broke countless times, borrowing hundreds of thousands of dollars from his parents before figuring out how to make money, and being a bad son for much of his life. In Episode 3, his guaranteed-to-win “whale play” (priced at a mere $500) fails. In Episode 4, his picks lose again, on the NFC and AFC championship games and then the Super Bowl.

His championship game teaser did fall victim to a bad beat. Viewers might have been primed to feel some sympathy for Vegas Dave. But then, the guy who always has something to say to his followers — paying or prospective clients —  when he wins chose not address them after a brutal loss. His mind was on going out to eat, right after his picks took food off his customers’ tables.

‘Do you think you’re taking advantage of people?’

Director Korem asked Oancea point blank in the third episode, “Do you think you’re taking advantage of people?” It’s the kind of question you might not have seen coming based only on the trailer.

I asked Korem about Action exposing Vegas Dave as something less than he purports to be, and he responded, “We didn’t try to quote-unquote ‘expose’ anyone. I think just the camera doesn’t lie.”

To his credit, Oancea continued to promote the show even as it made him look fallible. He’s clearly a believer in the notion that there’s no such thing as bad publicity.

On the fourth episode, Oancea’s biographer, Edward Follis, compared him to Donald Trump. The show made clear that Oancea’s business is built on conning the easily conned, and Vegas Dave seems to have decided that the truth being out there won’t hurt that business. He leaned right into his biographer’s polarizing comparison, in fact:

Vegas Dave has managed to do something I never thought possible — unite Gambling Twitter.

Action’s treatment of Vegas Dave is emblematic of its treatment of sports betting overall: We’ll show you all sides, you can decide how you feel about it.

It takes all kinds

Oancea was just one of several people featured prominently on the show. The other main characters included a pro sports bettor, Bill “Krack” Krackomberger; an amateur, Todd Wishnev; and a handicapper/proxy/TV personality, Kelly “Kelly In Vegas” Stewart.

None of them generated as much reaction as Oancea, but each had an interesting story to tell — particularly Wishnev, who was an accidental discovery of the Action crew on a day of filming at the South Point but was such an open book that he became the emotional center of the show.

Then there were the secondary characters who got their own mini arcs: rich whale David Halpern, DFS pro Martin Crowley, and an anonymous (for obvious reason) illegal bookie.

Whether it was the intent of the show or not, Action watchers should come away with a new understanding of the diversity of the sports betting community. Action shows that in sports betting there are fat guys and skinny guys, old guys and young guys, bet-spewing “degens” and hard-working math whizzes, people who sweat every play and people who get manicures during the games. And, importantly, it shows that while sports betting tends to be mostly a male-driven phenomenon, there are women in the game as well.

This will not do for the image of sports bettors what ESPN’s early coverage of the World Series of Poker did for the image of poker players, because Action is not that level of TV phenomenon. But on a smaller scale, it can open eyes in the same way. In 2003, the casual viewer assumed all poker players look like Doyle Brunson or T.J. Cloutier, only to learn that they can also look like Daniel Negreanu, Phil Ivey, or Annie Duke. Action should leave those who watched with a similar awakening.

The more you know …

At the very least, Action will help a bit with educating the public. The producers made a point of explaining the basics of parlays and teasers, of the vig, of PASPA and regulation, of online and in-game betting, of bookies and the underground market.

There were also subplots focusing on the challenges of being a mass-multi-entry daily fantasy tournament player and the challenges of trying to make a casino at the north end of the Atlantic City Boardwalk a success.

Action shows us how sports betting affects the bettors and their loves ones, and how even a football game as ugly as this year’s Patriots-Rams Super Bowl can seem entertaining if you watch it through the eyes of people with skin in the game.

Kudos to @SHOsports on "Action". Well produced & a very compelling look into the world of sports betting.

The reaction of those who stuck with the show was mostly positive. You can credit that to Korem and everyone else who crafted Action. Or you can credit it to an industry that is loaded with fascinating characters and can’t help but provide drama.

Both are probably worth acknowledging. Sports betting is beginning to have its moment, and Action was there to educate and entertain without passing judgment one way or the other.

The ‘Sho’ Goes On For Friday Night Boxing Card, Giving Sports Bettors Something To Consider