Independent analysts are more bullish than they were last year about the future of U.S. sports betting, adding billions to their projections. 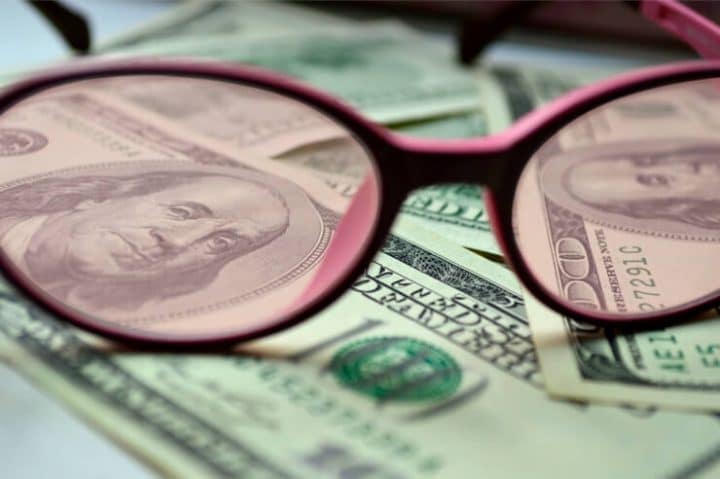 Don’t expect to see any such story this April.

The revenue and handle numbers on both a national and state-by-state basis over the past year have duplicated the trajectory of Giannis Antetokounmpo rising for a dunk.

Independent analysts are more bullish than they were a year ago about the future of U.S. sports betting as they’ve seen how many states are legalizing it — with a popular online/mobile component, in particular — and how public participation builds gradually from awareness that it’s both authorized and socially acceptable.

While the long-term future for U.S. sports betting is still hard to project, the Morgan Stanley financial firm recently updated more optimistically its forecast for 2025. It estimates U.S. betting revenue will total nearly $7 billion by then instead of the $5 billion it had envisioned for 2025 a year ago.

Similarly, Gambling Compliance, an independent research firm, this week projected the U.S. betting market will range between $5.9 billion and $8.2 billion in 2024. Soon after the Supreme Court decision that changed everything in May 2018, the firm’s forecast had been for between $3.1 billion and $5.2 billion in 2023.

In addition to accounting for the growth from an extra year of experience and legalization between 2023 and 2024, Gambling Compliance Managing Director James Kilsby explained, “We’ve upped our forecasts since then … primarily because more states have adopted legislation quicker than we anticipated, and most crucially, states are including mobile in their legislation right off the bat.”

A few states with new laws are restricting or postponing mobile betting in addition to a couple still blocking it altogether, but the majority have seemed swayed by the experience of New Jersey and Pennsylvania. Both are viewed as successful sports betting markets — surprisingly so in Pennsylvania’s case, considering a steep 36% tax rate — due to heavy mobile wagering that supplies more than 80% of their action.

“It’s clear the market for online and mobile wagering in the U.S. is going to be a robust one,” which was murkier at the time of PASPA repeal, considering the “glacial” pace at which states have taken advantage of their right to legalize online casino games, Kilsby said. Only two of 11 jurisdictions enacting legislation in 2019 failed to include a mobile component, he noted.

“Now, reasonably conservative Midwestern states [such as Indiana and Iowa] with no prior legacy of discussing iGaming are going straight into mobile wagering,” he observed.

The nation as a whole won’t necessarily end up with an 80% mobile balance, due to restrictive approaches used in some states including Nevada, but Kilsby said it’s reasonable to expect 65% in that format by 2024.

Complete numbers for 2019 from 13 states that allowed sports betting (New Hampshire became the 14th at year’s end) have yet to be reported. Based on where the numbers stood in November, however, the year probably provided at least $900 mm in gross revenue — more or less the hold from losing bets — on wagering volume that exceeded $12 billion.

The revenue is paltry in terms of the overall gambling industry — the American Gaming Association reported commercial casino revenue totaled $41.7 billion in 2018 — but sports wagers also represent a rare growth area. The AGA said such bets in 2018 generated $430 mm, or less than half of last year’s revenue.

The vast preponderance of betting last year was in Nevada and New Jersey, with Pennsylvania coming on strong at the end, but now with at least seven more jurisdictions preparing to launch the wagering will be more widely spread across the country.

By allowing for a few years of stabilization in the new markets and predicting the number of legalized states to reach more than 30 by 2024 or 2025, the analysts have no trouble seeing revenue multiply by six or seven times in just a few years.

In Morgan Stanley’s November report, it said 2019 revenue had exceeded its forecasts by 10% even though it had thought there might be six more states with operating sportsbooks than turned out to be the case.

It credited that revenue surprise to how online popularity has taken off and to the U.S. sports bettor’s lesser interest in horse racing compared to peers in countries such as England and Australia. That difference means per capita spending on sports betting here is comparatively higher.

“While the pace of legalization has actually been slightly slower than we expected, market revenue has been higher, driven by strong per capita spending, especially in Pennsylvania and New Jersey,” said the firm’s 2025 U.S. Sports Betting Market Forecast.

Morgan Stanley is expecting 36 states to legalize by 2025, with online revenue amounting to $5.4 billion and retail — called “onground” in the report — nearly $1.5 billion.

If all states were to legalize instead of just 36, it estimated 2025 revenue of $15 billion.

Uncertainty over potential sports betting revenue has been rampant since PASPA repeal, due largely to lack of any definitive information on the size of the black market that so many advocates say can be addressed.

The American Gaming Association has long used a very rough estimate of $150 billion being wagered illegally from within the U.S. with bookies or unregulated offshore sportsbooks. The question is not only how many of those bettors will shift to newly legal opportunities but how many people wary of betting in the black market would take up the practice if it’s sanctioned in their state.

“It’s safe to assume the black market is being cut into by the legal market — not all of the people betting today were just sitting around waiting for the legal market to open — but to what extent it’s being cut is hard to say,” said Dave Forman, senior director of research for the AGA.

The association commissioned a 2017 report from Oxford Economics, which has been often cited since then, to try to get a handle on the potential sports betting numbers. It provided wide-ranging estimates that included a middle ground of $169.4 billion in annual handle generating $11.2 billion in revenue in a stabilized year.

There are a number of problems using Oxford’s estimates, however. For one, its national forecasts are all based on legalization and availability in every state, while analysts expect only about two-thirds of states to be legal in the foreseeable future.

It also used three potential scenarios for access to sports betting within states that all differ from what has become the most common U.S. approach, which is to allow it via casinos/racetracks and computers/phones, but not spread ubiquitously by European-style retail vendors.

So it’s difficult — or dangerous — to use Oxford’s numbers as the basis for predicting what will happen nationally or state by state, and perhaps no one should.

Forman believes it’s too early, anyway, to get an accurate assessment of the U.S. market. Too many states are too young in the process, and too many people remain unfamiliar with the opportunity.

Even in jurisdictions that have been operating for a year or more, such as New Jersey, “many people aren’t even aware that sports betting is legal,” Forman suggested.

That continued build of awareness is presumably one reason New Jersey keeps setting monthly betting records even though it is one of the few states with similar accessibility to a year ago.

“It’s going to take a bit of time for the public to realize it’s legal and sort out who the legal providers are from the illegal,” Forman said. “It also takes a little bit of time for operators to roll out their product and for people to get comfortable with their product.”

New Jersey’s a nice poster child, but with caveat

Analysts attempting to make predictions based on what’s happened thus far do acknowledge caveats in their guesswork.

One is that in using New Jersey as a poster child for rosy projections on what can happen elsewhere, no one’s certain how much of its nearly $5 billion in 2019 handle was due to New Yorkers crossing into the state to use their apps. (There is no mobile betting yet allowed in New York.)

New Jersey’s per capita betting revenue of $36 per adult (which includes adults who don’t gamble) was cited by Morgan Stanley as a positive figure that helped promote newfound optimism, calling it “the best comparable for market potential” of the nation as a whole. At the same time, it acknowledged the possible inflation of the number from New Yorkers’ participation.

Also, revenue figures have been bolstered by a higher hold percentage among non-Nevada sportsbooks than the 5-6% that has traditionally been common there. Those hold percentages could shrink once payouts on futures bets such as the Super Bowl winner are accounted for, or as new bettors become more experienced and savvy.

And to the detriment of operators more so than overall revenue, tax rates could go up. Morgan Stanley’s report said the current “blended tax rate” of 15.1% across the different jurisdictions could eventually look more like 17.5%, as new states see no evidence that Pennsylvania is being harmed by its 36% rate.

Gambling Compliance’s Kilsby said it wouldn’t even be unusual, based on experience in European countries, to see states with existing sportsbooks enact new legislation to adjust tax rates.

“There has been a trend of governments increasing the taxes three or four or five years down the road,” he said. “More often than not, when tax rates change, they go up.”

Questions surround not just those tax rates but whether newly legalized states are populous, like a California or Ohio, or small ones that have little overall effect on revenue. Gambling Compliance expects five to 10 newly legal states this year but has little confidence in predicting which ones, Kilsby said.

Whoever they are, they are likely to be more aware of revenue potential than was Rhode Island, which was the focus of that Associated Press story a year ago for having vastly overestimated how much and how quickly its budget would benefit from sports betting. Its revenue estimates were further undercut by success of its many residents who bet on the New England Patriots to win the Super Bowl.

There are lessons to be learned from all that for other states, but little to be gloomy about, based on what’s happened since.

“2019 was really a quite encouraging year for the sports betting industry,” Kilsby concluded.