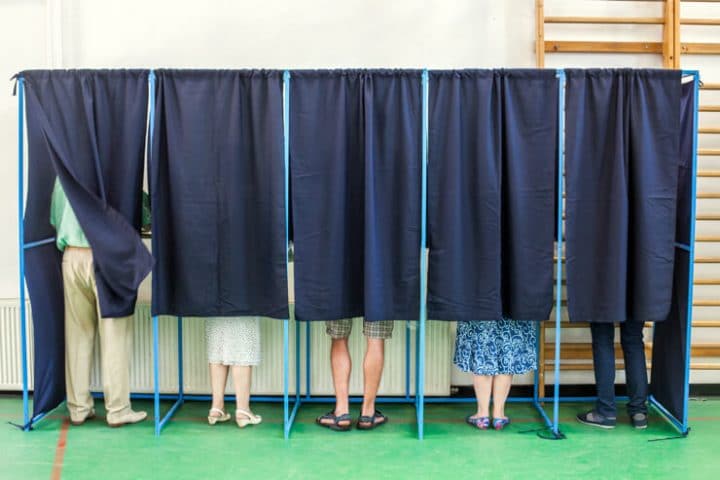 Sports betting is happening across America, and many states are looking to bring the activity out of the shadows and into a regulated environment. On Tuesday, voters in two states will weigh in on ballot questions that could define sports betting in their respective jurisdictions.

While the ballot questions aren’t explicitly about sports wagering, they do connect to the hottest form of gambling in America. In Florida, a proposed constitutional amendment could make it extremely difficult for the state to have commercial sportsbooks. And in Arkansas, voters are tasked with deciding if Las Vegas-style casinos can be built. If approved, they would be able to offer sports betting.

The stakes are highest in the Sunshine State, home to 11 professional sports teams and numerous high-profile college teams. Arkansas doesn’t have a pro team, nor an existing casino market.

Propaganda from the Walt Disney Company isn’t only targeted at kids. The media conglomerate has long opposed gambling expansion in the state under the dubious claim that it would hurt the state’s family-friendly vibe. In reality, it’s about the fight for entertainment dollars.

Disney has pumped more than $20 million into trying to convince Florida adults that they need to have the exclusive power to approve gambling. The proposed Amendment No. 3 on Tuesday’s ballot would make it so that any new form of gambling, as well as any additional casinos, would need 60% support among state voters.

Thanks to Disney’s virtually bottomless war chest for political advertising, it could prove nearly impossible for the Sunshine State to authorize sports betting if it was on a future ballot as a stand-alone issue. The U.S. Supreme Court ruled in May to give states the opportunity to squash a nationwide black market that takes nearly $150 billion in wagers annually.

According to a 2017 study by Oxford Economics, a full-fledged Sunshine State sports betting industry would be the fourth largest of its kind in the country, trailing only California, Texas, and New York. Assuming the adoption of mobile betting and a tax rate of 10%, the study found that Floridians and tourists will wager $17.4 billion annually on sports, generating taxable revenue of more than $1.1 billion.

Disney has long been threatened by Las Vegas-style commercial casinos coming to South Florida, so statewide sports betting, available over mobile devices, has struck fear into the heart of Mickey Mouse.

“It’s game over for the Legislature if that amendment gets on the ballot and passes,” State Senator Bill Galvano, a Republican, told the News Service of Florida in January. “And at that point, we’ll just be spectators in the world of gaming, which will essentially be a monopoly for the Seminole Tribe.”

The Seminoles, owners of eight casinos in the state under its gaming compact, have spent more than $24 million in an attempt to convince voters to sign off on Florida Amendment 3. If the amendment passes, they could end up with the exclusive right in the state for sports betting.

State media outlets are split on the proposed constitutional amendment, according to Ballotpedia.

According to Politico, MGM Resorts International and Florida’s NFL franchises have raised nearly $16 million to try to sway voters to reject the ballot question on Tuesday. DraftKings and FanDuel, two online bookmakers in New Jersey, have also contributed to the opposition.

According to an early summer poll, the majority of Florida voters were in favor of the amendment. It could go either way on Tuesday.

The state of Arkansas doesn’t have any commercial casinos, but on the ballot is an initiative that would allow casinos in Crittenden, Garland, Pope, and Jefferson Counties. The state currently has two racetracks. The casinos would be allowed to offer sports betting, according to the text of the ballot question.

Recent polling suggests it’s almost a dead heat for Issue No. 4. A statewide survey from Talk Business & Politics-Hendrix College Poll indicated that 49% of Arkansas voters approve casinos, with 43% in opposition. The casino efforts are supported by both commercial and tribal groups.

Driving Arkansas Forward, the special interest group pushing the casino initiative, raised more than $7 million for its ad campaign, according to the Arkansas Times. Opposition to Issue No. 4 appearing on the ballot was fierce. The Arkansas Supreme Court ruled in October that the question didn’t mislead voters and thus could remain on the ballot.

If approved, casinos would pay a 13% percent tax on gross gaming revenue on their first $150 million, and 20% on revenues on top of that. The stakes are high for the state, according to Driving Arkansas Forward.

“Arkansas is surrounded by states that offer casino gaming,” the group said in an August interview. “Casinos are located on our western, southern, and eastern borders. At least 30% of Arkansans surveyed say they regularly engage in casino gaming outside of Arkansas. This amendment keeps those dollars in state and yields $120 million in tax revenue annually.”

Gambling on the ballot elsewhere

Sunshine State voters will also be tasked with deciding if greyhound racing, and thus betting on it, should be banned for ethical reasons. Florida is one of just a handful of states where it’s legal to gamble on dog races.

If voters approve Amendment No. 13 to the state constitution, dog-race wagering will be phased out over the next two years. Anyone violating the law would be subjected to criminal penalties.

Other gaming activities — such as poker and slots — offered by Florida wagering facilities won’t be impacted if Amendment No. 13 is approved. The amendment is viewed as a compromise in that regard, according to the Miami Herald.

The ban on greyhound racing has widespread support among the state’s newspapers and media outlets. As the Herald put it: “Dog-racing has become a loss leader, a sideshow to slots and card rooms. Amendment 13 allows them a graceful exit from this anachronistic form of entertainment.”

Idaho voters will be looking at Proposition 1 on Tuesday’s ballot. A vote of “yes” would allow video gambling on historical horse races. These races have been dubbed “instant racing.”

Under the proposed change, this type of betting would be allowed only at facilities that hold live horse races at least eight days per year. The betting on historical races would be under a pari-mutuel system.

The situation surrounding Proposition 1 is interesting considering that Idaho legalized instant racing in 2013, only to repeal the law in 2015.

The purpose of bringing it up again is simple. According to the Proposition: “Enabling historical horse racing terminals (‘HHR’) will save the horse racing industry and bring back hundreds of local, good-paying jobs and create hundreds of new ones.”

An approval is expected to generate $50 million in economic activity.

State voters approved two constitutional amendments related to casino gaming over the past 10 years, and now voters are weighing in on where that tax revenue should go. If Question 1 passes, it would eventually require that all casino tax revenue (as much as $500 million annually) be earmarked for public education. The casino money would go into an “education lockbox.”

Question 1 is opposed by the Washington Post, which argued as recently as last week that the state should have more flexibility with what to do with that revenue. Question 1 is supported by Gov. Larry Hogan, a Republican. The battle is over the interpretation of what voters were told (in terms of where the tax revenue would go) when they first approved casino gambling in the Old Line State.

Maryland is home to one of the nation’s hottest casino markets, with gaming revenue in the state up 34% in 2017, according to the American Gaming Association.

Despite there being no anticipated fiscal impact, Missourians will be asked on Tuesday to approve or reject an amendment to the Missouri Constitution that would remove language that prohibited licensed bingo organizations from advertising their games.

Amendment 4 would also help the organizations by allowing a member to become a manager six months after joining, instead of having the member wait two full years before taking the role.

State voters approved bingo nearly 40 years ago. Previous attempts are loosening the bingo rules were rejected by voters in 1990 and 2000, but bingo advocates are confident this time will be different.

With NCAA Basketball Futures Bets, Shopping Around Is Essential

With Tennessee Sports Betting In Doubt, Arkansas Poised For Sportsbook Outside Memphis