We didn't wait long to hear when sports betting in Mississippi would go live. Well in advance of NFL season, MS casinos will be opening shop. 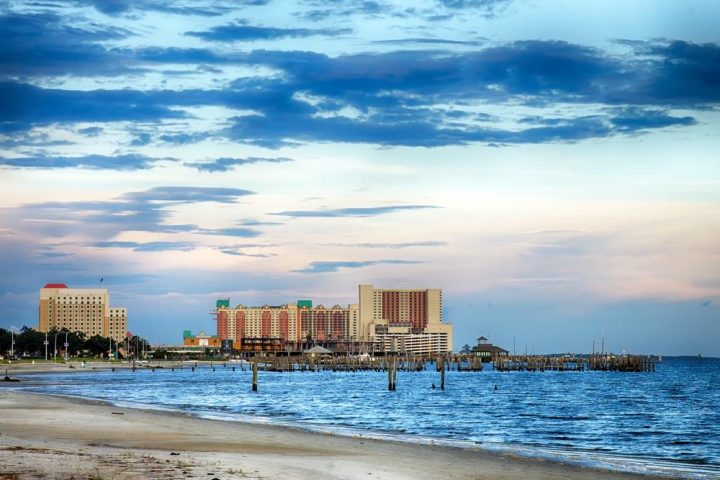 We won’t be waiting long for another state to join the ranks of those offering legal, regulated sports betting.

Thursday morning, the Mississippi Gaming Commission approved sports betting regulations and announced that betting could begin after 30 days. That means some of the Magnolia State’s myriad casinos will likely have sports books operating before the end of July, well in advance of the start of NFL season.

State regulators and politicians have been anxious for this to move ahead, seeing it as an opportunity to add jobs and revenue for the state, as well as to bring more tourists to areas like the Gulf Coast.

What’s allowed, and what’s not

The state of Mississippi has made it clear that casinos will be the only place where sports wagering is permitted.

That still leaves plenty of venues that could allow bets, and in a variety of locations up and down the Mississippi River. There are 32 different casinos in the state, ranging from the north-most venues around Tunica (just outside Memphis) to resorts around the Gulf Coast, such as the Beau Rivage and Golden Nugget in Biloxi. As long as you’re close to the coast, or the Mississippi River, there will be a casino near you taking bets.

Wagering on college sporting events is also permitted, a feature that may be contentious in some states around the country. Casinos will not be allowed, however, to take bets on the outcomes of political elections.

There is also a provision in the document to allow mobile wagers, but only on casino premises.

Notwithstanding any other provision of these regulations to the contrary, the Executive
Director may authorize electronic wagering to be conducted within an approved casino and hotel
facility on mobile devices as approved by the Executive Director.

Players must first establish a wagering account at a facility before being allowed to bet electronically.

A future for mobile?

The short answer is, not anytime soon.

While states like New Jersey, West Virginia, and Pennsylvania appear likely to move ahead fairly quickly with off-site mobile betting anywhere within state borders, Mississippi has held back its support. It’s worth noting that while the state is one of the biggest in terms of number of gambling venues, online gambling has rarely, if ever, been on the table there.

Similarly, lawmakers and regulators appear reticent to allow bets to move away from the existing land-based venues, and have shown no indication they could change their mind in the near future.

This unfortunate reality will largely curtail the direct revenue opportunity sports betting provides, given that online betting is typically a much bigger business than brick and mortar. But even though less than $10 million in taxes are expected each year as a result of sports betting opening up, live sports books should be a big draw to bring customers in casino doors.

The long and short of it is that the Magnolia State said thanks but no thanks to the professional sports leagues’ dubious offer to take money out of the pie in exchange for some sort of unspecified integrity monitoring.

Mississippi casinos believe they’ll be just fine monitoring integrity internally, and have baked that into the regulations that were approved.

Licensees shall adopt approved internal controls to identify wagers which may indicate
cheating, manipulation, interference with the regular conduct of sport, or violations of the
integrity of any sport on which wagers were made.

Help for a struggling region

In the ’90s and early 2000s, Mississippi landed on a tremendous opportunity to create jobs and revenue in their state, which has long been one of the nation’s poorest economic performers. Casinos boomed, and Tunica was, for a time, the third biggest gambling destination in the United States.

But gambling has proliferated around the country in the last 15 years, and Mississippi has failed to attract tourists to its casinos at the rate it once did.

Lawmakers allowed sports betting in 2017 at the same time they legalized daily fantasy sports, anticipating an opportunity to act quickly if the Supreme Court tore down the federal prohibition.

Now that sports betting is a possibility in any state that wants to license and regulate it, stakeholders in Mississippi are hoping their status as one of the first states to allow sports betting – and certainly the first in the southern region – gives them a new leg up to once again make their state the gambling hub of the south.

Adam Small has been an entrepreneur in the online gambling space since 2004. He is the current CEO of the US Bets Network, which includes USBets.com, SportsHandle.com and several other websites. He also co-founded PocketFives.com.

Adam Small has been an entrepreneur in the online gambling space since 2004. He is the current CEO of the US Bets Network, which includes USBets.com, SportsHandle.com and several other websites. He also co-founded PocketFives.com.