Is Sports Betting Coming To Connecticut? DraftKings Wagers On Yes 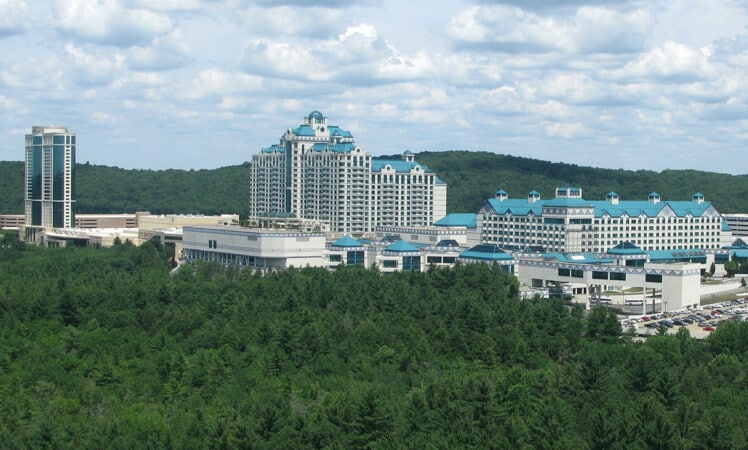 DraftKings announced a deal on Monday morning with the Mashantucket Pequot Tribal Nation, owner of Foxwoods Resort Casino in Connecticut, which will position the daily fantasy sports giant to offer mobile sports betting in the state.

Connecticut has been slow to move on legalizing and regulating sports wagering. In March, just before the COVID-19 pandemic interrupted life in the region, a hearing in front of the Joint Public Safety and Security Committee on legalizing the activity went nowhere. A month later, Gov. Ned Lamont rejected a request from the state’s two casino-operating tribes to issue an executive order permitting online gaming.

The Nutmeg State has been a tough nut to crack politically, with tribal interests and state interests repeatedly failing to align.

But in making this multi-channel deal, Boston-based company DraftKings clearly has confidence that the various hurdles will be overcome before long.

“This is a landmark deal in collaboration with the Mashantucket Pequot Tribal Nation as well as a critical next step to bringing America’s top-rated sportsbook app to sports fans in Connecticut,” DraftKings North America President Matt Kalish said in Monday’s press release. “The national expansion of regulated sports betting is among our top strategic priorities. DraftKings today is live with mobile sports betting in 10 states, more than any other operator in the U.S., and teaming up with the tribe will allow us to extend our reach even further.”

A small state in a pivotal position

Nobody knows what the regulated Connecticut online sports betting market will look like. The only other casino in the state is Mohegan Sun, which announced a sports betting partnership deal of its own with Kambi Group plc in March 2019. Kambi provides bookmaking services for several different active U.S. sportsbook brands.

Although Connecticut is not a huge state — it ranks No. 29 in population with about 3.6 million residents — it borders both New York and Massachusetts, neither of which has legalized online sports gambling yet.

Gaming industry legal analyst Daniel Wallach wrote on Twitter Monday morning, “As mobile sports betting legislation continues to be delayed in New York, the DK/Foxwoods deal takes on added importance. Statewide access in Connecticut would obviously draw in many NY residents from the lower half of the state (and away from NJ). And hello Massachusetts.”

DraftKings already has exclusivity in the New Hampshire market.

Until legalized sports betting arrives in Connecticut, one immediate impact of the new deal is that it makes DK the official DFS partner of Foxwoods.

“DraftKings is a pioneer in the U.S. digital sports entertainment and gaming market,” said Jason Guyot, Foxwoods’ interim CEO and president. “Offering daily fantasy sports allows us to bring a new type of compelling and interactive online experience to our passionate sport fans.”