State-By-State Sports Betting Expansion: What To Expect In 2021

Online sports betting is days away in Michigan and Virginia; what states will launch or pass laws after that? 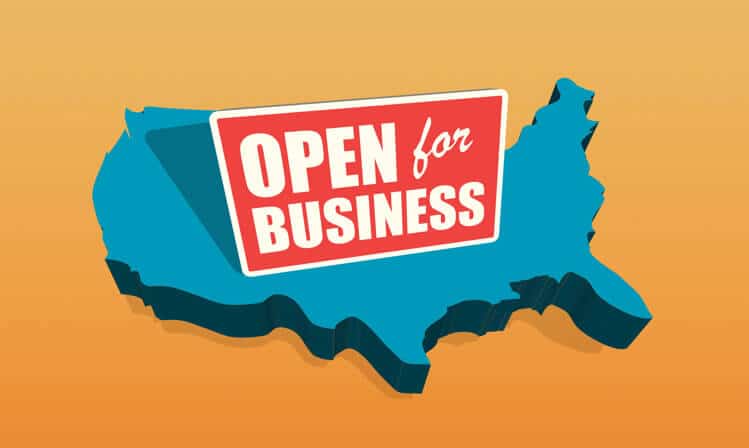 For all of 2020’s obvious faults, it stood as a third consecutive year of significant progress in the U.S. sports wagering industry.

And 2021 could potentially be the year in which that industry crosses a key tipping point: By the end of these 12 months, the number of jurisdictions in which you can place a legal sports bet might outnumber those in which you can’t.

The following is a look at what advances toward that goal to expect in 2021, broken into three tiers of likelihood.

This will not add to the tally of states with regulated sports betting, because the Wolverine State already joined that list, on the fateful date of March 11 when MGM Grand Detroit and Greektown Casino opened their brick-and-mortar sportsbooks. But as many states have proven, you’re not a serious sports betting state until you have online/mobile betting. In the record-smashing month of October 2020, in states with both retail and mobile wagering the latter accounted for 81.7% of the handle.

Michigan is set to get its cut of that action any day now. While a December 2020 launch appeared likely for a spell, the latest reports have it pegged for around Jan. 15. Barring unexpected delays, Michigan will become the 14th jurisdiction taking legal online sports bets.

If there are delays in Michigan, Virginia has a shot at leapfrogging into that No. 14 slot. Online wagering is poised to come before brick-and-mortar, since there aren’t any casinos in the state — yet.

The Virginia Lottery had received 25 sports betting operator applications as of November, and Sports Handle projects that wagering will go live at either the tail end of January or the first week of February. The NFL playoffs get underway this weekend, and operators are hopeful to be accepting bets from Virginians in time for the Feb. 7 Super Bowl.

North Carolina’s sports betting industry will be extremely limited in scope, which may be why hardly anyone seems to be noticing how slow it is to launch. Gov. Roy Cooper signed a bill allowing sports betting at two tribal casinos way back on July 26, 2019, but so far, no betting. Both casinos built sportsbooks, and in late 2020 a sportsbook operating deal with the state government was finally reached. So, in the college basketball-mad Tar Heel State, there is hope of sports betting — retail only — beginning in time for March Madness.

The northernmost and westernmost Pacific Northwest state has been grinding along slowly since becoming the first state to pass sports gambling legislation in 2020. The latest aim is to approve regulations in the spring, which projects out to the first bets being taken sometime in the second half of the year. Like North Carolina, Washington state will not offer mobile betting, instead limiting the activity to sportsbooks at tribal casinos.

With sports betting legal (if limited) in D.C. and launching any minute now in Virginia, it it will be up to Maryland to complete the DMV triumvirate. By almost a 2-to-1 margin, voters approved a referendum on the activity in November, with both mobile and retail betting on the table. But a full regulatory framework still needs to be worked out — citizens voted in favor of a concept, not an actual bill. So the timeline on a Maryland launch is unclear. One thing we do know is that Barstool Sportsbook is angling to plant its flag there.

Like Maryland, South Dakota voters said “yes” to sports betting on election day, and like Maryland, there is no regulatory framework yet. This may or may not include mobile, and all we know for sure is that it will be allowed in the made-extra-famous-by-David-Milch town of Deadwood. The rules and regs are expected to be presented on July 1, which means an actual launch of sports betting in 2021 seems feasible.

A unique state that votes on certain measures parish-by-parish, Louisiana saw 55 of its 64 parishes (including New Orleans) approve retail-only sports betting in November 2020, but the state still has to determine the tax rate and the rules for the activity (as well as for daily fantasy sports). General wisdom says the launch of sports betting in the state will not come until 2022.

Tier 3: Legislation passing in 2021 is realistic

2020 came and went without a sports betting bill passing in Ohio, to the surprise of some in the industry. Now 2021 begins with some maintaining their 2020 optimism and others feeling burned and bracing for another lost year.

Two separate bills made progress in the House and Senate last year, and lawmakers have to start from scratch now — but at least conceptually, in terms of progress being made bringing awareness of the sports betting proposal to elected officials, there will be some carryover. Still, the state needs to sort out whether it will be the Ohio Lottery Commission or the Ohio Casino Control Commission overseeing the activity, along with other kinks to take the iron to. But with four of the five states bordering Ohio already allowing mobile sports betting, the pressure is undeniable and could spur the action in 2021 that didn’t come in 2020.

It’s worth noting that Ohio legislation introduced in 2021 can be carried over to 2022. If Ohio loses too much momentum on sports betting it’s conceivable the process should take longer than an additional year.

Mashantucket Pequot Tribal Chairman Rodney Butler said in December, “We’ve made progress with the governor and he’s definitely more of a partner now than he ever was, and he’s said publicly that he is supportive of iGaming and sports betting.” Those are just words, of course. But in Connecticut, a state where conflicts between tribal interests and state interests frequently slow gambling expansion progress, there have been other promising signs of late — including DraftKings positioning itself by making a deal with the Mashantucket tribe’s casino, Foxwoods.

Whether there’s enough momentum to make anything happen in 2021 is unclear, but the COVID-19 pandemic increased awareness among the Foxwoods and Mohegan Sun brass about the benefits of online sports betting and online casino gaming. The short-term casino losses might ultimately give way to major revenue gains.

The Massachusetts House passed a sports betting bill in July 2020, but that’s as far as it went, with the Senate rejecting the addition of sports wagering to its 2021 budget proposal. Gov. Charlie Baker has been unambiguous in support of sports betting, saying a year ago that “people in Massachusetts should be able to play in Massachusetts.” Add in the fact that DraftKings is headquartered in the state and lobbying hard, and we’re looking at a state that is nearly a sure shot to regulate retail and online sports betting eventually. What we don’t know is whether enough Massachusetts lawmakers will make it a priority in 2021.

There’s talk of officials in the Peach State filing bills as early as this month to legalize and regulate sports betting, and Georgia Rep. Ron Stephens recently said such bills would be easy to pass. Just like fellow casino-less state Tennessee acted swiftly and somewhat unexpectedly to legalize online-only sports gambling, Georgia has to be taken seriously as a potential quick mover in 2021.

There’s still a long way to go in Nebraska — including calling out sports betting by name. When voters approved amendments to the state constitution on Nov. 3, they were voting to legalize “all games of chance.” Cornhusker State lawmakers will have to get more specific, but it’s not beyond the realm of possibility that sports betting regulations will be spelled out and approved during this calendar year.