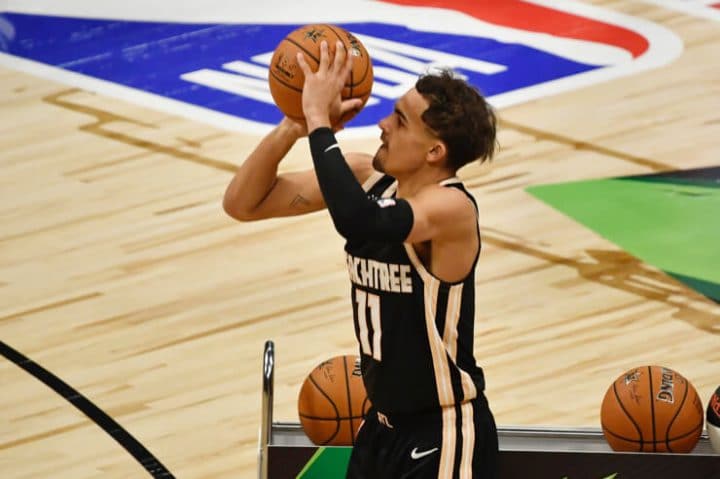 A HORSE is a HORSE, of course, of course, unless that HORSE is recorded in advance, in which case nobody can bet on it legally, and then what’s the point?

I think that’s how the old sitcom theme song goes.

Give the NBA and ESPN full credit for experimentation and creativity at a time when no new sports events are available for homebound viewers to watch. But Sunday night’s broadcast of four one-on-one HORSE matchups — with socially distanced NBA, WNBA, former NBA, and former WNBA players trying to outshoot each other on their personal basketball courts — was about as far from entertaining and watchable as sports gets.

Small sample size here, but just ask my 10-year-old son, who checked out about seven minutes into the telecast to get back to watching Marvel movies. I lasted longer, about 20 minutes, before I fell asleep on the couch. (I watched what I’d missed on the DVR on Monday morning, with liberal use of the fast-forward button.)

HORSE simply isn’t much of a spectator sport. It’s the NBA All-Star Weekend Three-Point Shootout on sedatives, with about as many shots hoisted in 60 minutes as the Three-Point Shootout features in 60 seconds. Sunday night’s quarterfinal games confirmed — and Thursday’s semifinals and finals will further prove — that HORSE is a game that might relieve boredom for participants but will not do the same for viewers.

When first announced, the HORSE event looked like a lifeline for regulated sportsbooks desperate to post odds on any sporting event taking place in America and featuring athletes that bettors had heard of.

Unfortunately, the NBA and ESPN decided to record the event prior to airing, which meant it was off-limits for legal sports betting operators. Nine states — Nevada, New Jersey, Pennsylvania, Indiana, Iowa, West Virginia, Oregon, New Hampshire, and Rhode Island — are presently up and running with online sports betting.

The sportsbooks in those states, whose headline events currently consist of table tennis, darts, and Belarusian soccer, would have been delighted to offer betting on HORSE. Especially after UFC 249 got scrapped last week, this NBA-adjacent competition became by far the best opportunity to generate handle this month other than NFL Draft betting (which is permitted in some but not all states).

But for obvious integrity reasons, responsible sports betting regulators don’t allow betting on events that are completed in advance.

Ironically, airing HORSE on delay after editing did absolutely nothing to enhance its entertainment value.

I get that with the technology limitations of the players shooting in remote locations using their camera phones and connecting with each other over WiFi and lagging group chat software, ESPN wanted an opportunity to smooth the rough edges before broadcasting it to the masses.

But no amount of editing could make people standing still and shooting basketballs entertaining. Even in highlight package form on ESPN’s website, where you mostly just see the shots going up without the plodding in-between, this isn’t good TV.

Editing is not the answer. Having a sweat is the only answer.

This is not an endorsement of irresponsible gambling or of the notion that you need to have money on a game to make it worth watching. As a general rule, having a wager on a game, or at least a fantasy player in action, amplifies the highs and lows of the viewing experience. But in most cases, sports are entertaining enough for most fans to provide spectator value without any consideration to gambling.

HORSE is not “most cases.”

The closest mainstream example might be Major League Baseball’s midseason Home Run Derby. It’s a better TV program than HORSE filmed on iPhones, but it does tend to get monotonous after a few swings. That said, if you’ve ever put a few bucks into a pool with some friends and had everybody draft a player in the derby, you know that makes it considerably more exciting.

The only way to make HORSE worth watching is by having a little cash riding on the outcome. And the only way that would be possible at legal sportsbooks is if the NBA and ESPN had agreed to broadcast the event live. On that front, they really dropped the ball. Or perhaps it would be more fitting to say they lined up from the corner and clanked the ball off the iron.

In the first round of the HORSE quarterfinals, we saw the two favorites in the competition, Trae Young and Chris Paul, eliminated in major upsets, as both a retired player, Chauncey Billups, and a WNBA sharpshooter, Allie Quigley, advanced. Huge upsets are a hallmark of what powers sports betting and makes it fun.

Those upsets would also lead to fascinating recalculations for bettors heading into the semifinals. Is any underdog really much of an underdog in a game like this? Would Quigley or Billups be worth a bet to win it all at, say, +550?

Or would the smart money be on Mike Conley Jr., who seems to have secured a ridiculous advantage by being the only competitor to take his shots on an indoor court and happens to be ambidextrous, meaning he can torture opponents by choosing shots that have to be taken with their non-dominant hand.

The more you explore the intricacies of the competition, the more clear it is how interesting it would be to bet.

But unless ESPN and the NBA recognize this and adjust their plans to show Thursday’s semis and finals on a delay, sports fans who patronize legal sportsbooks will have no compelling reason to tune in.

‘Somewhere In Florida’ — Is The UFC Teasing Sports Bettors, Books Once Again?