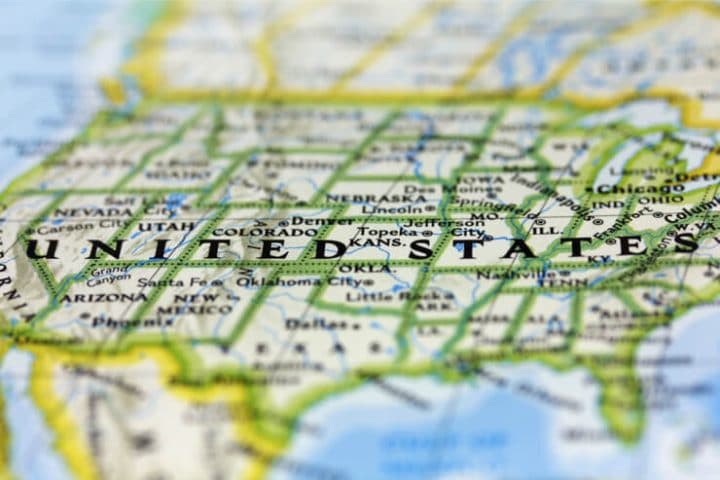 What’s the significance of those numbers, aside from their appeal to math geeks on account of them appearing consecutively in the Fibonnaci sequence?

In the 19 months since the Supreme Court overturned PASPA, sports betting legalization has been plowing ahead at a clip of almost exactly one new state per month, which is simply remarkable.

The latter two only had land-based sportsbooks in 2018 and expanded to launching mobile apps in 2019 — just two of the numerous cases of progress being made in the past 12 months.

Here’s a state-by-state roundup of the other major steps forward in this soon-to-conclude momentous year.

States that began sports betting in 2019

Arkansas: It took until July 1 before a new state took its first sports bet, and that happened in the state that calls itself “The Land of Opportunity.” We’ll grade that nickname as half true. Yes, sports betting is now allowed at land-based sportsbooks. But mobile betting — which accounts for about 85% of the handle now in New Jersey and Pennsylvania — is still not on the menu in Arkansas.

New York: The Empire State dipped a toe in the same way Arkansas did. New York’s first sports bet was placed on July 16 at Rivers Casino in Schenectady, but mobile betting has only progressed to the point of being the subject of an upcoming study. Meanwhile, tax dollars from sports wagering flow into New Jersey like so many trains leaving Penn Station.

Iowa: On Aug. 15, the Hawkeye State joined the party and became the first state to introduce both land-based and online betting in 2019. The early revenue numbers are a far cry from those in New Jersey, as expected, but with more than half of the handle coming online, Iowa is trending in the right direction.

Oregon: The only state west of Nevada to allow sports betting so far got started on Aug. 27 and offers both land-based and mobile betting. The latter, however, is extremely limited. The state-run lottery oversees the lone betting app, a monopoly system that limits the amount of edge a bettor can find.

Indiana: Even though the Hoosier State was the last to launch sports betting in 2019 (so far), the state is generating far more handle than the four that preceded it, in large part because of the most New Jersey-like mobile betting laws. Land-based betting began on Sept. 1, and by November, mobile books FanDuel, DraftKings, and BetRivers were combining for nearly $100 mm in bets taken in a single month.

States that have laws on the books entering 2020

Montana: The first state to legalize sports betting in 2019, Montana actually seemed as of a few weeks ago to have a shot at launching betting before we replace our wall calendars. Whenever it happens, though, sports betting in the state will start at kiosks only, not on every computer and cell phone.

New Hampshire: Though the Granite State passed its betting laws more than a month after Montana, its DraftKings mobile option appears poised to launch first. DK’s Matt Kalish told the New Hampshire Union Leader that Dec. 30 will be the date, in time for NFL playoffs.

Washington, D.C.: This one is a mess, with controversy and more than a faint whiff of corruption lingering over the decision to give the lone mobile betting contract to Intralot. Still, it’s expected that by early spring, there will be betting in the District.

Tennessee: The Volunteer State passed its betting legislation on May 25 but is still hammering out the rules. The latest projections have this mobile-only landscape in a casino-less state launching around May or June.

Illinois: While the state that is home to Chicago is big enough and populous enough to eventually challenge the current big boys for handle supremacy, it figures to be a slow rollout for Illinois, which passed its betting laws on June 2. Mid-2020 seems realistic for brick-and-mortar sportsbooks and for mobile books tied directly to those physical locations, with stand-alone mobile books likely on hold until late 2021.

North Carolina: The New York of the South as far as sports betting is concerned, North Carolina will only allow the activity at two tribal casinos, both rather remotely located. The good news is that lawmakers are reportedly considering statewide mobile options.

Colorado: This state gave us the most exciting legalization sweat of 2019, with a ballot measure ever so narrowly passing in November. The law calls for implementation by May 1, 2020.

Michigan: Not only did Gov. Gretchen Whitmer sign off on legalizing mobile sports betting last Friday, but she also made Michigan the fifth state to permit online poker and casino games. As for a sports betting timeline, even though land-based betting wasn’t explicitly covered in the law there’s a good chance that comes first, with mobile apps available for download in the second half of the year.

In case you’re curious, the next number in the Fibonnaci sequence is 34. Will we get there in 2020? Probably not. But as 2019 comes to a close, there are 25 states without sports betting regulations that are at least having discussions on the matter.