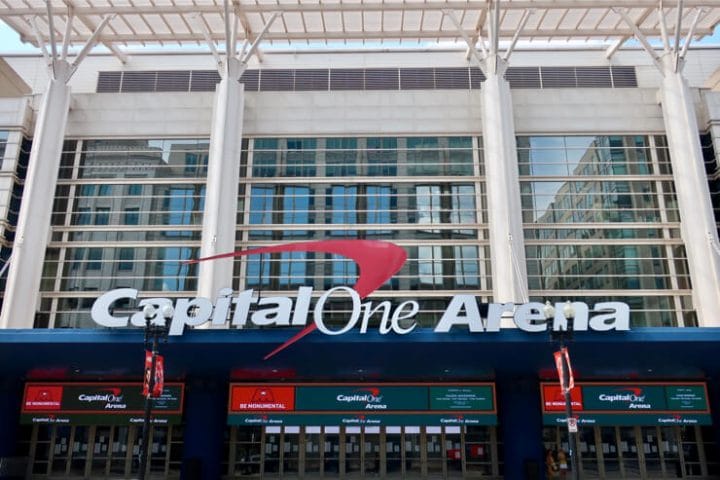 And while the interest in the subject from Monumental Sports — think Washington Capitals, Wizards, Mystics, Capital One Arena — is well-known, a Madison Square Garden executive confirmed at a Sports Betting USA panel that “The World’s Most Famous Arena” has similar goals.

“We’re excited that we’ll get there eventually,” said Jamaal Lesane, senior VP of legal and business affairs for The Garden, of in-house sports betting. “I’d say we are cautiously optimistic.”

All sorts of legal gambling expansion in New York, including mobile as well as the opening of new casinos and the addition of stadium/arena elements, are at the mercy of Gov. Andrew Cuomo, who so far has resisted — even as New Yorkers have bet hundreds of millions of dollars on sports in neighboring New Jersey.

Lesane addressed one reasonable curiosity: Where mobile betting is passed, what’s the need for kiosks and tellers, anyway?

In countering that he referenced Belmont Park and the Belmont Stakes, the third leg in horse racing’s Triple Crown, and the still-formidable lines of bettors that day.

“There are a tremendous variety of options to bet with mobile on the race,” said Lesane. “But the lines of people at the track suggests that there will always be people who don’t want to bet on their phones. It’s almost as if they are two different products, and there is room for both to co-exist.”

The presence of kiosks also will signal to sports fans that gambling is now both legal and regulated, presumably encouraging greater participation.

D.C. will show states the way

Last month, Monumental signed a deal with British bookmaker William Hill to handle its now-approved in-arena Washington, D.C. sports betting. The betting is expected to begin in earnest next year, and Jim Van Stone — president of business operations for Monumental — explained some of the likely ramifications to a Sports Betting USA audience.

For one, this is not just a play for “action” during Monumental team games.

“We look at this as an opportunity to really open up the building on far more nights — maybe pay-per-view events with boxing or MMA, maybe Super Bowl Sunday at the arena,” Van Stone said. “We look at ‘dark days’ as a lost revenue opportunity for us. So why can’t we broadcast an Indian cricket league match and have people come in from the local community? There are so many ways we could go and be packed for 300 nights — not 200 to 230.”

Van Stone said he hopes that sports betting will encourage fans to arrive earlier, stay later, and have a more immersive experience that encourages them to return. He also has a goal of the sportsbook being open 15 to 18 hours per day, given the high quantity of people who live or work in D.C.

Illinois has a new law that authorizes sportsbooks at arenas and stadiums — but for a $10 mm licensing fee. That has the major pro sports teams seeking exclusivity within a five-block radius. This and other details still need to be worked out, so look for Washington, D.C. to be the pioneer on such gambling in the U.S.

Daniel Wallach, a gaming law attorney, said that the urban location of many sports arenas and stadiums makes them ideal as sports betting sites, especially given that so few U.S. cities feature casinos or racetracks.

“This is an opportunity to offer an adrenaline shot to the retail aspect of sports wagering,” Wallach said, adding that multiple pro sports franchises in Florida and California already are pushing this issue. “That’s why this expansion is inevitable.”

NFL executive takes a hit from the audience

The surprise audience question of the week goes to Jeff Gural, the Meadowlands Racetrack operator, who said to NFL executive Chris Halpin on Tuesday: “We operate the [FanDuel] sportsbook at the Meadowlands, where the NFL makes our life miserable. I’m just wondering is that going to change anytime soon, because it’s very frustrating to be next to where they’re playing football [at MetLife Stadium], and we have the NFL pretending that sports betting doesn’t exist.”

Gural was referring to the fact that on most NFL Sundays, either the Giants or Jets have a home game, thereby limiting sportsbook crowds given that a parking pass costing $30 and up is needed to get on the grounds most of the day.

It’s also not easy for a novice to find the exact lot on the stadium grounds for the bus that takes bettors on a short ride to the sportsbook on the other side of the Sports Complex.

Halpin called a quick audible on this blitz: “Thank you for your feedback. It’s noted. We’ll take that under advisement.”

The father of expanded legal sports betting in the U.S., former New Jersey state Senator Ray Lesniak, couldn’t resist needling his New York audience about the success of the Meadowlands Racetrack’s FanDuel Sportsbook, already perhaps the largest such operation in the world thanks to New Yorkers’ visits.

“Jeff asked me not to say anything here to encourage New York to embrace sports betting,” Lesniak said during his morning keynote address.

When I visited all eight Atlantic City casino sportsbooks earlier this fall — twice — I noted how Hard Rock, unlike most of its rivals, had not constructed a full-scale space for such wagering.

That is not from a lack of ambition or consideration, as Senior Vice President Kresimir Spajic explained at the Sports Betting Investor Summit on Monday. Rather, taking bets on sporting events — while glamorous — is not a clear financial winner in spite of the attention paid to it in the gaming industry.

While MGM Resorts executive Scott Butera said his casinos have seen a big boost in other spending thanks to sports betting, including additional hotel stays, Spajic isn’t convinced.

“Is it prudent to invest $10 million in a capital expense for a sportsbook that is utilized to its full capacity maybe 30 days a year?” asked Spajic. “To be one of the dominant players [in sports betting], how long will it take and how much money will we need to spend? That’s a strategic decision we are thinking about — and we haven’t made a final call.”

This was Wallach’s quip on whether a recently announced federal sports betting bill — considered to be a trial balloon by most in the industry — might become law: “I’ve heard that Donald Trump can’t wait to sign [a bill] that was sponsored by [political enemy] Mitt Romney.”

On a more serious note, Wallach pointed out that the current state of confusion regarding whether the Wire Act might prohibit interstate poker compacts and other new gaming options — beyond the clear ban on interstate sports betting — could go away next November. Wallach speculated that a change of power at the White House would likely lead to a return to the Obama-era 2011 interpretation of the Wire Act while erasing the 2018 reinterpretation under President Trump.

Here are links to our other stories from the eventful week in Manhattan:

Sports League ‘Cats’ And Sportsbook ‘Dogs’: How They Wound Up Working Together

U.S. Sportsbooks Waiting On Regulatory OK For Betting On Chess