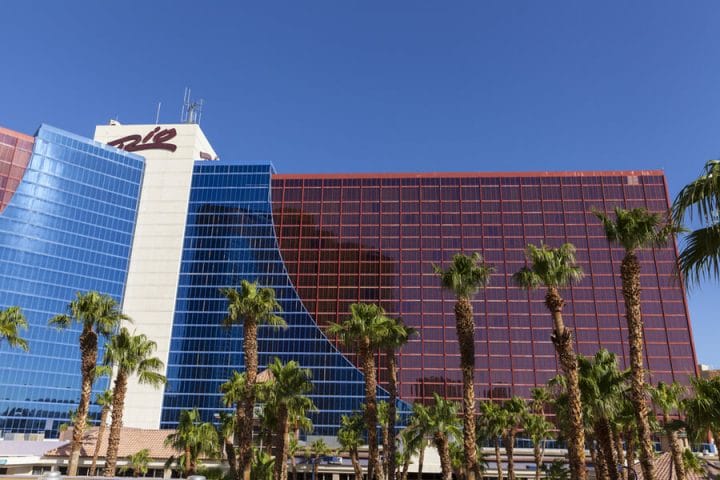 Looks like there was one (and just one) good thing that stemmed from UIGEA: It pushed James Holzhauer, who would go on to make a historic Jeopardy! TV run and become an unlikely ambassador for sports betting, into a career for which he was better suited than poker.

This week, though, many years removed from his last serious poker efforts, the Las Vegas professional sports bettor took another stab at Texas hold’em.

Holzhauer played poker semi-professionally in the early 2000s (during the start of the poker boom), according to a report from the Las Vegas Review-Journal. He made his World Series of Poker debut at the Rio in Las Vegas on Monday, entering two events after Poker Hall of Famer Mike Sexton offered to sponsor his buy-ins.

James Holzhauer is playing in today's $1,500 Super Turbo Bounty event and is donating 50% of whatever he wins to @project150LV. https://t.co/jRX7wS1uB6

Holzhauer found online poker while in college at the University of Illinois (he graduated, unlike some who played poker semi-professionally in that era). Poker was a very popular activity for teenagers and 20-somethings in the years immediately following Chris Moneymaker’s historic WSOP Main Event win in 2003.

One of the events Holzhauer entered Monday was a $1k buy-in tag-team tournament with Sexton, and the other was a $1.5k solo event. He failed to reach the money in both. His exits, coming as a result of some bad beats and a lost coin flip, were nothing noteworthy for those familiar with the variance of poker, and surely Holzhauer isn’t losing any sleep over his eliminations. He is well aware that even world-class poker players can go on months-long losing streaks at the tournament tables.

I lost on purpose because my daughter wanted me to come home. https://t.co/5tjCuPRcZ4

Many professional or semi-professional poker players left the game as online poker slowly became more precarious in the U.S. after the 2006 Unlawful Internet Gambling Enforcement Act, culminating in the industry-devastating Black Friday in the spring of 2011. However, Holzhauer was long gone by then, a wise move for a gambler who makes his living trying to predict outcomes.

“I stopped playing online poker due to a combination of the UIGEA legislation and realizing that I could make more money with less effort by betting sports,” he told the Review-Journal.

UIGEA made it much more difficult to process payments related to online gambling, creating a Wild Wild West environment for online poker until the feds showed their cards and kicked the top platforms out of U.S. cyberspace.

In the roughly eight years since, many offshore poker sites have catered to Americans in the absence of the former top platforms. One that managed to weather the storm after exiting the U.S. market in 2011 was PokerStars, now called The Stars Group. The company is now operating legal online poker (as well as online casino and sports betting) in the state of New Jersey.

Perhaps no better example of that genius, as well as gambling awareness/humbleness, came this week when Holzhauer reportedly referred to himself as “dead money” in WSOP events. That means he thinks he has a negative EV (expected value), and over the long run would lose money at the annual poker festival.

Holzhauer knows where he has an edge and where he doesn’t, the sign of a gambler who can last. He doesn’t now think he can take on the world after wowing the country with his brain on the popular game show. “My poker skills are so rusty that my main goal is to get lucky,” he said ahead of Monday’s events.

Of course, Holzhauer could probably climb the ranks of the poker world if he wanted to dedicate himself to that. It would be costly, though he could easily find poker pros to invest in his buy-ins and minimize his financial exposure (he had a seven-figure tax liability from his game show success).

But the opportunity cost would likely be far too high, given his opportunities as America’s most popular pro sports bettor.

The Search For The Site Of The VLT Parlor Coming To Orange County, NY