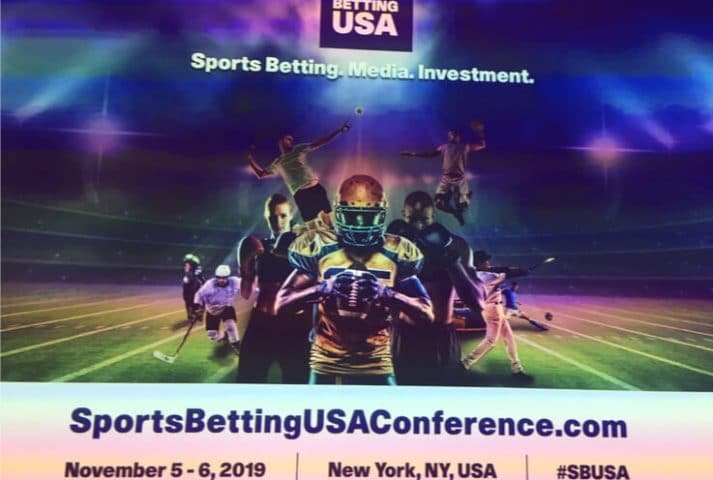 The euphoria in the U.S. legal gaming expansion community when the Supreme Court opened the sports betting door to all states last year soon gave way to several leagues raising their hands and seeking money from sportsbooks.

“Integrity fee,” “royalty,” “official data” — by any name, the sportsbooks were repelled by the notion that they be forced to divert a portion of their revenues from a low-margin business.

Fast-forward more than a year, and one sports betting operator after another is announcing partnerships with one league or another. So what changed? And how and why? That was the topic at one of the key panels at Sports Betting USA in Manhattan this week.

iGaming Capital Director Melissa Blau, serving as moderator, asked a smartly broad question about interactions of league officials with those operators: “Do they feel as if you have a hand out, versus ‘How can you help me increase revenue?'”

“That’s an area where one year has really made a difference,” said Kaufman-Ross, the NBA’s senior vice president in charge of the fantasy and gaming categories. “Last year, probably a little more of the former [hand out] was the view. I think now that conversations have evolved as the sports industry and the gaming industry have listened to each other, we have realized there is a lot that we can offer each other — and that we are all in a better position if we are working together as partners.”

Or as MLB counterpart Kenny Gersh put it: “We’re much better together than we would be apart. It is a shift that we’re all going through together: How does sports betting in America change, now that we’re all sort of invested in it?”

The value of logos

Anyone who has been to a Las Vegas sportsbook knows that the betting lines list names of cities, without identifying logos or other marks. It didn’t prevent billions of dollars from being wagered annually. So who needs logos, anyway?

According to Kaufman-Ross, while that may be true for ardent bettors, an imprimatur can close the deal for on-the-fence casual players. “We’ve shown [the operators] that there have been a number of surveys done — research — that shows how much more likely a consumer is to use any product that has those logos,” he said. “It’s visually appealing.”

Gersh said that “having a league stamp of approval is a huge thing.”

Whatever the reason, operators are flocking to the NBA — this week’s partnership with DraftKings brings the number of major deals since last summer to six. And the NBA apparently isn’t done; as Kaufman-Ross said, “We are looking to add more.”

What other sports are/aren’t doing

Not every sport has been as proactive. The NFL, for instance, has a Daily Fantasy Sports partner in DraftKings, a casino partner in Caesars, and a data deal with Sportradar. But there is no “all-in” sports betting operating partner.

“One difference is that we are a national brand,” said NFL executive Christopher Halpin during a separate panel on Tuesday. “We are continuing to evaluate possible partnerships, learning as we go and seeing what works. We don’t feel a lot of pressure to [find a partner] immediately.”

Major League Soccer has one major deal, with MGM Resorts, and Vice President Bill Ordower said his league is currently “singularly focused on that partnership.”

Scott Warfield, NASCAR’s national director of gaming, noted that his sport hasn’t had the volume of black-market betting that the major team sports have had. “Not a lot of people over the past several decades have driven over to the Walmart to meet a bookie to bet on a NASCAR event,” quipped Warfield at Monday’s Sports Betting Investor Summit in lower Manhattan.

NASCAR, like MLS, did not join the largest leagues in suing New Jersey in 2012 to try to stop betting there, and therefore did not start talks with a natural antagonism.

“Our hand has not been out. Our hand has been, ‘Let’s sit down with operators and white-board something that will deliver value to them and value to us,'” Warfield said.

All of these sports have decades-long partnerships with more traditional companies. Among them, enthusiasm for sports betting’s arrival has varied.

Gersh pointed to a creative promotion by Taco Bell in the runup to the recent World Series.

“It was ‘steal a base, steal a taco’ — once someone steals a base, everyone gets free tacos,” Gersh said. “And Taco Bell leveraged that with MGM to create awareness about being able to take bets on who will steal that first base. You could bet on that in New Jersey and Nevada.”

Ordower said MLS owners were naturally more comfortable with the expansion of sports betting because that is part of the soccer experience worldwide. NHL executive David Lehanski said that owners generally understand the opportunity for sports betting as a revenue driver, although “they want to make sure fans aren’t sitting [in the arena, betting] on their phones, as opposed to watching the action.”

As for the NBA, Kaufman-Ross said, “It depends on the owner. We have some owners who are more traditional, and they are very worried about the integrity of the game so they focus on that.”