The Bad, The Ugly, And The (Two) Good Sportsbook Commercials

You've no doubt been bombarded with sportsbook ads, and the vast majority are not good 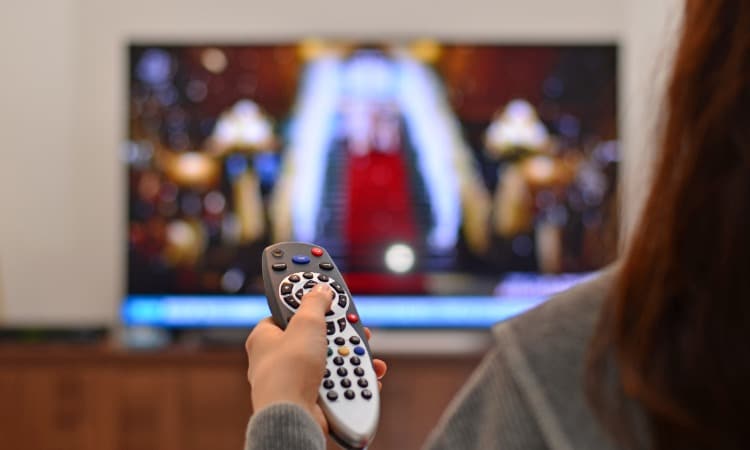 Sports betting commercials dot the national landscape, and they are almost uniformly horrible.

So here’s an incomplete list of the worst of the bunch.

But before we go and deem thee the Grinch of Sports Betting Commercials, know this: There are two I really enjoy. I chuckled both times I first saw them, and continue to chuckle today.

They are a pair of commercials from Caesars that feature the entire Manning family – dad Archie, former NFL superstars Peyton and Eli, and eldest son Cooper, who works for a real estate firm. The first one was Thanksgiving-themed, and featured J.B. Smoove as Caesar and Halle Berry – did you realize that was Halle Berry?!?! – as Cleo. They’re meeting each other for the first time, Kenny Mayne is there, and Caesar tells us who his favorite Manning is. It’s Cooper. Cooper is his favorite.

But the next time they meet is at the Thanksgiving table, and Caesar has seemingly forgotten who his favorite is …

“And you’re Cooper, right?” Caesar asks, to which Cooper replies, “I am.”

And then Caesar’s line – and something tells me it’s more Smoove’s line — slays me: “You look fabulous tonight.”

What can I say? I love Smoove, the mashup between him and the Mannings works, Halle Berry(!) is there, and Cooper is more than game to be in their presence.

Alas, not all Caesars commercials have been big hits. Like the “We Are All Caesars” debut …

We are, I am, you are … loud, obnoxious, and nonsensical.

And thus begins the “worst” part of our program.

For my money, the absolute worst commercials I discovered in my deep YouTube dive belong to Tipico, a German-based sportsbook that’s live in New Jersey and Colorado. Here’s a pair of their efforts. They are both loud – I’ve heard them in podcast form, and they’ve legitimately woken me up – and they both prey on what can only be deemed as “bad gambling psychology” to get their point across.

First up, the “feel something” commercial, where we’re told the only way to actually feel alive in this dark and depressing world is to bet on sports. (Or to be attacked by a snake.)

And then there’s the FOMO, “I knew it!” aspect of the gambler’s brain, when you “knew” what the outcome of the game was going to be (ha!!!!!) and yet didn’t wager on it. This one is bad. It might be the worst, period. Plus, the guy looks like he’s insane. Did I mention it’s loud? So loud.

These next two from BetMGM aren’t terrible in the traditional sense, but they sure are hilarious matched next to each other. They’re basically the same commercial, except one features Jamie Foxx, an Oscar-winning actor who, here, amps himself up into a bit of an overly manly, aggressive stance. Next up is Wayne Gretzky, who – I think? – attempts to do the same. Gretzky, however, is not an Oscar-winning actor.

And while the above two commercials take a more “serious” look at sports betting, a more recent entry by BetMGM attempts humor with Kevin Garnett.

Garnett, in retirement, is clearly “stopping to smell the roses.” But then he gets an alert that he just won a bet – and it’s clearly early morning wherever Garnett is, which would seem to indicate he just won a Russian table tennis wager – and then he pretty much loses his mind.

I don’t actively dislike Ben Affleck, but he’s not exactly someone I could see myself enjoying time with. I don’t know about you, but when I think of Affleck, I think of Matt Damon, and when I compare the two, Damon is the guy I’d want to drink beers with.

I’m sure Ben’s a nice fella or whatever, but I don’t think I’m alone in my Affleck-meh’ness. I’ve legit never been in a conversation with my contemporaries where I’ve ever heard anything that was Affleck-positive. Honestly, have never really heard anything Affleck-negative, either.

But WynnBet decided nope, Ben is our guy. And so is Melvin Gregg, who is famous enough, but I had to look him up. Oh, and one other thing: The commercial is dopey, treating Affleck as a regular “guy” just like us despite the limo ride with the Martin Scorsese stand-in. I don’t get it.

These FanDuel spots from 2019 are just inane. The first one features a guy so caught up in sports betting that he doesn’t realize his wife is schtupping some other schlub, and the next features a guy who is bringing more risk into the world to counter-balance FanDuel’s risk-free (spoiler alert: it’s not risk-free) first bet offer. Bonus points for terribleness: In the second spot, the “risk-free” bet is on the coin flip. Awesome messaging there, FanDuel.

Not to be outdone, DraftKings tried for humor earlier this year with a series of commercials featuring Martin Lawrence, Kristen Schaal, the big dopey guy from Veep, and an unrecognizable McLovin in a rip-off of the Pixar movie Inside Out. These are just flat-out not funny. At all.

And when DraftKings didn’t go for laughs, they brought in their own Jessie Coffield, who really should fire her agent for allowing her to say “Nailed it!” at the end of this commercial. You’re never going to unhear it. Sorry.

Drew Brees makes Wayne Gretzky look like Jamie Foxx. First, he’s in a spaceship for PointsBet. Next, he attempts to correctly pronounce “parlay.” (Is there a regional dialect thing going on with “parlay?” Will investigate. Anyway …)

Anyway, in both, he’s forced to say PointsBet’s silly tagline: “Live your bet life.” Yikes all around.

Last and just about least

The only reason this spot from Unibet wasn’t the worst of the worst – thank you, Tipico! – is because the music isn’t jarring. But the message – my gosh, it’s just terrible. It’s basically selling degenerate gamblers as the poster boys for a good time. It features two frat bros winning big on an opening tip, a retiree shushing a birthday party for his wife so he can watch a putt, and two hockey fans who know nothing about women’s tennis but are now gleefully betting on women’s tennis.

So what have we learned? Not a lot, alas, except the sportsbook commercial landscape is downright terrible. Be better, sportsbooks. Also: More Cooper Manning and Halle Berry.