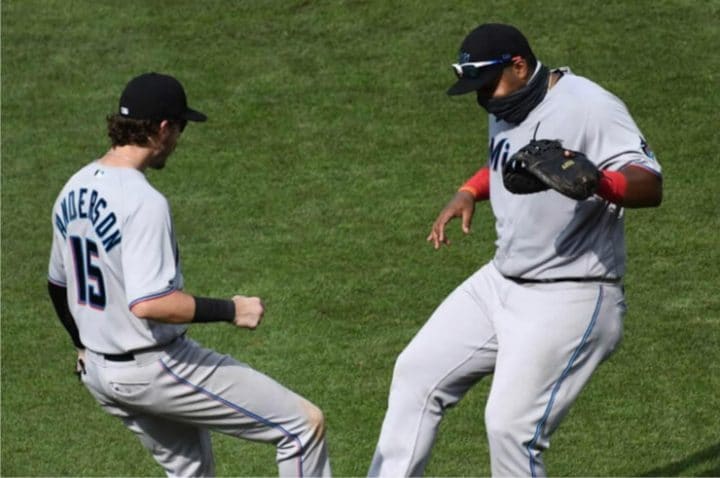 The nascent U.S. sports betting industry was given a major boost last week with the return of regular — or irregular? — season baseball, an abbreviated 60-game schedule that many have called a sprint to the World Series. Well, that sprint might have just had a false start.

After just a few games, the sports world is now painfully wondering if the season will continue.

On Monday, reports stated that an “outbreak” of COVID-19 with the Miami Marlins has resulted in the cancellation of the team’s game on Monday evening against the Baltimore Orioles.

At least one of the major U.S. online/mobile sportsbooks took swift action on Monday morning to refund wagers on the ballgame. It’s still too early to tell what will happen to the team’s season. However, it appears most if not all books have taken down the betting markets on team win totals in 2020. That’s not just for the Marlins, but for the entire league, as the fate of Miami’s squad will obviously have a major ripple effect.

All bets placed on tonight's postponed game between the Marlins & Orioles have been refunded.

For more information on postponed or cancelled games, please refer to our house rules ⏩ https://t.co/cBNw6tBvcH

Marlins had multiple positives cases yesterday and say they never considered not playing against the Phillies. The Phillies played on the same field as them, and now the Yankees are scheduled to share the same visiting clubhouse the Marlins used yesterday.

The Philadelphia Phillies, who played the Marlins this past weekend, were slated to face the New York Yankees on Monday evening, but reports Monday morning indicated that won’t be happening:

Ten other games are still on the board at U.S. sportsbooks as of Monday morning.

Future of season in question

The lack of daily rapid testing apparently has enabled the outbreak with the Marlins, a warning sign for the NFL. While MLB players are traveling to play games in other cities, the NBA and NHL will both use a so-called “bubble.”

MLB Commissioner Rob Manfred has the authority to cancel or suspend the season if the integrity of the season is compromised due to the number of players available on ball clubs.

That concern is already here for the Marlins. Though the team was considered to be among the worst in MLB this season, a greatly watered-down ball club would give their scheduled opponents a major advantage.

If the Miami Marlins are to continue their season, it will be with a minimum of 10 players from their alternate camp site. Few with big league experience, many with none. They will also need alternate coaches. Some with no big league coaching experience as well.

It is now possible the 2020 season won’t be a full 60 games. At least one sportsbook offered futures markets based on the need for teams to play at least 59 games, so bets will be returned if the season is cut in half, for example. The situation remains very fluid as of Monday.