Will Tyson or Jones even be trying to win? Bettors risking up to $5,000 on the "fight" certainly will be when these two icons touch gloves. 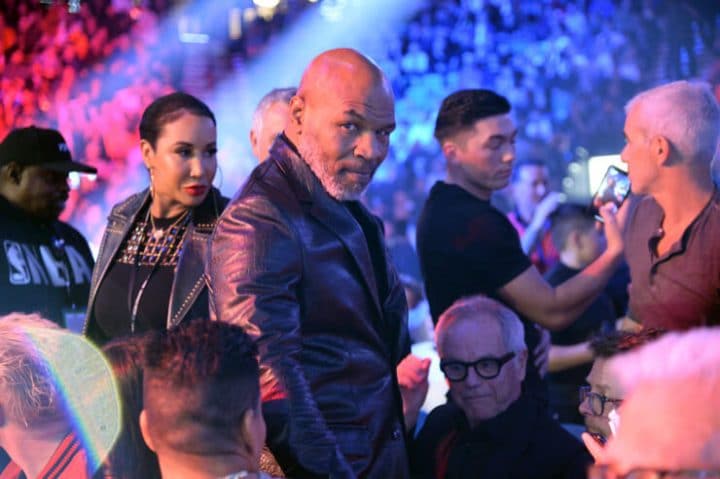 Real sports are back. But that doesn’t mean sideshow sports events are gone.

At the peak of the pandemic quarantine, sports fans had to satisfy themselves with a borderline unwatchable basketball HORSE competition, a charity golf event starring 40-something football players, and other such oddities.

Will either boxer even be trying to win? That’s anyone’s guess. Nevertheless, some sportsbooks — regulated and otherwise — are welcoming betting on whatever the heck this is.

If this were a real fight and not an exhibition, it would be legitimately interesting to analyze (albeit sad and unsettling to think about because of the boxers’ ages).

Tyson, the biggest star in boxing since Muhammad Ali, a man whose name and surrounding nostalgia has kept him marketable long after his pugilistic abilities faded, is still perceived as one of the all-time great punchers — and the power is typically the last thing to go for an aging fighter. He last fought professionally in 2005, when he lost to mediocre Kevin McBride, marking his third stoppage defeat in a four-fight span. He was already 15 years past the end of his prime then, and another 15 years have passed since, but “Iron Mike” looks in great physical shape and can clearly still throw punches effectively — as long as nobody is punching back.

Jones, arguably the most physically gifted boxer ever, hasn’t been out of the sport nearly as long, having last fought in 2018. But he ceased to be taken seriously as a contender starting in 2009, when he was knocked out in one round by Danny Green, and his prime ended five years before that. He’s smaller than Tyson — where Tyson weighed about 220 pounds at his best, Jones was most dominant between 160 and 175 pounds. Then again, they’re basically the same height and appear to weigh within a few pounds of another now, in their 50s.

In theory, Tyson is still the “puncher” (though Jones was no slouch in that department) and Roy is still the “boxer” (though his once-remarkable reflexes and defensive prowess are long gone).

This fight was talked about legitimately in 2003, when Jones made his brief stop in the heavyweight division and Tyson was still lingering as a top-10 contender. It was fascinating then. It’s still arguably fascinating now.

Or at least, it would be if we had reason to believe it’s something other than a lucrative sparring session.

But the word is that they’ve agreed not to try to knock each other out:

Tyson-Jones fight will be EXHIBITION bout with bigger gloves, perhaps 12 ounces. They met with Andy Foster oF CSAC on Zoom recently. They aren't going to try for KOs. Sept. 12 at Dignity Health Sports Park.

It’s no surprise that unregulated offshore sportsbooks are accepting action on the Tyson-Jones “fight.”

But some regulated U.S. books are also posting lines, while others are looking into it.

The Westgate Superbook in Las Vegas was the first to publicize its odds on the fight, opening both boxers at -110.

We asked Superbook VP of Risk Management Jeff Sherman whether this was one of those “for entertainment purposes only” odds posting, and he said, no, this is “open for wagering now.”

Surely there would be modest limits on the bet sizing for an exhibition, though, right?

Sort of. There are limits. But they aren’t overly modest. Sherman said bettors can risk as much as $5,000.

Interestingly, the Superbook’s odds don’t line up at all with what the offshore books are offering. Apparently factoring in the public’s ongoing obsession with what Tyson was in the 1980s and the casual fan’s leaning toward size and/or power over skill (see the egregiously skewed Floyd Mayweather-Conor McGregor odds), one of the offshores has Tyson at -350, Jones at +275.

By the way, the rules for Tyson-Jones have not been made public yet, and for all anyone knows, there might not be judges scoring and a decision announced if it goes the eight-round distance. In boxing exhibitions, winners and losers aren’t always declared.

Despite the various vagaries, Nevada sportsbooks can offer odds, just as they can on exhibition preseason games in baseball, football, etc.

As a spokesperson for the Nevada Gaming Control Board told US Bets recently, in the Silver State, “Sports do not need approval provided the sporting event is not amateur … has a governing body … and the outcomes are reported in newspapers of general circulation or in official, public records maintained by the appropriate league or other governing body.”

This stands in contrast with how some other legal sports betting states handle niche sports or offbeat betting events, from table tennis to hot dog eating. In New Jersey, for example, each sport has to be approved by the gaming division on a case-by-case basis.

A representative of FanDuel Sportsbook told US Bets on Thursday that they haven’t seen Tyson-Jones “approved by a regulator yet.” FanDuel operates in nine states in either mobile or brick-and-mortar form, and that approval is likely to vary from one jurisdiction to the next.

Maybe Mike Tyson vs. Roy Jones betting is coming to a sportsbook near you. Maybe not. If it does, as with once-great fighters in their 50s taking punches, extreme caution is recommended.