You may not have asked for it, but you're getting it anyway: Our favorite picks for the hotly anticipated NFL Week 1. 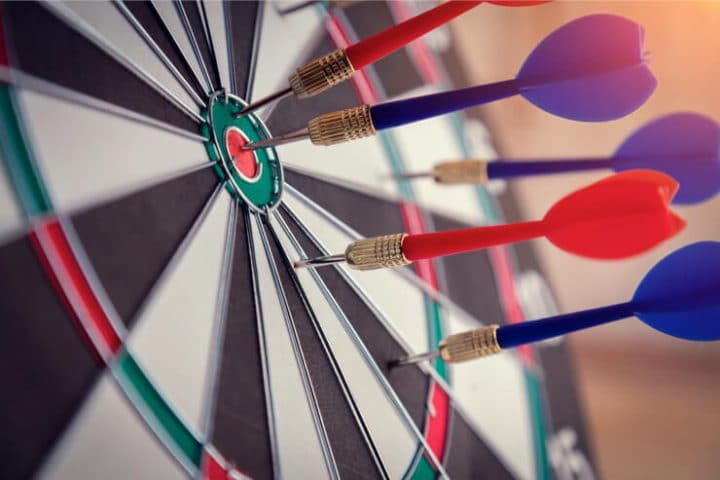 NFL Week 1 is upon us, and our Slack channels are bustling with activity — not so much about work, but about our betting picks for the upcoming slate of games.

Sides, totals, props: You name it, and the US Bets staff has been diligently analyzing it. Which isn’t to imply we’re actually any good at picking winners, just that we’re giving it an honest go.

So without further ado, here are our favorite sports betting picks for the first NFL Sunday of the 2019 season. Piggyback us at your own peril … eh, risk.

I can’t limit myself to just one bet. I’m going with two that would both qualify as my absolute-sure-thing-guarantee-lock-of-the-week whale plays if I was enough of a shameless huckster to promote such things.

If you’re an Eagles fan like me, don’t you want to watch the Cowboys-Giants game rooting for both teams to stink? Consider the following: Offenses tend to be out of synch in Week 1, especially with starters now sitting out almost the entire preseason (see last night’s Packers-Bears game); Eli Manning has no receivers; Eli Manning is Eli Manning; Ezekiel Elliott held out until two days ago. Look at recent history: These teams met in Week 2 last year and combined for 33 points; the previous year they clashed on Week 1 and produced 22 points; the year before that, they put up 39 points against each other in Week 1. Dallas plays a grind-down-the-clock, ball-control style anyway. Rooting for the under is never fun … unless the teams are both the mortal enemies of your team, in which case it’s both a fun play and a smart play.

I don’t feel great about the Eagles covering the full 10 points, even against an inept Washington team, and the Steelers getting 5½ at New England feels like a stay away. But if you put the two PA teams together on a tease, you can get the Eagles all the way down to -3 and get a comfy 12.5-point cushion with Pittsburgh. You have to lay -143, but it’s better than the -150 you’d have to lay for the same bet at FanDuel Sportsbook. Famous last words here, but it’s hard to see how either of these in-state teams lets you down.

Week one, baby!! We don’t know very much about the 2019 rendition of each team at this point, but I’m picking up the scent of a Super Bowl hangover in Los Angeles. And I think Carolina, if Cam Newton stays healthy, always a big if, is poised for a bounceback. Their front seven is stacked and Jared Goff doesn’t do very well against pressure. I think the Panthers win outright here as hosts to the defending NFC champs, but give me the widely available +2.

(I also like the Giants getting 7.5 at Dallas, but didn’t want to be a homer. That should be a close game.)

In what proves to be among the more interesting games of the week, two divisional rivals and supposed fringe wild card contenders face-off. (Whether either of these teams will finish better than 7-9 is largely up for debate.) I’m no football bettor, but I’m going to go with the Buffalo Bills, and their new-look offense. Yes, the Jets have Le’Veon Bell now, but I can’t put too much stock in a guy who hasn’t played a pre- or regular-season game in close to two years. Give me the favorable money line of +130 on what I believe to be a pick’em.

Despite missing the playoffs in 2018, the Jaguars did not allow 300 yards in net passing in a single game last year. Jacksonville still has the same punishing defense that pressured Tom Brady up the middle in the 2017 AFC Championship and added intimidating edge rusher Josh Allen, a presumptive favorite for NFL Defensive Rookie Of The Year.

Mahomes, the reigning NFL Most Valuable Player, is coming off a historic season where he passed for at least 300 yards in 10 regular-season games. The wager, a multiplier bet (passing yards times touchdowns), asks bettors to predict either that Mahomes’ figure will eclipse 959 points or fall under 845. (You can’t bet on a number in the middle.) In order to hit the over, Mahomes needs to throw for at least 320 yards and toss three touchdowns, or put up a stat line of 256 passing yards and four TDs as he did in last season’s opener to land on the over. The under seems like the right play.