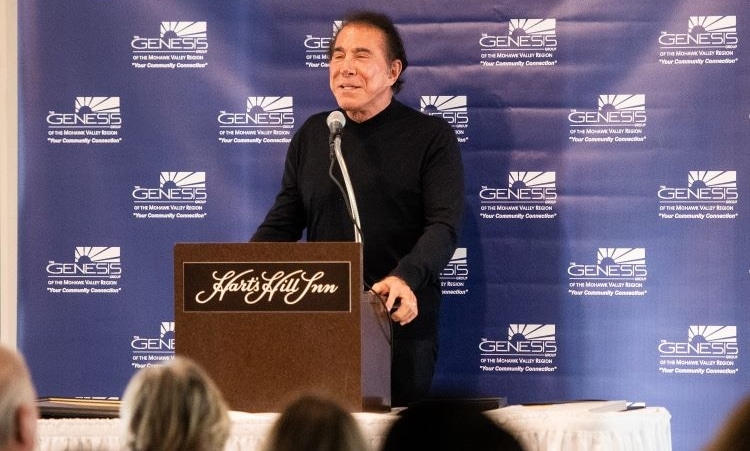 The U.S. Department of Justice filed a lawsuit against former Wynn Resorts CEO Steve Wynn on Tuesday, seeking to compel the erstwhile casino mogul to register as a foreign agent of the government of China.

The civil enforcement action against Wynn stems from allegations that he made numerous requests to the administration of former U.S. President Donald Trump on behalf of the Chinese government to remove a Chinese businessman from the United States. According to the complaint, the Justice Department asked Wynn to register under the Foreign Agents Registration Act (FARA) as an agent of China three times since 2018, most recently in April.

In a letter dated April 13, the Justice Department reiterated its stance that Wynn had an obligation to register under the act. As of Tuesday afternoon, Wynn had failed to register as an agent of China and the nation’s Ministry of Public Security (MPS), according to a May 17 complaint.

The DOJ said it had advised Wynn repeatedly over the last four years to register as a foreign agent, but he has refused. https://t.co/KTzncLw46d

“Steve Wynn has never acted as an agent of the Chinese government and had no obligation to register under the Foreign Agents Registration Act,” Wynn’s attorneys, Reid Weingarten and Brian Heberlig, said in a statement provided to the Associated Press. “We respectfully disagree with the Department of Justice’s legal interpretation of FARA and look forward to proving our case in court.”

Wynn Resorts declined to comment on the matter when contacted by US Bets on Tuesday evening. The civil action represents the first lawsuit filed by the Justice Department under FARA in more than three decades.

“The filing of this suit demonstrates the department’s commitment to ensuring transparency in our democratic system,” U.S. Assistant Attorney General Matthew Olsen said in a statement. “Where a foreign government uses an American as its agent to influence policy decisions in the United States, FARA gives the American people a right to know.”

Wynn, a real estate developer and art collector, oversaw the construction of Wynn Macau, which opened in 2006. Wynn Resorts added the Encore at Wynn Macau in 2010, then opened another property, the Wynn Palace, in Cotai, Macao, in 2016.

The allegations against Wynn

Over a three-month period ending in August 2017, Wynn allegedly urged the Trump administration to cancel a visa and deport a Chinese businessman, who sought asylum in the U.S. Wynn engaged in the efforts at the request of Sun Lijun, who then served as vice minister of the MPS, the lawsuit alleges.

The businessman who left China in 2014 was later charged with corruption by the Chinese government. Wynn was named finance chairman of the Republican National Committee in January 2017, a position he held for approximately a year until early 2018.

Trump reportedly received a letter from the Chinese government in 2017, delivered by Wynn, requesting the deportation of Guo Wengui, a real estate magnate who had fled China three years earlier. While Trump expressed some interest in deporting the businessman, the move was met with resistance by other senior U.S. government officials, the Wall Street Journal reported. At the time, Wynn Resorts questioned the accuracy of the reporting pertaining to Mr. Wynn.

Prior to Guo’s departure from China, the businessman was under investigation for more than a dozen criminal inquiries, the Journal reported, citing Chinese law enforcement sources. The investigation pertained to allegations of money laundering, bribery, and fraud, according to the report — allegations that Guo denied. The Justice Department did not mention Guo by name in Tuesday’s complaint.

The Justice Department said that by serving as a middleman for the Chinese government, Mr. Wynn acted as a foreign agent and must register as one. https://t.co/r9n0uA7tF2

At one point, Guo was one of the richest billionaires in China, with an estimated net worth of $1.1 billion in 2015, according to Forbes. In the same year,  Guo purchased a $67.5 million Central Park apartment in New York City, one that he apparently sold weeks later. He has also been a member of Trump’s Mar-a-Lago Country Club in West Palm Beach, Florida.

In a considerable fall from grace, Guo filed for bankruptcy in February, while declaring debts in the range of $100 million to $500 million. In the Connecticut bankruptcy filing, he listed assets of $50,001 to $100,000. The Pacific Alliance Asia Opportunity fund, Guo’s largest creditor, listed a claim of $254 million.

While dining with Trump and other administration officials in June 2017, Wynn conveyed the Chinese government’s desire to have the businessman deported, federal prosecutors allege in the complaint. At the dinner, Wynn also allegedly disseminated passport photos of the businessman to Trump’s secretary, according to the complaint. Over the three-month period through that August, Wynn allegedly had eight phone calls with Sun, the Chinese official, lasting an average of about 30 minutes.

During that period, Wynn allegedly made contact with multiple Trump administration officials, according to the complaint. In a July 2017 meeting, Wynn allegedly informed the White House chief of staff and two senior officials from the National Security Council that Chinese officials were “very interested”  in having the businessman returned to China as soon as possible. Wynn also allegedly visited the White House on multiple occasions around August 2017, including several apparent “unscheduled meetings” with Trump, prosecutors state.

Wynn is obligated to register under FARA because he engaged in political activities on behalf of Sun, then vice minister of the Chinese agency, according to the Justice Department.

The Defendant is obligated to register under FARA because, through his communications with and lobbying efforts directed at then-President Trump and the Trump Administration, he engaged in political activities by seeking to influence U.S. Government officials “with reference to formulating, adopting, or changing the domestic or foreign policies of the United States, or with reference to the political or public interests, policies, or relations” of the PRC, for or in the interests of the PRC. 22 U.S.C. § 611(o).

The Defendant lobbied multiple people in the Trump Administration, including
then-President Trump, on at least three separate occasions, to have the PRC national removed,
and he did so at the request of at least one PRC official, Sun. As such, he acted as an agent of a
foreign principal under FARA. 22 U.S.C. § 611(c)(1)(i).

–Attorney General of The U.S. vs. Stephen A. Wynn, Complaint For Declaratory and Injunctive Relief, May 17, 2022.

Wynn stepped down as CEO of Wynn Resorts in February 2018 amid sexual misconduct allegations, which he denied. (In July 2020, a federal judge dismissed a lawsuit brought against against Wynn Resorts Ltd. by nine anonymous women, who claimed that they were sexually harassed by the mogul.) Prior to his resignation, Wynn was scheduled to renegotiate licenses in 2019 to operate casino properties in Macau, according to the complaint. Furthermore, prosecutors alleged that Wynn mentioned his business interests in Macau to Sun, the Chinese official, on multiple occasions.

“Obviously, I disagreed with the Justice Department, which is why I have not registered,” Wynn told the Times via text message.