Many myths surround legalization of sports betting and other gambling, which a UNLV report attempts to address with factual data. 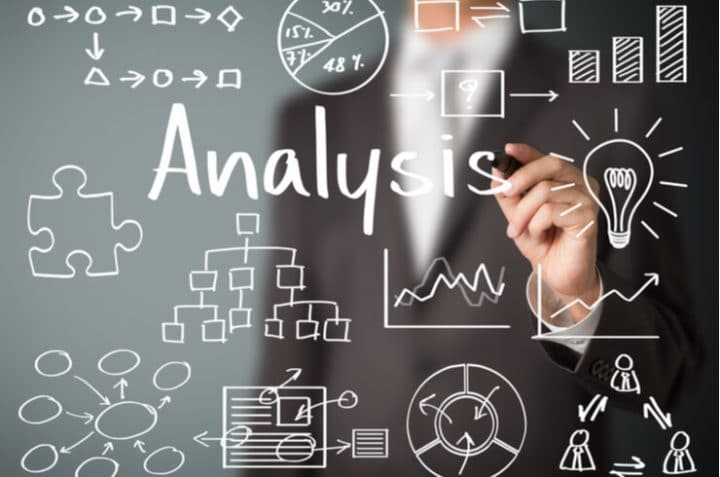 Anyone in the media who has covered statehouse legislative debates — or congressional ones — knows that few lawmakers seem to have a firm grasp of the issues surrounding legal, regulated sports betting and other gambling expansion in the U.S.

So last week the UNLV International Gaming Institute (IGI) published a report aimed at those very lawmakers and potential regulators as well as the general public. Also helpful: The report, its authors note, is “written in an accessible style, free of academic jargon.”

The report was sponsored by a charitable foundation set up by European industry giant GVC Holdings, which was said to have no input on the findings.

The Wire Act, UIGEA, and PASPA — a holy trinity of the last 60 years of regulation, and the confusion they created — are explained simply and concisely.

“Integrity” comes up next — appropriately so, given the major American sports organizations’ focus for years on using the term in defending PASPA, attempting to claim a sliver of expanded sports betting revenue, and using the term to try to fend off a $150 million lawsuit by New Jersey’s thoroughbred horsemen.

The authors make the salient point:

“Ultimately, sports leagues and sports wagering businesses are both reliant upon games’ underlying integrity — that is, ensuring that the games are fairly contested, based solely on the merits of athletes’ performances, without influence from those seeking to affect the outcomes for wagering purposes. For sports leagues, if the integrity of a league’s games is compromised (or even called into question), the sport is likely to lose fans. … Similarly, if the integrity of a gambling game is compromised, the ‘fans’ of sports wagering will lose interest in gambling.”

Nevada and numerous European countries have decades of experience in the gaming industry, and those sportsbooks inevitably are the ones that detect “match fixing” and notify the impacted sports league.

As far as socioeconomic impacts, the study found that “the most harmful type of gambling is illegal gambling, such as illegal card rooms or offshore gambling websites that cater to customers in jurisdictions where online gambling is banned. These activities do not come with typical benefits (like health care for workers or taxes for governments), and the costs cut deep, as there are typically no responsible gaming programs in illegal settings, and, by definition, criminal activity is rampant.

“At the other, positive end of this spectrum of impacts for local jurisdictions are tourism-oriented integrated resorts, which can provide upwards of 10,000 jobs at a single facility, and that typically ‘export’ problem gambling issues back to tourists’ home jurisdictions.”

That’s a fair analysis from a local standpoint, but raises some alarms which are addressed later in the report.

While studies of compulsive gambling date back at least to around the opening of Atlantic City casinos in the late 1970s, “problem gambling prevalence rates have remained remarkably stable, indicating that growth in gambling opportunities and growth in gambling problems do not happen in lockstep.”

A 2006 study in South Africa drew this conclusion:

“If a jurisdiction introduces new forms of gambling and does nothing else, it will most likely experience an increase in the incidence of problem gambling.

“However, if the jurisdiction combines the introduction of new forms of gambling especially with an effective public awareness campaign about the dangers of gambling and how to avoid them, it is likely to experience a decrease in problem gambling numbers and even in the numbers of people who gamble regularly as well.”

If that conclusion is accurate, then lawmakers who have well-placed concerns about compulsive gambling can contribute by ensuring that colleagues more eagerly backing gambling expansion do so only with proper safeguards in place.

The report explains it this way, in one of the most important excerpts in the entire 33-page document:

States must take that issue seriously

“Any state that enjoys the benefits of legalized gambling, including lotteries, casinos, horse racing, sports wagering and/or online gambling, should also provide funding support for problem gambling services in the state. ”

But do states that offer such gambling take the treatment process for compulsive players seriously? Not necessarily.

“According to a 2020 study that examined 14 specific jurisdictions to determine whether the state funds were used for their intended purpose, only six states — NV, NJ, MD, NY, IN, and PA — were determined to have allocated tax funding for problem gambling/responsible gaming services during the most recent fiscal year. The other states did not spend the allocated funds for problem gambling services.

“Instead, these funds were either partially diverted to support issues aligning with other legislative priorities or the dedicated funding streams for such services and programs were decreased or eliminated.”

Rather than debate with legislators who have reservations about gambling expansion, industry backers would do well to recommend programs that could make that state an industry leader in addressing problem gambling.

Many lawmakers would be gratified to see their state listed alongside the six above.

Another key challenge in educating lawmakers is that many simply don’t want any online gambling to exist. That sentiment is not unreasonable, in the abstract. But it’s also delusional, of course.

“It is vital that governments choosing to legalize online gambling participate in a delicate dance, allowing content that can compete, with strong regulatory systems and protections. The impacts of getting this dance wrong are substantial.

“A recent large-scale peer-reviewed study in France examined demographics and levels of harm among those who gamble on licensed, legal websites versus those who gamble in unlicensed, illegal settings. These researchers found that bettors on unlicensed sites were more likely to be younger, less educated, out of work, and suffering from financial difficulties.”

Legalized online gambling — sports betting and casino gaming alike — is heavy on the minds of countless jurisdictions, and the study finds that it falls between the ends of the spectrum, though “likely closer to the positive end of the spectrum.”

The key advantage of regulated online gambling is that the operator can track every bet and thus detect any huge change in the consumer’s typical  behavior. That’s the message that those supportive of legalized gambling expansion sometimes have struggled to get across.

The report’s conclusion: “In our view, the best solution to illegal gambling is strict but sensible regulation that provides for adequate levels of consumer protection, while also allowing licensed operators to introduce sufficiently attractive customer offerings to compete in this marketplace, while also including strong responsible gaming programming in support of those who develop gambling problems.”

‘Loyalty’ not always a magic word

One mostly-overlooked gambling issue is “loyalty programs,” which in states new to legal sports betting or online casino gaming can lead to operators offering eye-popping incentives to sign up.

That’s a consumer benefit for most, but the study notes that studies have found that gambling advertising “triggered gambling impulses among problem gamblers, increased already high gambling involvement and made it more difficult to adhere to a decision to stop or curtail their gambling.”

In-play sports betting, which has exploded in the past two years as new states keep coming aboard, can be even more problematic for compulsive gamblers.

“Clearly, any legalization of sports wagering and/or online gambling should be accompanied by codes of conduct, and appropriate compliance and review capacities.”

Finally, the study illuminates a point that some anti-gambling elected officials may not understand: They are among a small group.

“A review of industry research since the mid-1990s suggests that Americans’ attitudes towards the gambling industry have become increasingly favorable, with over 86 percent considering casino gambling to be a fully acceptable form of entertainment in 2019, compared to 11 percent that found it an unacceptable activity for anyone. This contrasts with the 79 percent of Americans that found casino gambling acceptable in 2006 (with 18 percent deeming it unacceptable).”

” It would seem from this evidence that while gambling continues to have critics, its acceptance is growing in America — most visibly, of late, with sports wagering.”